HomeHow toHow to level up weapons fast in Call of Duty: Vanguard
How to

How to level up weapons fast in Call of Duty: Vanguard 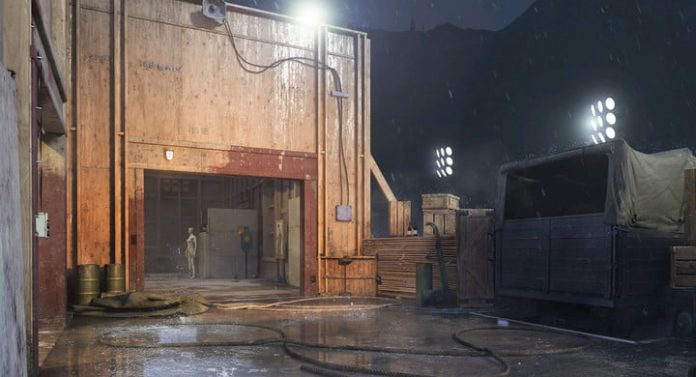 One of the most noteworthy issues with Call of Duty: Vanguard‘s Multiplayer mode is its slow progression. As we’ve covered before, there are far too many weapons and attachments to unlock, putting casual players at a disadvantage when compared with those who play more frequently. By default, it can take six hours or more to fully level up one weapon — and that’s if you know what you’re doing. Newcomers will require much more time to reach max level with a weapon. But is there a way to level up your Vanguard guns faster?

Thankfully, there are multiple ways to decrease the grind, and the best part is that many XP boosts actually stack, meaning you can blast through weapon ranks if you’re prepared. Here’s how to level up weapons fast in Call of Duty: Vanguard.

Before getting into the numerous ways to boost your weapon XP, it’s important to cover the basic fundamentals of leveling up your guns in Call of Duty: Vanguard. Unlike in Warzone, you can’t earn weapon XP by completing objectives. Only kills and assists will reward you with weapon XP, which is a shame because it encourages players to focus on eliminations rather than playing the objective. Nonetheless, it’s smart to plan on small maps like Das Haus and Shipment, as they’re fast, chaotic, and an easy way to rack up kills quickly. Depending on the mode, you might be able to get 70 eliminations or more, which will make a major dent in reaching the max level with a particular weapon.

Keep in mind, kills and assists are the only ways to earn weapon XP. Headshots and medals (like Buzzkill) do not reward you with additional XP. Though you should still prioritize headshots to take down your opponents faster.

On smaller maps like Das Haus, it pays to be deliberate with your attacks rather than simply running around like a headless chicken. Pro players can get away with running around quickly, but if you’re struggling, we recommend taking it slowly so your enemies come to you instead of the other way around.

Now that you understand how basic weapon XP works, let’s dive into the many ways to speed up the process. One of the easiest ways to level up quickly is to utilize the Surplus Kit, which is an attachment available for all weapons. This Kit gives you an additional 20% weapon XP boost, so it’s absolutely worth using — especially since this attachment slot doesn’t have any other game-changing options.

Surplus is typically unlocked around weapon level 30, so it will take some time to acquire it. But once you do, you should leave this attachment on until you reach max weapon level.

We touched on this as part of our Vanguard beginner tips guide, but we’ll reiterate it here. If you join a clan and then play with at least one other clan member, you’ll automatically gain an additional 10% weapon XP. While this isn’t always practical since you have to match your schedule with another player’s, it’s something you should be aware of as you play. This boost applies to Operators and to your general level as well, which is nice considering you don’t have to do much.

XP Tokens are an obvious method of speeding up the leveling process, but there are a couple of things you should be aware of before using one. Firstly, you gain these as rewards from leveling up the battle pass, which is shared across Black Ops Cold War, Warzone, and Vanguard. You can also acquire XP Tokens from certain Doritos and Mountain Dew products as part of a marketing promotion and as a pre-order bonus.

You should be aware that an XP Token is active as soon as you enable it, even while on the menus. This means you should make sure you have enough time to actually make use of the XP tokens so you don’t waste them (don’t sit at the main menu while an XP Token is active). On top of that, Tokens don’t stack, at least in terms of the multiplier. The timers for multiple Tokens do stack, but that’s pretty much where the stacking stops.

The other thing you should know is that you can use XP Tokens from other games in Vanguard. Based on how the progression works across games, your Tokens don’t actually carry over older games, but that doesn’t mean you can’t still use them in Vanguard. If you have a Token in Warzone or Cold War, you can activate one and then swap over to Vanguard to still reap the benefits. Although it won’t tell you the Token is active in Vanguard, you’ll still gain additional XP using this method. Based on testing done by YouTuber TheXclusiveAce, it seems like using this method won’t actually give you twice as much XP, but the multiplier seems to be around 1.6 or 1.7. Even though it’s not double the multiplier, this method is still worth using.

One of the XP methods that has gone under the radar is the implementation of an Operator’s favorite weapon. Each Operator has a favorite gun that gives you additional weapon XP when used. This is a 10% boost, which isn’t much, but considering you don’t have to make much of an effort for it to work, it’s worth trying. To use this method, you need to have the Operator and their favorite weapon equipped. For instance, Polina’s favorite weapon is the 3-Line Rifle, so if you plan on using that gun, you might as well equip this Operator. Keep in mind, not every weapon has an Operator that gives additional XP.

The best thing about these methods is that they all stack. According to TheXclusiveAce, combining the Clan boost with the Surplus Kit and an Operator’s favorite weapon will give you an additional 1.45x XP bonus. Then, when you add a 2XP Token on top of that, the multiplier goes up to 2.9x, which is a substantial boost. For best results, make sure you’ve got a Clan member to play with, and then assuming you’re implementing the other leveling methods, enable a weapon XP Token, and you’ll earn nearly 3x weapon XP.

How to share an Apple TV+ subscription with your family

How to level up weapons fast in Call of Duty: Vanguard