HomeHow toHow to get Boba Fett in Fortnite
How to 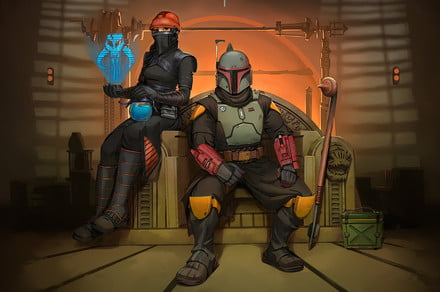 Boba Fett, the fan-favorite bounty hunter, will be added to Fortnite as a playable character in December. This character joins the ever-expanding Fortnite lineup, featuring familiar faces from beloved franchises that come from comic books, TV shows, movies, and other video games.

How to unlock Boba Fett in Fortnite

Boba Fett will be making his arrival on the Island December 24, 2021 at 7pm ET! #DisneyPlusDay pic.twitter.com/cj9iC6WRBZ

Boba Fett will launch in Fortnite on December 24 at 7 p.m. ET. This will coincide with the launch of the Disney+ show The Book of Boba Fett on December 29, following the story of the famous bounty hunter from the Star Wars series.

Epic Games has yet to reveal just how Boba Fett will be unlocked, but we can presume the Star Wars character will be added to the Item Shop. Many of its most popular characters like Master Chief, Kratos, and Jill Valentine were added to the Item Shop, meaning they had to be purchased with V-bucks. Typically, there are multiple bundles that coincide with character skins, featuring cosmetics like emotes, Back Bling, and loading screens.

If Boba Fett is added to the Item Shop rather than being unlocked via an in-game quest, you can expect the skin to cost around 1,500 V-bucks. It’s possible it will be slightly more or less, but typically, 1,500 is the sweet spot.

Remember, 1,000 V-bucks is equal to around $8, so you’ll need to shell out more than that if you don’t have enough saved up already. You can only purchase V-bucks in five different denominations, including:

Remember, you can earn V-bucks by leveling up the Battle Pass or by purchasing them with real money.

When you purchase cosmetic bundles from the Item Shop, you do “save” money rather than buying items individually, so if you want the additional items, this is definitely the way to go. Typically, the least expensive option is to buy the outfit, which often comes with an emote or something else.

One thing that isn’t clear is whether Fennec Shand — who is seen sitting next to Boba in the promotional art — will be available to unlock as well. It’s common for Fortnite to have multiple characters released alongside one another, such as Daryl and Michonne from The Walking Dead and Ripley and the Xenomorph from Alien, so it’s possible Fennec and Boba Fett will be available as part of a package.

We will update this article once we receive confirmation of how Boba Fett will be unlocked in Fortnite.