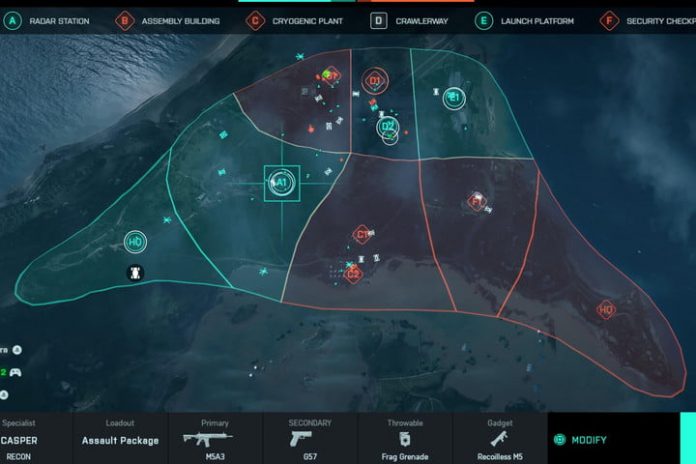 Battlefield 2042 is all about teamwork. The only way to win games is to capture and hold sectors in the two available game modes: Conquest and Breakthrough. However, capturing sectors isn’t as simple as standing under the flag. Battlefield 2042 introduced objectives within sectors, which shook up the formula in a fantastic way. With plenty of gadgets and specialist abilities to choose from, a coordinated squad can capture and defend any flag if they know what they’re doing. So, how do you capture a sector in Battlefield 2042, and what are some helpful tips and tricks for holding them?

What’s the difference between objectives and sectors?

In Battlefield 2042, sectors are the standard zones labeled by letters (Sector A or Sector Alpha). Larger sectors break down into objectives (Sector A1 and A2 or Alpha One and Alpha Two). Each map varies which sectors are split into multiple objectives. However, it’s safe to assume that sectors in the middle of the map divide into several objectives, as those are the ones players fight over the most. To fully control a sector, a team must control all objectives inside that sector. The team holding the most sectors will deplete troops much slower than the other team.

How to capture an objective in Battlefield 2042

To capture an objective, more players on your team must be standing within the capture zone. The capture zone is indicated by a translucent gray area on your mini-map that surrounds the flag in the center. The more players in the area, the faster it will capture. However, if enemy players are in the sector, the capture meter will slow down and eventually stop as more enemies show up. You’ll know enemies are moving in as the balance meter at the top of your screen indicates how many friendly and enemy troops are in the area.

Keeping an eye on the balance meter is a good strategy for determining how to capture an objective. If it’s a 3-versus-1 situation, you and your squadmates can fan out until someone finds the single enemy. While one player might get killed, their squadmates can always revive them. If it’s evenly split, like 2-versus-2, you should stick together to locate the other duo.

If you’re the lone soldier attempting to capture an objective full of enemies (1 versus 3 or 1 versus 4), stay hidden until your squadmates can spawn on you. As long as you’re staying out of combat, your squad can spawn in to flip the table on enemies in the capture area. As a bonus tip, you can always equip a silencer to keep yourself off the radar if you have to fight.

You can also capture an objective from inside a vehicle. As long as the vehicle is inside the capture zone, anyone inside counts toward the player total. However, we recommend you keep moving. A stationary hovercraft is an easy target for the Recoilless M5.

How to hold objectives in Battlefield 2042

So you’ve captured an objective. Now you have to hold it. Here’s where specialist gadgets, positioning, and communication come into play.

The best specialists to hold objectives with in Battlefield 2042 are Dozer, Irish, and Boris. Each comes with a unique ability to keep enemies from overpowering them long enough for reinforcements to arrive. Let’s dig into how to use their skills and gadgets.

Dozer is something of a juggernaut. Passively, he has more resistance to explosive damage and comes with an equipable Ballistic Shield. Similar to the Riot Shield in Call of Duty, Dozer can deflect incoming small arms fire. While he can deflect bullets from standard-issue weapons, he can’t go toe to toe with a tank or helicopter. Dozer can act as a mobile shield for others to hide behind.

Irish with a sniper rifle is pretty deadly. His Fortification System deploys a waist-high shield that can absorb a ton of damage. Irish can line up his shots with a sniper in hand and then pop up from cover to take out approaching enemies. This trick works wonders as a counter-sniper technique, too. Irish can line up his shot since he can see the glint of an enemy sniper through the shield. As long as you’ve accounted for bullet drop, Irish can quickly stand up and shoot before the enemy sniper has a chance. Irish can also deploy his shield on the move, allowing him to move up on enemies, drop the shield, and hunker down out in the open.

Boris is all about putting extra firepower on the battlefield. His turrets are deadly accurate and prove pretty helpful, if nothing but a distraction. His turrets receive a buff when Boris is nearby. If Irish places a shield down to keep Boris safe, his turrets will do the dirty work for him. Placement-wise, you’ll want to put turrets somewhere with a clear sight line. Putting them in a doorway is counterproductive, especially since most of the fighting takes place outside anyway. Determine where you think most enemies will come from, and plant the turret there.

With those three tank-ish specialists holding the objectives, it’s still helpful to have a few medics on standby to keep everyone alive. A pretty lethal combo would be Boris behind a shield with a sentry turret nearby. Then, Angel can supply him with armor and a medical crate, then pick him up when he inevitably goes down.

Benefits of capturing sectors in Battlefield 2042

Outside of winning the game, there are XP benefits to capturing and holding sectors in Battlefield 2042. Capture enough objectives to earn a 1,000 XP ribbon at the end of each matcher. Furthermore, each capture grants 350 bonus XP. You’ll also earn bonus XP for defending the sector from incoming enemies.