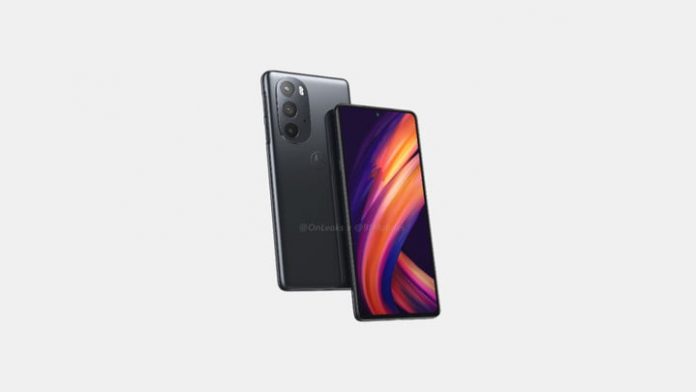 Motorola is prepping to launch a high-end device powered by the next-generation flagship Qualcomm chipset. The Motorola Edge X renders and specs have leaked online, which hints at an imminent launch. It is expected to be dubbed as Motorola Edge 30 Ultra in some regions, but will likely launch as the Edge X in the U.S., which tends to follow a different naming convention. As seen on the renders, it could feature a punch-hole camera cutout on its OLED display.

The latest development comes from 91Mobiles, which has collaborated with Steve Hemmerstoffer, aka OnLeaks, to reveal the details about the upcoming Motorola device. The smartphone is tipped to come equipped with a 6.6-inch OLED display that could have a 144Hz refresh rate and support for HDR10+. It will have a power button on the left, and the volume rocker and probably a Google Assistant button on the right edge. The display is claimed to be flat with no curved edges.

The Motorola Edge X could have a rectangular module to house triple cameras, LED flash, and a noise-canceling microphone. It is tipped to sport a 50-megapixel OmniVision OV50A primary lens, which is likely to be accompanied by a 50MP Samsung JN150 ultrawide sensor and a 2MP OmniVision OV20B1B depth sensor. On the front, you might get a 60MP selfie shooter, which would be the highest number of megapixels on any mainstream smartphone.

The Motorola Edge X could be powered by the Qualcomm Snapdragon 898 SoC, which is supposed to be launched in the upcoming weeks. The smartphone could have 8GB/12GB LPDDR5x RAM paired with 128GB or 256GB UFS 3.1 storage options. It is likely to boot Android 11 with Motorola’s skin on top. It is also said to have support for stereo speakers and an IP52 rating.

If all of this turns out to be true, it’ll be Motorola’s first premium flagship over the course of the past year. Up until now, the company has largely released devices in the budget and midrange segment, including the Moto Edge and Moto G Pure. The Moto Edge X, on the other hand, looks like a rival to other top-tier phones we’re expecting to see in the coming year, like the rumored Samsung Galaxy S22.