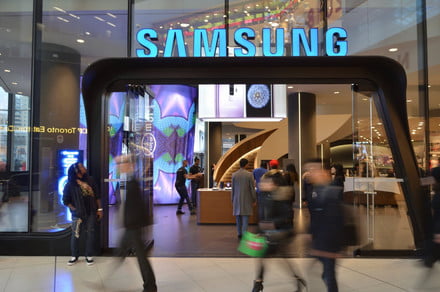 Samsung is betting big on Qualcomm next year, with nearly half of the company’s 2022 lineup set to be powered by Snapdragon processors. According to South Korean publication The Elec, Samsung intends to use Qualcomm chips on 31 of the 64 devices it plans to launch next year. The report is based on a purportedly leaked internal document that details Samsung’s smartphone shipping plan for 2022.

Apart from the 30-odd Qualcomm-powered devices, Samsung also intends to launch 20 devices that will use its own Exynos processors. MediaTek and Unisoc chipsets also find a mention in the document with 14 and 3 models, respectively. If you do the math, you’ll realize that this adds up to 68 devices — and not 64 devices, as the original report says. We think the discrepancy in numbers could be because Samsung counts the Exynos and Snapdragon variants of their phones as one device family.

Hours after The Elec published the report, at its just-concluded Investor Day 2021, Qualcomm revealed that close to 50% of Samsung Galaxy S22 series shipments for 2022 will be Qualcomm-powered devices. This contradicts earlier reports about the likelihood of Samsung choosing not to launch Exynos-powered variants of the Galaxy S22 at all. The company, therefore, is likely to stick to its tried-and-tested strategy of launching Snapdragon 898- and Exynos 2200-powered Galaxy S-series models next year as well.

Qualcomm appears to have a commitment for 40-50% of the flagship Samsung Galaxy S series phones in 2022. @Qualcomm pic.twitter.com/IL10UHPe7S

From what we know thus far, the Samsung Galaxy S22, S22+, and the S22 Ultra will all get their respective Qualcomm and Exynos variants. The company’s next-generation foldable lineup — the anticipated Galaxy Z Fold 4 and the Galaxy Z Flip 4 — will continue to use Qualcomm chips. There is already talk about the Galaxy S22 Fan Edition, which the company intends to release later in 2022 — albeit in an Exynos-only variant. It is important to note that this report is premature since Samsung has yet to launch that phone’s predecessor, the Galaxy S21 FE, though we have a decent reason to believe it’ll arrive in January or February 2022.

As for Samsung’s bread-and-butter M-series and A-series devices, which sell in huge numbers in emerging markets, these phones will mostly use Samsung’s own Exynos chips. There will be some exceptions like the new A32, M32, A02, and the A03 — all of which are rumored to be powered by MediaTek chips. For those intending to buy a Samsung tablet in 2022, please note that there is a strong likelihood that it’s going to be an all-Exynos affair, with the likes of the Samsung Galaxy Tab S8, S8 Ultra, and S8 Plus all slated to use the Exynos 2200 processor.

Samsung might have every intention to stick to this plan, but as seen in the case of the Galaxy S21 FE, the looming threat of the ongoing chip shortage could lead to last-minute postponements and delays.