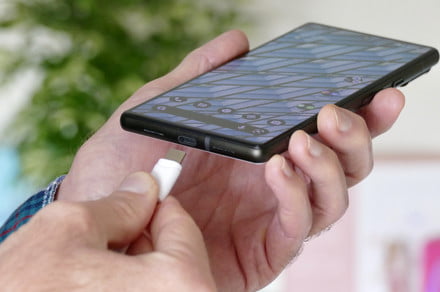 Google’s Pixel 6 and Pixel 6 Pro were initially thought to charge at up to 30 watts, but were found to actually charge at substantially slower speeds than that. Now, Google has confirmed that the Pixel 6 does in fact charge at closer to 20W to help preserve the long-term battery life of the newest Pixels.

Writing on the Pixel community forums, a Google community manager explained: “We’ve optimized Pixel’s lithium-ion battery for high charge rates when the battery level is low. Pixel 6 can get up to 50% in around 30 minutes (with Google’s 30W USB-C power charger), and quickly reaches up to 80% in about an hour, depending on device usage and temperature. The peak power that Pixel 6 and Pixel 6 Pro draw from the wired charger is 21W and 23W, respectively. As the battery gets closer to full, charging power is gradually reduced in order to improve battery longevity.”

Google says the Pixel 6 should, however, get all-day battery life. The company’s adaptive charging feature means that the phone should learn your usage patterns over time and reduce battery burn so that you won’t have to charge it too many times.

It’s clear that Google does see Apple as the standard to aim for here, as the iPhone 13 Pro Max charges similarly slowly, reaching 80% in just over an hour based on Dxomark’s calculations. On the other hand, for Android phone users who are used to having a full charge in just over an hour, Google’s otherwise reasonable stance becomes more than a little underwhelming.

This marks a continued trend of the Pixel 6 and Pixel 6 Pro underperforming when it comes to expectations in the battery department. The battery doesn’t charge as quickly as Google implied, nor is it as fast to fill up as Android rivals. It’s also not as long-lasting across the board, with some getting impressive battery life and others seeing average to poor results. It’s an unfortunately inconsistent follow-up to the excellent Pixel 5a and it makes a poor rival to the iPhone 13 Pro Max’s battery.