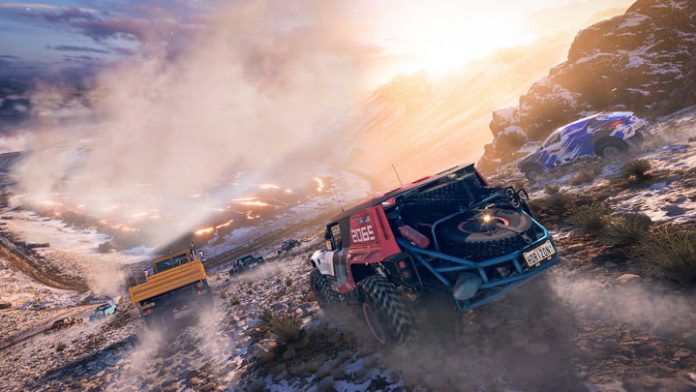 The Forza franchise has always been known for its graphical quality, and the most recent release, Forza Horizon 5, is no different. It’s a show-stopping game, but to achieve the best frame rate and performance on your PC, you’ll need the best settings for Forza Horizon 5.

You don’t have to change much to get Forza Horizon 5 performing well, and almost regardless of your settings, the game looks great. We’re going to run through the best settings we found through testing, as well as what performance you can expect when you boot up the game.

The best settings for Forza Horizon 5

Forza Horizon 5 has 17 graphics options, and that doesn’t include options pertaining to your display like the game’s built-in frame rate limiter. Like Forza Horizon 4, the newest entry in the franchise is highly scalable, and the options leave the door open to a lot of different configurations.

Using the Extreme preset as a baseline, we tested each setting individually to find the ones that offer the highest performance gains with the lowest drop in image quality. Here are the best settings for Forza Horizon 5:

There are a lot of interesting notes to point here. First, ray tracing. Forza Horizon 5 technically supports ray tracing, but you won’t see it in-game. Ray tracing is exclusively part of Forzavista, where you can view car models up close. We left the setting off for most of our testing, though we can confirm that there’s no performance difference in-game with ray tracing turned on.

For the settings that make a difference, we found the largest gains with shadows, shader quality, and reflection quality. You can actually turn the shadows off entirely, which resulted in a solid 8% increase in our average frame rate. The game doesn’t look great without shadows, but it doesn’t look bad, either. This is definitely an option if your hardware is struggling.

Shader quality represented the biggest increase in performance, though, increasing our average frame rate by a massive 14% at the lowest setting. We kept this setting to High in our optimized list because there’s a large trade-off in visual quality. But if you’re running into performance issues, shader quality is a good place to look.

Reflection quality brought a 9% increase at the Very Low setting, though once again, we compromised with the Medium setting in our optimized list. If you were hoping to earn some extra frames with SSR (screen space reflection) quality, don’t bother. We didn’t see any performance increase with this setting, even when we turned SSR off entirely. It looks terrible, too, implying reflections without actually showing them.

Forza Horizon 5 is a big-budget AAA game from 2021, but you wouldn’t know that from the system requirements. Where games like Far Cry 6 and Back 4 Blood call for the latest GPUs from AMD and Nvidia, Forza Horizon 5 only calls for an RX 590 or GTX 1070 with its recommended specs.

Those cards are powerful but much less than what we expected from a franchise known for its visual flare. As we’ll dig into in the next section, though, you’ll need a little more power if you want to turn all of the sliders up.

The good news is that Forza Horizon 5 doesn’t require a particularly powerful CPU, and if you have an older or low-end GPU, our testing shows that the processor doesn’t play much of a role past 1080p. We wouldn’t recommend going too far below the recommended specs, but as our results show, Forza Horizon 5 has a lot of bandwidth when it comes to performance.

Referencing the system recommendations, the RX 580 is just slightly slower than what the developers recommend. Usually, the recommended specs target 1080p with the highest quality preset, and the RX 580 doesn’t hit the mark. Even with our optimized settings, which mix Medium, High, and Ultra options, we couldn’t crack the 60 frames per second mark.

Still, our results show just how scalable the settings are in Forza Horizon 5. With the RTX 3070, we improved our frame rate by 40% at 4K with some moderate settings tweaks. At 1080p, where the GPU isn’t the only factor, we saw as much as a 52% increase. There’s a lot of performance between the Extreme and Low presets.

The RTX 2060 Super is a testament to that. This is a card that shouldn’t hit 4K at 60 fps in most modern AAA games, but we got close with our optimized settings. 54 fps at 4K with little visual downgrade is nothing to sneeze at, and if you tweak the settings a little further — particularly bumping shader quality down to Medium — you’ll easily crack 60 fps.

That leaves the RX 580, which wasn’t able to hit 60 fps at 1080p with our optimized settings. You’ll notice a smaller disparity in results with this card compared to the other ones as the resolution climbs. The in-game benchmark handily provides a GPU bound percentage, showing how much of an impact the CPU is having on performance. And with the RX 580, we hit 100% at 1440p.

It’s an important note — the game seems to stress low-end GPUs quite a bit, so you’ll need to experiment with settings more. Our optimized settings should be a baseline, but we recommend tweaking from there if you’re not getting the performance you want. Forza Horizon 5 includes a frame rate target, too, so the can dynamically adjust to hit 60 fps.

The most important takeaway, though, is that Playground Games once again created a technical marvel. We almost hit 30 fps at native 4K with an RX 580, which is insane. Outside of the performance range the settings provide, the visual quality is unmatched. Sure, the Low preset looks worse than the Extreme one, but it still doesn’t look bad. It’s hard to make Forza Horizon 5 look bad.