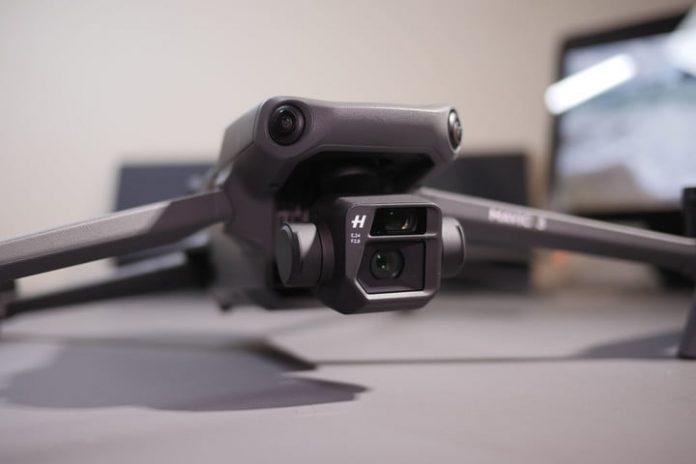 It’s been a long time, but the king has returned. Since its predecessor’s release in 2018, we’ve seen DJI roll out several exciting drones that have redefined the space. They’ve managed to attract first-time pilots with the Mavic Mini series while giving enthusiasts something to sink their teeth into with the Mavic Air 2 and Air 2S. Without question, the focus was on the entry-level and mid-range market, but with the announcement of the DJI Mavic 3, it’s a return to the flagship space.

While I enjoy piloting drones and capturing the occasional aerial shot, it’s not something I do full-time and make my priority. Honestly, I simply enjoy stitching together short clips of places where I visit and posting them on social media — that’s all. But let me just say that, after spending a week with the Mavic 3, it really cements the idea that it’s unquestionably the flagship drone in DJI’s Mavic series. Just note that I was running a pre-production firmware, so not all the drone’s new features have been tested.

There are a lot of new features that accompany the DJI Mavic 3, but if there’s one that stands out to me, it’s the Hasselblad dual-camera system. Instead of having two separate versions like its predecessor, the Mavic 2 Pro and Zoom, DJI brought the best of both worlds to its Mavic 3 — and let me tell you, it’s a satisfying union because of its versatility.

The Mavic 3’s 20-megapixel 4/3 CMOS camera sensor is, by itself, a step over the DJI Air 2S’s 1-inch CMOS sensor; it shows in the snapshots I captured. What’s particularly important to know here is that it has a native dynamic range of 12.8 stops, which is evident from the unedited photos below. For high-contrast scenes where there’s a clash of lighting, the Mavic 3 nicely neutralizes bright and dim spots — resulting in a snapshot that doesn’t wash out colors or overexpose other areas.

DJI says that the Mavic 3’s video recording tops out at 5.1K at 50 frames per second or at 4K at 120 fps, but the firmware I was running limited it to 4K at 60 fps. Despite that, I have to admit that the same stunning results and dynamic range are still evident in the video footage I captured. Missing were DJI’s various creative shooting modes —  Quickshot and Mastershots — but if it’s anything like on the DJI Air 2S, the Mavic 3 still allows inexperienced flyers the ability to quickly capture professional footage.

Its secondary 162mm telephoto lens with an f/4.4 aperture gives the Mavic 3 a distinctive advantage over most consumer drones because it allows you to get closer to subjects without the need to fly close to them. The end result is a telephoto lens with a 28x Hybrid Zoom, giving users added versatility in their shots.

It’s worth pointing out that the drone switches over to the zoom lens once you get to the 7x zoom level. I’m able to tell because the clarity is improved over its 4x zoom, which is basically a digital zoom. I personally wouldn’t try to go beyond the 7x zoom, because all the other zoom levels — including its max 28x zoom — are achieved by zooming digitally.

The large 4/3 CMOS sensor also helps out in low-light situations. The night shots look better than other drones I’ve tested — like the DJI Mini 2 and Air 2S — but there’s still room for improvement here, as extreme low-light settings still produce softer images with noise more evident in the shadows.

Aesthetically, the DJI Mavic 3 follows the same design language established by the first Mavic. Its wings fold up snugly to condense itself for easier travel, but if you’re used to carrying the Mini 2 or Air 2S, you’ll notice it’s heavier. Despite this, there are some notable specs to highlight with the Mavic 3: It has a top speed of about 47 mph, a transmission range of 9.3 miles, and a remarkable 46-minute flight time.

There’s something about flying for so long and uninterrupted with the Mavic 3 that I appreciate. I don’t have to constantly be worried about how far I need to stay from the home location before the battery gets too low. Another new change introduced here is that you can charge it directly via USB-C.

Another upgrade is the new OS3+ technology, previously referred to as OcuSync, which allowed me to pilot the Mavic 3 with the included controller with fluid and ease. Most of DJI’s drones are relatively simple and intuitive to control, but I found there’s more of a response than ever before.

Yes, I’m able to see what the drone is seeing in real-time; it’s done with a transmission feed of 1080p at 60 fps. Needless to say, the view from my connected smartphone was reliable and responsive — making for a smooth flight that responded to all of my commands. Now, if you really want to see its responsiveness in action, then switch to sports mode to see the Mavic 3’s tight controls and spot-on transmission. Although, there were a couple of hiccups that I suspect were due to a microSD with slower writing speeds.

Unfortunately, I couldn’t test out the new ActiveTrack 5.0 system, which supposedly improves the automatic tracking of the drone. At the very least, however, the Mavic 3 is outfitted with omnidirectional obstacle sensors all around, so it’ll be better equipped at avoiding obstacles and preventing any unfortunate accidents or crashes from happening.

The best drone bag ever

DJI has always been generous with its drones, often including some kind of case or bag with the purchase. This time, though, the company outdid itself, because the Fly More Combo comes with the best drone bag ever. That’s a strong statement, but you’re probably wondering why that’s the case.

First and foremost, it’s an incentive to buy the $3,000 Fly More Combo over the standard version ($2,200), because this bag converts into a backpack. Yes, this over-the-shoulder, messenger-style bag converts into a usable backpack to stow the drone — including all of its accessories — a laptop, other gadgets, and even some clothes. It’s seriously versatile, and I absolutely love it. It’s only made better by the fact that it’s a premium-looking bag constructed from tough fabric material.

Every time I test out a new drone, I often ask myself who it’s for. Yes, my time with the Mavic 3 was short and still ongoing — especially to see how well ActiveTrack 5.0 performs and avoids obstacles — but I know it may be overkill for what I need. That’s not to say it’s not worth getting. Instead, the DJI Mavic 3 is for the serious drone photographer/videographer.

If you’re looking to capture amazing footage and have the option to see closer, the dual-camera system gives the Mavic 3 incredible depth over most other consumer drones — more so when you factor in its folding design and compact form factor. If quality is top on your list, you won’t be disappointed here, because I can already tell there’s a difference between it and the DJI Air 2S. Not surprisingly, the bar has been raised again by DJI.