HomeNewsCommon Android 12 problems and how to fix them
News 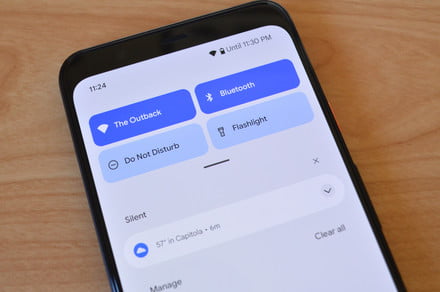 Android 12 is here, or it is if you have a Pixel. While most Android owners will have to wait a little while longer before they get their hands on it, anyone with a Pixel 3 or newer can now upgrade to the new operating system. Doing so will provide them with a wide range of useful and fun new features, from a revamped notification shade and Material You to extra privacy controls and support for digital car keys. There’s even a design refresh, giving Android an inviting new look involving bigger icons and bolder colors, all of which combine to make the system more engaging.

While Android 12 may bring one of the biggest overhauls Android has seen in years, it won’t be without its teething problems. Accordingly, we’ve compiled a list of Android 12 problems and how to fix them. These range from the easily solved to those that may require a little more effort or time (such as waiting for an update).

As operating systems are updated all the time, this will be a constantly evolving article, with new problems added at regular intervals. Likewise, Android 12’s rollout on other Android devices (e.g. Samsung, OnePlus, and so on) will also likely throw up some new hiccups in turn. So check back in case an issue you’re experiencing isn’t covered at the moment.

A few users have complained that, after updating to Android 12, they can’t launch Discord without their phones freezing and system UIs crashing. This certainly seems like a serious problem, particularly if you’re someone who tends to use Discord frequently. However, there is a simple fix, although you may need to repeat it each time you open Discord on your Pixel.

Despite the simplicity of this solution, one user who experienced this problem has also noted that they have to keep on switching off Automatically play GIFs each time they open Discord. As such, users probably won’t be able to solve this issue for good until Discord launches a new update for its app, or Google updates Android 12 (depending on which is the underlying source of the problem).

There’s a long thread in the Google Pixel subreddit which details how numerous users have encountered a bug where media (e.g. music) pauses randomly, for no apparent reason. Such mishaps appear to be particularly common in Spotify and YouTube (as well as other media apps), so it’s likely to affect many users who have upgraded to Android 12.

As of writing, there’s no proven solution. Some users have tried altering the battery settings of affected media apps (Settings > Apps > All Apps > [Your Media App] > Battery > Unrestricted), yet this doesn’t appear to have worked for most. Likewise, other users have recommended clearing the storage and cache of any affected app, by going to Settings > Apps > See All Apps > Phone > Storage and Cache > Clear Storage/Cache.

However, this second potential solution doesn’t seem to work for most people either. Because of this, your best bet remains to wait for an update for Android 12 to be made available. To check if one is, go to Settings > System > System Update. If an update is available, your phone will say so, and you’ll be able to update by tapping Download and Install.

A number of users (especially of the Pixel 4a) have noticed that they’ve suffered from significant idle battery drain ever since updating to Android 12. In particular, the screen appears to use a disproportionate amount of power, with batteries running down by double-digit percentages overnight.

While owners of affected phones aren’t too sure of what exactly is going on here, the consensus seems to be that the always-on display — which has been redesigned for Android 12 — has become particularly hungry. The only solution at the moment, unfortunately, is to switch it off. This should significantly reduce demands on your phone’s battery, at least while you wait for a more viable solution via an update.

If this doesn’t make a real difference to battery drain issues, you may want to try the following alternative solutions:

A number of Android 12 users have reported that they can’t use the Starbucks app on their phones. They launch the app and receive a message saying: “A system error has occurred. Please try again later”. Some users have even tried uninstalling and reinstalling the app, but this still results in the same issue for anyone running Android 12.

As with the Discord issue, the likely source is that Starbucks hasn’t yet optimized its app for Android 12. This means you’ll have to wait for an app update before you’ll likely be able to use it properly again. That said, some users have noted that the app works fine on their older Pixels, while most of the complainants are using either a Pixel 6 or Pixel 6 Pro. In other words, you may instead need to wait for another Android update.

Fortunately, there does appear to be one workaround, which will allow you to use your Starbucks account without the app.

Again, it’s worth repeating that, if you’re having problems with any other app, try updating the app or Android itself (if an update for either is available).

A couple of posters to the Google forum have said that their Google Assistant alarm routines stopped working properly after they updated to Android 12. It seems that the update, for whatever reason(s), interferes with or interrupts the usual unfolding of the routine. For instance, if you’ve set a routine such that music plays after you hit Snooze or Stop on the alarm, you will now find that music doesn’t play, and so on.

Sadly, there appears to be no direct solution for this problem. Instead, one user has suggested that it has been solved by an Android 12 update that will be rolled out from November. As such, you simply need to sit tight and wait for that to come around.

At least one user has noted that they can’t answer calls after updating to Android 12. This is because, when their phone begins ringing, it won’t register or respond to the user’s touches on the display, making answering impossible.

There’s no obvious reason why this is happening, and why it’s only the Phone app that’s affected. Fortunately, other users have suggested a few potential fixes.

If you’re a developer (or a more tech-savvy user) and have bootloader unlocked your phone, you can also try flashing a full OTA update via ADB from Recovery mode. Explaining how to do this is beyond the scope of this article, and it’s recommended only if you’ve done it before. Otherwise, you should just wait for a normal update to be publicly available and install that.