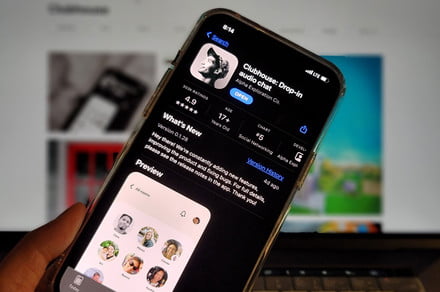 Clubhouse is making its social network more accessible with a significant update to its iOS app that finally enables live captions for audio rooms.

It’s an important accessibility feature for an app that’s based entirely on live audio since Clubhouse has been completely unusable for people who are Deaf or hard of hearing — until now.

closed captioning is here for iOS! update your app now to see it in action in live rooms.

here's a lil' example, in case you need convincing… pic.twitter.com/v2poAjE2Pl

This is just the start, however, as Clubhouse plans to support even more languages in future updates. It’s also worth noting that the feature is in beta at this point, so it may not work entirely as expected just yet.

Since a Clubhouse room could have multiple folks speaking different languages, the live transcription feature has to rely on automatic language detection. According to some reports on Twitter, this may not work as well as it should yet, especially when hopping between rooms.

When Clubhouse launched earlier this year, it quickly cemented its place as one of the most popular new social media apps to arrive in the past few years, thanks to its unique audio-based approach. It wasn’t long before other social networks put their own spin on the idea. Some, like Twitter Spaces, have been able to add live transcription more quickly.

Nonetheless, Clubhouse has been adding other features recently to help it stay in the game. An update to the iPhone app over the summer embraced Apple’s new Spatial Audio feature, and that was joined last month by a new Music Mode to help improve the sound for budding musicians performing their jams on the social network.

Clubhouse fans with an iPhone can access the live captions feature now by updating to the latest version of the Clubhouse app. There’s no word yet on when it’s coming to Android, but the company says it’s working on it, so it should hopefully arrive sooner rather than later.

The supply of new DDR5 memory is already running dry, driving up prices