HomeNewsCan’t buy a OnePlus 9RT in your country? Here are the best...
News 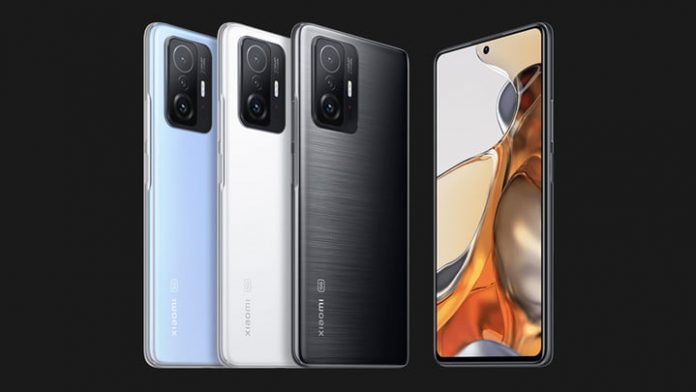 OnePlus has already confirmed that, as part of the company’s rejig, there will be no OnePlus 9T or OnePlus 9T Pro this year. Meanwhile, there is a T upgrade — the OnePlus 9RT — but only for price-sensitive markets such as China and India. Compared to the OnePlus 9R, the OnePlus 9RT runs on a more efficient Snapdragon 888 chipset, features better cameras — including a 50MP primary sensor — and a slightly bigger display.

To fill the gap created by the lack of a OnePlus flagship in the second half of 2021, here are some of the best OnePlus 9RT alternatives for you to consider.

If you can ignore the fact that Xiaomi 11T Pro is a rebranded Redmi K40s, it is bound to charm you with great looks and an abundance of features. The 11T Pro offers many noteworthy advantages over the OnePlus 9RT, including a 108MP camera with a bigger sensor, a large 5,000mAh battery, and astoundingly fast 120-watts fast charging. It also comes with a 6.67-inch 120Hz AMOLED display that is certified for content with HDR10+ and Dolby Vision. In terms of the build, the 11T Pro features a glass sandwich design with Gorilla Glass Victus on the front and an aluminum mid-frame. Finally, the phone features dual speakers tuned by Harman Kardon.

Despite these advantages, the 11T Pro lacks in specific areas: The phone runs on Android 11, and Xiaomi’s custom Android skin — MIUI — is not among the earliest to receive the latest Android updates, though Xiaomi is testing Android 12 on the device. Other than that, the glass design and the big battery cause the phone to weigh 204 grams, which may bug certain users.

The 11T Pro is also speculated to launch in India, where it might go head-to-head with the OnePlus 9RT.

If OxygenOS is your primary reason to buy a OnePlus smartphone, there is no better alternative to the OnePlus 9RT than the OnePlus 9. The two phones are fairly identical on the inside, sharing the same Snapdragon 888 chipset, identical RAM and storage options, and a 4,500mAh battery with 65W fast charging support.

Meanwhile, the OnePlus 9 is better in certain areas; for example, it features better rear cameras with color science tuned by Hasselblad. Additionally, the OnePlus 9 also gets fast wireless charging support — unless you are in India or China.

On the other hand, the OnePlus 9RT features a slightly bigger display and might receive the Android 12 update earlier, considering it’s the newer model. Before making this decision, however, bear in mind that OxygenOS is fated to be merged with OPPO’s ColorOS, and this means we might see ads, bloatware, or unwanted first-party features — or all of them.

The Apple iPhone 12 Mini is a device that can fit into your pocket easily without burning a hole in your wallet. It weighs only 135 grams but is not light on features. Despite being a year old, the Mini features flagship-grade performance thanks to Apple’s A14 Bionic chip, which can still put up a tough fight for the Snapdragon 888 SoC on the OnePlus 9RT. Besides great performance, you also get flagship-level cameras with superior video quality. Despite its much smaller size, the iPhone 12 Mini’s OLED display is brighter, more vibrant, and supports industry-leading formats such as Dolby Vision. Additionally, the iPhone 12 Mini comes with an IP68 rating, which will protect it against occasional splashes of and dips in freshwater.

If you value a phenomenal camera that can match up to the iPhone but also want the customizability of an Android, there’s no better option in this budget than the recently launched Pixel 6. It comes with Google’s custom Tensor chipset, which offers stellar AI features on the go, especially for exceptional photography and videography. The Pixel 6 also gives the promise of at least three platform updates and two years of security updates. Besides its power-efficient chipset, the Pixel 6 also brings a slightly bigger 4,614mAh battery with 21W fast wireless charging.

Unlike the OnePlus 9RT, however, the Pixel 6’s charging speed is limited to 30W. The display’s refresh rate, unlike the Pro model, is capped at 90Hz, which may not be sufficient, considering that much cheaper smartphones — like Xiaomi’s Redmi Note 10 Pro — offer 120Hz AMOLED displays.

OPPO and OnePlus phones are often found to be alike but marketed for different regions. Other than its design, the OPPO Reno6 Pro — known as the Reno6 Pro+ in China — also shares some similarities with both OnePlus 9 and the OnePlus 9R. Based on its features, the Reno6 Pro can be slotted between the OnePlue 9 and the OnePlus 9 Pro. It features a 6.55-inch curved AMOLED display with a 90Hz refresh rate and HDR10+ support. In terms of cameras, it shares the same primary 50MP sensor, the 16MP ultrawide-angle camera, and the 2MP macro camera with the OnePlus 9RT. Other than these three, the Reno6 Pro also comes with a 13MP telephoto with 2X optical zoom. The 32MP front camera capture twice as many pixels as the OnePlus 9RT.

Both phones offer 65W fast charging support, but the Reno6 Pro is equipped with a slightly smaller 4,300mAh battery. Meanwhile, there is one area where the OnePlus 9RT is considerably better: processing capabilities. While the OPPO Reno6 Pro runs on a Qualcomm Snapdragon 870 SoC, the OnePlus 9RT features a more efficient Snapdragon 888. Both phones offer options with up to 12GB of RAM and 256GB of storage.

Note that since the OPPO Reno6 Pro was not officially released for the US, you should be sure to check for carrier compatibility before buying the phone.

Upcoming alternatives for the OnePlus 9RT

Successor to the revered Samsung Galaxy S20 FE, aka “Fan Edition,” the Galaxy S21 FE has been rumored for several months now. Previous leaks have pointed to a phone that looks similar to the Galaxy S21 and is expected to be powered by a Snapdragon 888 chipset along with 6GB RAM. The Galaxy S21 FE might also feature a 6.4-inch display, a triple camera array with 12MP + 12MP + 8MP sensors, a hole-punch selfie camera, and a 4,500mAh battery.

While the Galaxy S21 FE was anticipated at Samsung’s Unpacked Part 2 event on October 20, the phone’s launch may have been pushed back to early 2022 due to the global chip shortage. At this point, a lot of those looking forward to the Galaxy S21 FE, which is likely to cost less than the Galaxy S21, might harbor a feeling that the phone might never be released.