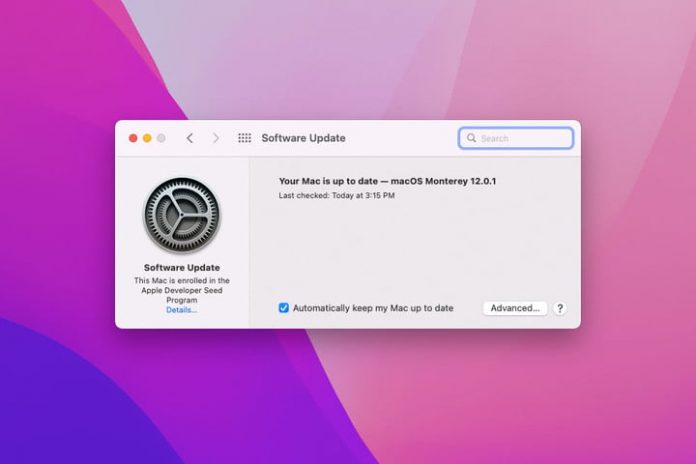 Apple’s newest operating system, MacOS Monterey, is available for download right now, but you might want to hold off on installing it. According to multiple reports on social media and Apple’s own support forums, MacOS Monterey is bricking older Mac models, to the point where they might not even turn on.

Over on Apple’s Discussions forums, there’s a total of 10 posts that detail the poor experience of installing MacOS Monterey. One user mentioned that on a 2019 MacBook Pro, the computer won’t turn on at all after completing the update and that the usual recovery options did not fix the problem. Another user with a 2018 MacBook Pro also had a problem where the computer turns back, turns on, but shows nothing on the screen.

On Twitter, a search for “MacOS Monterey” returns multiple threads with people complaining about the update causing Apple computers to go completely blank. We found a total of nine threads mentioning Apple Support, ranging as far back as October 26 to as recent as November 1.

MacOS Monterrey completely bricked my new work Macbook. The second you commit to updating, it freezes the machine and forces a hard reset. This has happened 3 times now. @AppleSupport

The problem also seems to cover iMac and Mac Mini models and isn’t just linked to MacBooks. On Reddit, a frustrated iMac user mentioned that after downloading MacOS Monterey, his 2017 iMac needed to restart, and it never did, instead showing a blank screen. Other Reddit users also replied to the original post, indicating that they’ve had the same issue.

It’s not currently known what’s causing this problem, but similar issues also happened last year during the rollout of MacOS Big Sur, according to MacRumors. An official solution is also not known, but a potential fix in the meantime could involve restoring a Mac’s firmware. This could be out of reach for most people, however, as it requires the use of another Mac computer and the Apple Configurator 2 tool.

The current scope of the problem is not known, and users of the new Apple M1 Macs do not seem to be impacted. However, seeing as though these problems are lighting up social media, Apple could issue a response or a smaller update to fix the issue quite soon. Apple is also beta testing MacOS 12.1, but it’s not known if this could help fix these problems, and the release is not due for another few weeks.