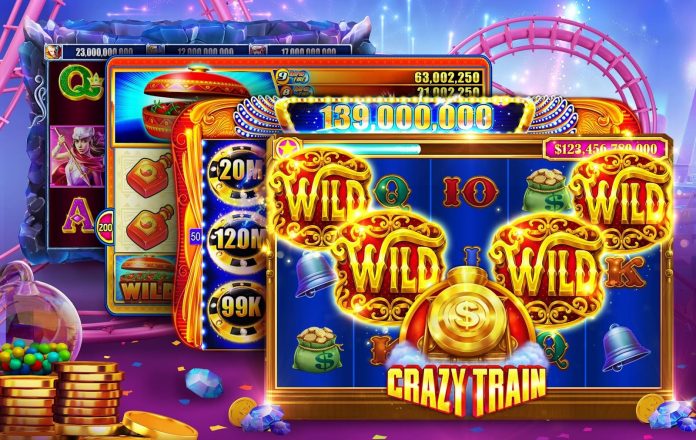 Digital video slot games have improved vastly since they were introduced in the mid-1990s, and this has been down in part to improvements in technology. However, fierce competition has also helped push the boundaries and create memorable slot games as well.

Slot design houses have now become as important as the new games themselves, and some slot developing studios create a buzz in the industry when they are about to release a new game. Like other studio systems, there are the biggest that sit on top of the tree and release most games. The ones in the middle have less ammunition but are slowly rising to the top. The ones at the bottom do not necessarily make bad games, instead, they tend to be independent labels with smaller budgets to play with. Leander is a middleweight design house with aspirations to make it to the top.

Leander hasn’t quite hit the heights of NetEnt or Playtech in the slot world, but they are still an established gaming label. They have been developing slot games and other casino products since 2007. This Argentinian-based slot developer is still going strong even today, despite 14 years in the business and some of their titles you may have encountered include Megadeth based on the heavy metal band and Dolly, which is a Dolly Parton-inspired slot. There are newer offerings out there for 2021, and here is a quick look at a few of them.

Diamond Blast Zone was released in early 2021 and this Diamond-themed game comes armed with an RTP score of 96.08% and a high volatility rating that might not be for everyone. It’s a futuristic-looking game that is played on a 5 by 7 grid. Features here include free spins, a win multiplier, bomb blast feature, mystery symbols and where allowed, a bonus buys feature, where you can skip the base game and go straight to the bonus for a price. The winning lines here start at 243 but can also increase to 3125 ways to win.

Sky Vault is another entertaining game from the Leander studios, but it does come with a 95.99% RTP score and a high variance rating which may mean that only the brave take on this game. The theme here is safe cracking and the action takes place on a 5×3 slot reel gaming platform. There are 20 winning lines at the maximum bet is £200 where allowed. It’s a busy game packed with features such as cascading reels, free spins, a bonus wheel crack the vault bonus, and multipliers.

Savage Shark was released in May 2021 and the game has 1024 winning lines. The volatility rating here is medium to high and the RTP ranges from a low 94.02% to a more generous 96%. The game is played on a 5×4 reel platform and some features to look out for include free spins, symbol swaps, wilds, and free spins multipliers. Shark attack-free spins are triggered by 3, 4, or 5 bonus symbols. If you like ocean-themed slots, then this is well worth sinking your teeth into.