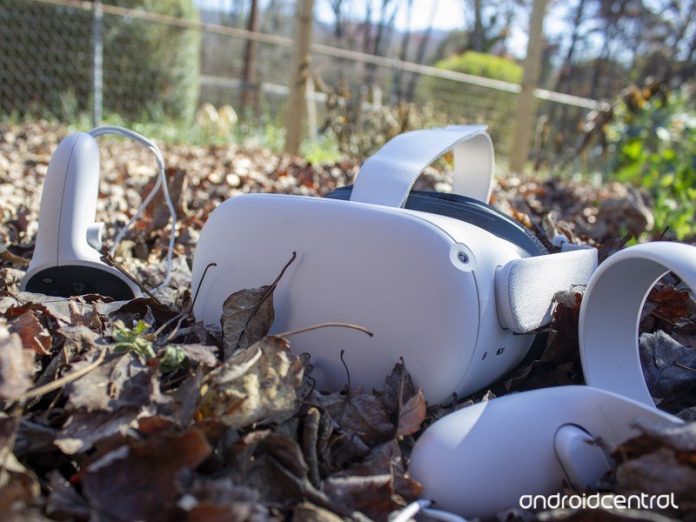 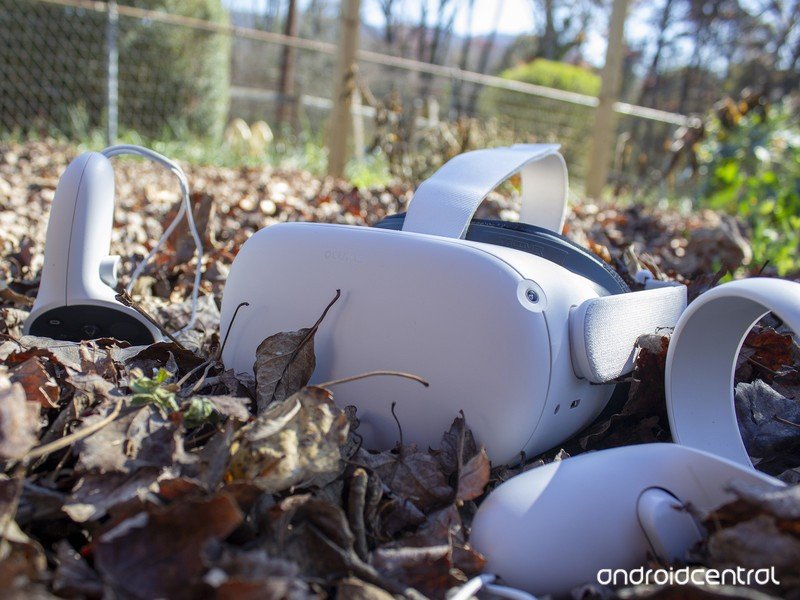 As we enter the second year of the Oculus Quest 2’s life, we’re expecting some seriously great deals for the hardware and accompanying accessories for Black Friday. Many companies have already begun to offer sales and discounts on their accessories, and newly refined designs ensure that the accessories you buy today will be a better experience than the ones you purchased this time last year. Here are the best Black Friday Oculus Quest deals to enhance your gaming experience.

Unlike some other consoles, Meta has been able to keep the Oculus Quest 2 in stock at most retailers without issue over the past year — even despite record-breaking sales for the headset. The new Quest 2 128GB SKU is the best value you’ll find, as it’s the same price as last year’s 64GB SKU but with double the storage. Couple that with the upcoming cloud save system that’ll make it easier to uninstall games without losing your save progress, and you’ve got a winning combination.

Where to find the best Black Friday Oculus Quest 2 deals

We’re entering the second year of Oculus Quest 2 availability, which means we might actually see some pretty good sales and bundle deals this time around. So keep an eye on these retailers, who are known for offering discounts or great bundle deals.

When do the Black Friday Oculus Quest 2 deals begin?

Black Friday used to just be a single day of the year but, these days, things are extending further and further into November. We’ve already seen several accessories manufacturers offer deep discounts, and companies like VR Cover are beginning their Black Friday sales on November 8 and extending them until the beginning of December.

The Oculus Quest 2 launched last October, so it didn’t make sense for Facebook to discount a newly-released piece of hardware it’s already selling at a low price. But this year, we’re expecting a bigger push thanks to the Meta rebrand and the fact that you soon won’t need to use a Facebook account on an Oculus Quest or Quest 2.

That said, we fully expect to see Meta make some big steps to discount the Oculus Quest 2 this year, which we should see beginning the week of November 22. 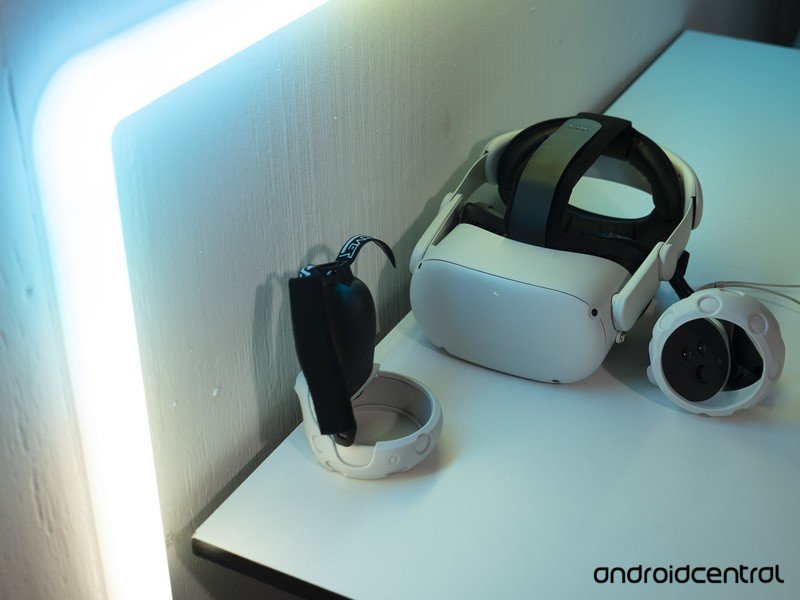 The Oculus Quest 2 was built to take and play anywhere, so it makes sense to get a case to keep it protected while traveling. There are many different types of cases you can get, but my personal favorite is the cross-strap backpack-style one from Relohas. This one is super comfortable and will fit your Oculus Quest 2 and its controllers inside, even if you’ve got an elite strap replacement on your headset. The Relohas Quest 2 carrying case is styled like a backpack, yet isn’t big or bulky like one. Be sure to clip the coupon to get the $28 price.

There are many different controller grips for the Oculus Quest 2, but none are quite as comfortable or easy to remove as the ones from VR Cover. The hard plastic shell makes changing out batteries easy and sports a great grip design. The adjustable straps are simple to use and are the more comfortable ones I’ve ever used, thanks to the generous padding that’s also removable and washable. If you’d prefer a silicone-style grip or one of the many others, several are also on sale. 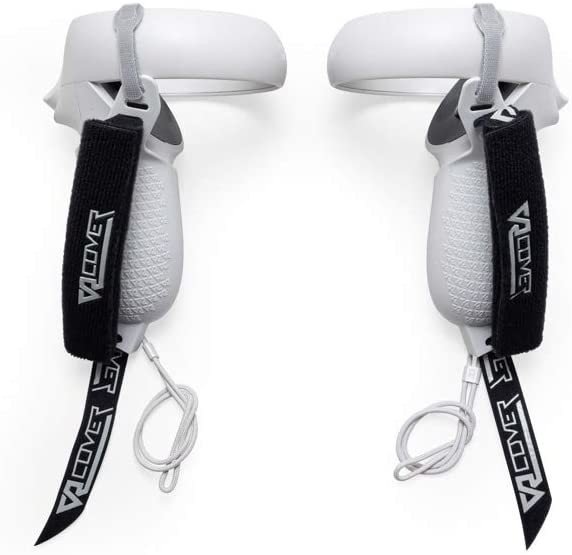 VR Cover makes the most comfortable controller grips you’ll find, complete with padded wrist straps so you can finally let go without worry. 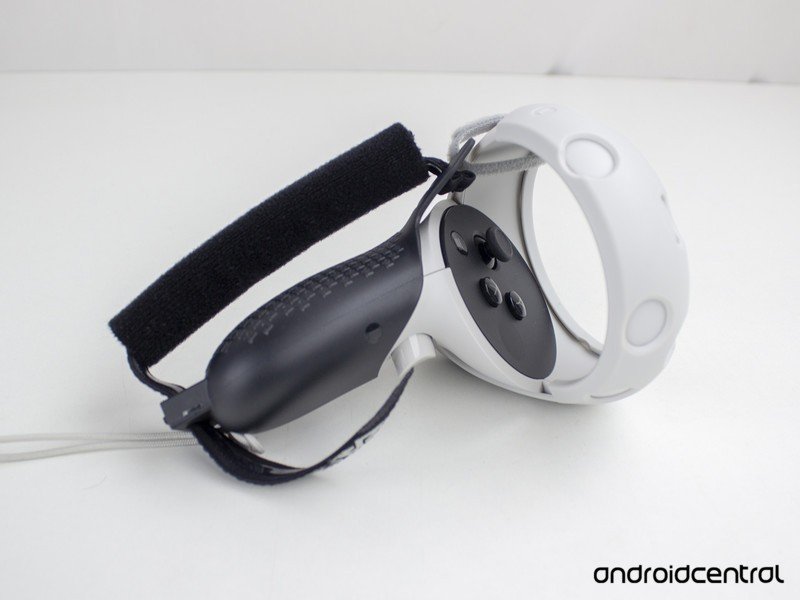 Since the Oculus Quest 2 launched, we’ve seen a significant number of different types of facial interface replacement designs. It might have taken nearly a year to perfect it, but KIWI Design’s facial interface replacement is the absolute best one on the market. It’s not just more comfortable than the original strap, but it’s easy to clean and, best yet, will keep your lenses from getting fogged up no matter what season you’re playing in. That’s because KIWI Design figured out exactly how to get air flowing across the lenses with passive vents that are just better designed than other ones we’ve reviewed. 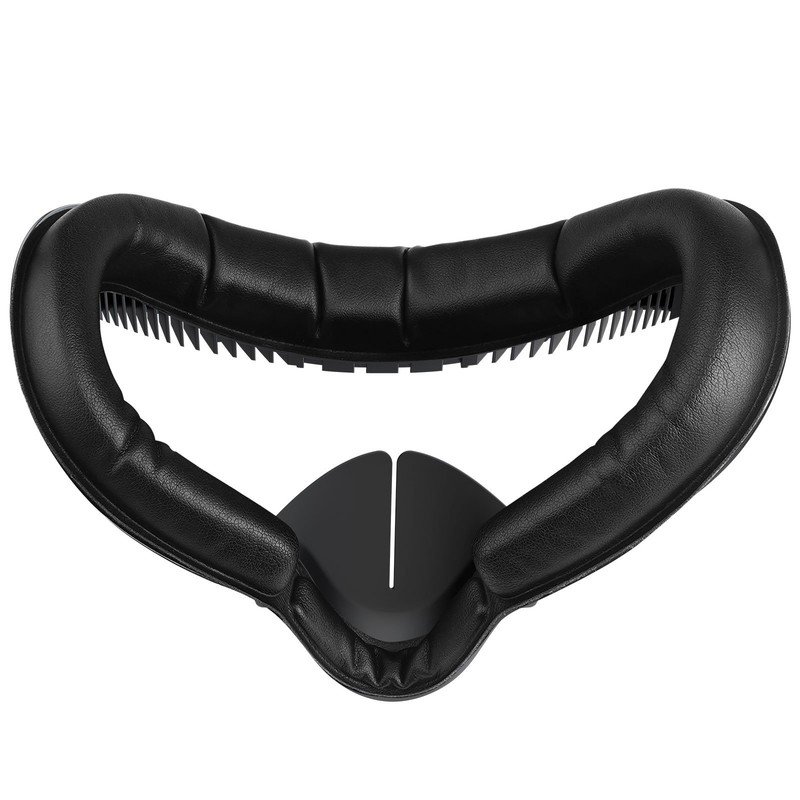 If you’ve ever had your lenses fog up, it’s not you. It’s your facial interface. This one from KIWI solves that problem and adds a new level of comfort to your play. Much like the facial interface, KIWI Design took about a year to develop the perfect head strap design. This one takes design cues from the official Elite Strap from Oculus but adds in much stronger plastic and, most importantly, a hinge to help alleviate stress on the strap and make it more comfortable in the long run. Plenty of padding helps better distribute weight, and the wheel on the back makes adjusting the size effortless. KIWI Design has taken the official Oculus Elite Strap designed and fixed its problems, delivering a comfortable headset that won’t crack under pressure. Charging your Oculus Quest 2 isn’t any fun (or useful) when it’s tethered to a wall. It’s also easy to forget to charge it when you’ve got to plug it in. So whether you’re looking for a battery pack that keeps the Quest 2 charged during play, a long cable you can hook up to a PC for wired Oculus Link play, or a great dock you can effortlessly drop the Quest 2 into after play, we’ve got some great suggestions. 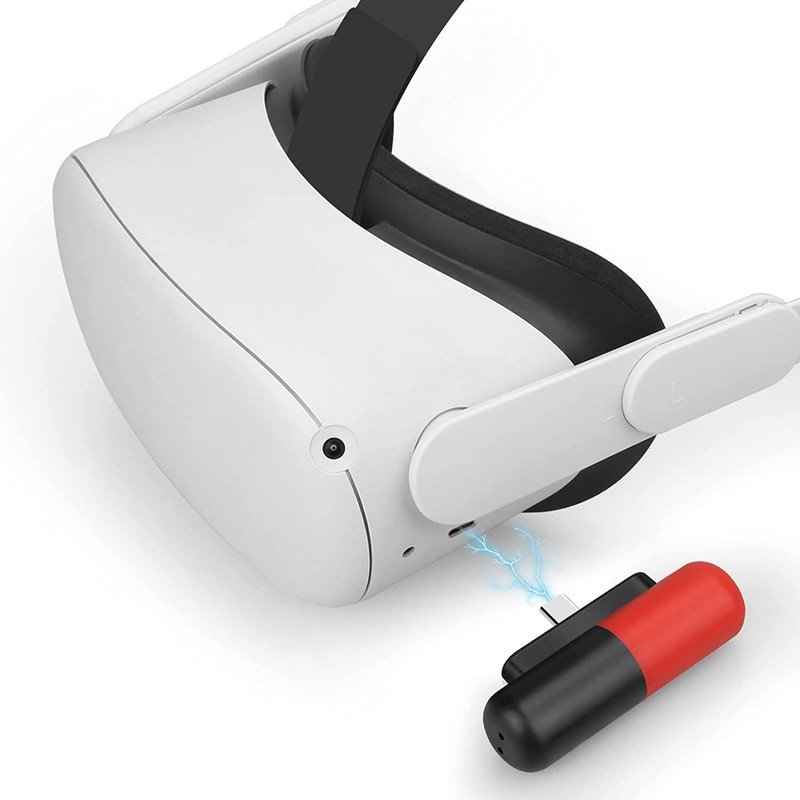 Keep your Quest 2 powered for longer with the ingeniously designed Esimen power capsule, which fits perfectly in the Quest 2 without adding any real bulk. 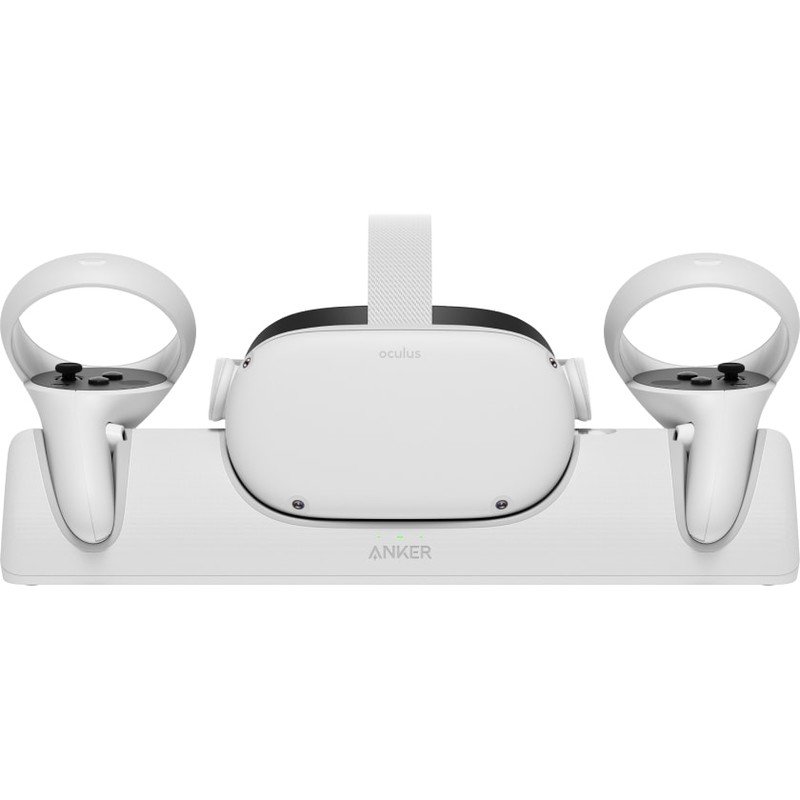 Anker’s Quest 2 charging dock is the best one you’ll find anywhere, with quality electronics inside that’ll keep your controllers and headset protected from electrical surges. 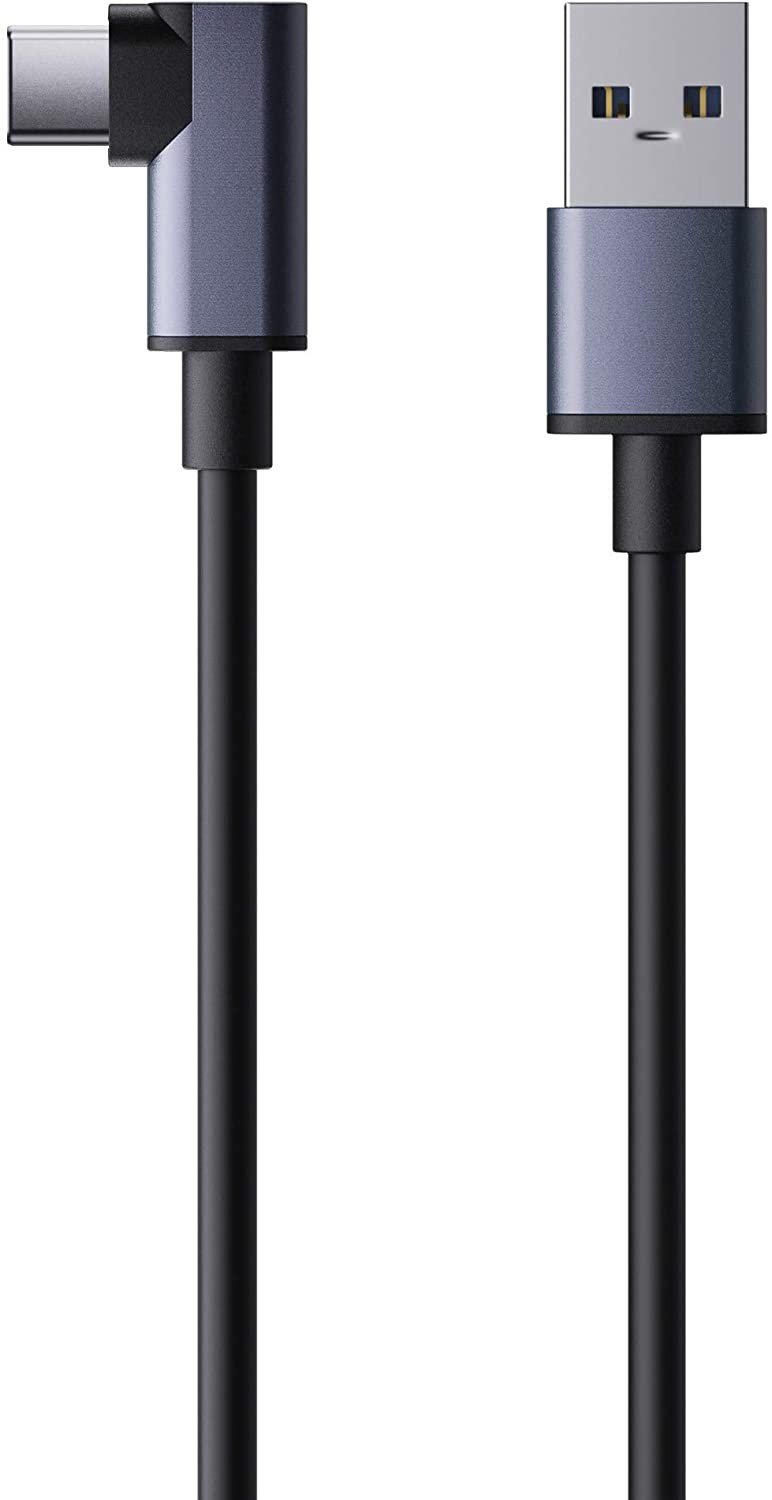 If you’re going to play PC VR games with a cable, this is the best one you can get. It’s plenty long and plenty fast, delivering a great experience. 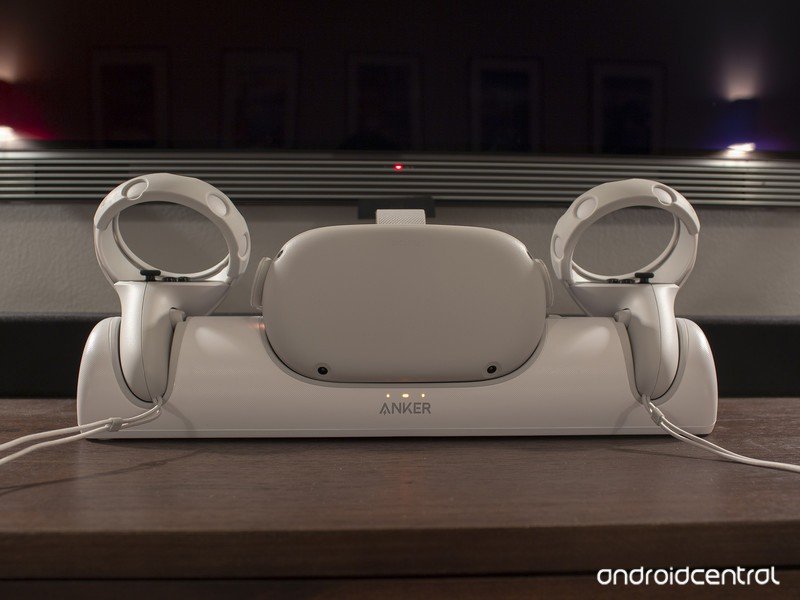 The Oculus Quest 2 has some pretty impressive speakers built into the device, but headphones will deliver higher-quality sound and keep things more private. That’s especially important for when you’re playing multiplayer games with little ears in the room or if you’re trying to get immersed in a great horror game.

Globular Cluster headphones for Quest 2 | 12% off at Amazon These terrific headphones aren’t just on sale, they’re also ridiculously easy to attach and use with your Quest 2.