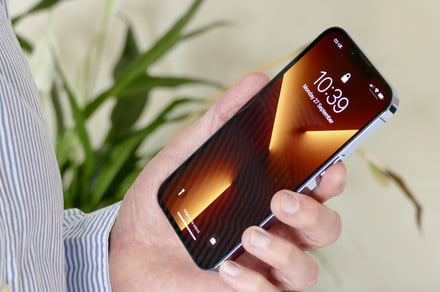 When Apple launched the iPhone 13 in September, it soon became apparent that display replacements performed by anyone other than Apple or an authorized service would disable Face ID, leaving owners with the message: “Unable to activate Face ID on this ‌iPhone‌.”

This was bad news for anyone who’d just bought an iPhone 13 and needed a new display but had no idea Face ID would stop working if they took the device to a third-party repair shop. The shops, too, were none too pleased as they quickly realized they could no longer replace iPhone 13 displays, cutting off an important revenue source.

The good news is that Apple has decided to alter its policy so that third-party services will soon be able to perform display repairs without affecting Face ID functionality, according to The Verge.

The Cupertino, California-based company says it will roll out a software update to put the measure in place, though it hasn’t confirmed when it will release the update. Digital Trends has reached out to Apple for more information and we will update this article when we hear back.

Tech repair site iFixit was among those that discovered the troubling issue soon after the iPhone 13 landed in stores in the fall. It found that Face ID would only work if the repairer transferred a small microcontroller — new with the iPhone 13 — from the original display to the new display, a process that reportedly involves specialist tools and a steady hand. Alternatively, proprietary software from Apple can override the transfer process and enable Face ID to continue working with a new display, but unauthorized third-party services are unable to access the software.

The restriction — apparently designed to force iPhone 13 owners to use Apple or authorized services for display repairs — was described by iFixit as “a dark day for fixers, both DIY and professional,” adding that it had “huge implications for the professional repair industry, for which Apple is the dominant brand to service. Small shops could be shuttered, forced to choose between spending thousands on new equipment or losing a major source of income.”

Fortunately, Apple has now offered a solution that will come as a huge relief to the tech repair industry, and also to iPhone 13 customers who will soon have more options when it comes to replacing a broken display.