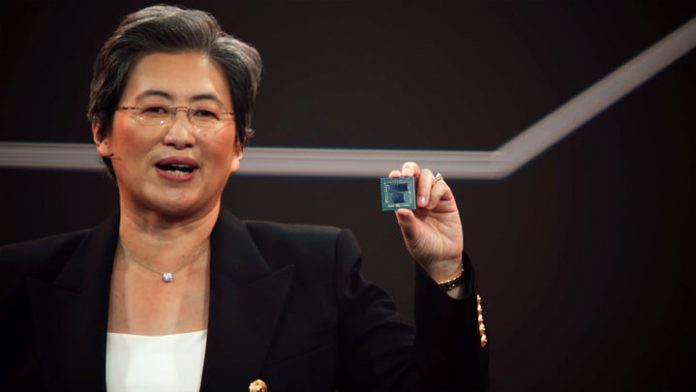 It’s official: AMD has secured its second-highest CPU market share since 2006. It’s been an excellent last few years for AMD, and the latest reports prepared by analyst firm Mercury Research show just how far the rival to Intel has come.

The reports were first shared by HardwareTimes, and according to the market analysis, AMD continues its climb in terms of overall x86 market share, increasing by 2.1 points quarter-over-quarter. This adds up to a total 24.6% market share compared to Intel’s 75.4%. That’s inching closer to beating its own market share record.

Aside from the success that AMD has seen on the overall x86 market, it also continues making gains on the notebook x86 unit share. AMD has hit 22% in this sector, a new all-time high and an improvement of 1.8% over the previous year.

The increase in laptop market share comes along with a new sales record. In the third quarter of 2021, AMD achieved a 16.2% revenue share when it comes to the notebook x86 sector. This is a jump both in quarterly and yearly sales — 1.3 share points quarter-over-quarter and 3.9 share points year-over-year.

The x86 processor market continues to be a two-horse race, so a gain for AMD means a loss for Intel. Seeing Team red make gains on Team Blue is not surprising, as AMD has definitely released some of the best processors in recent years. After a definite lull forAMD and total domination for Intel, AMD is now almost back at its highest point ever, with considerable gains over the last years.

AMD’s highest overall x86 result was all the way back in the fourth quarter of 2006 with a 25.3% share. This puts the company just 0.7% shy of beating its all-time record, and with the sales continuing to grow quarter-over-quarter, AMD just might hit that number soon.

Intel is likely to see some gains due to the recent release of its next generation of processors, Alder Lake. The new 12th-gen Intel processors have been performing excellently, beating both Intel and AMD predecessors by miles. On the other hand, AMD is rumored to follow up Intel’s success with the launch of Zen4 CPUs in 2022, which will undoubtedly propel it further up the list in terms of CPU market share.

While the release of Zen4 is unlikely to happen before the second half of 2022, AMD is not resting on its laurels until then. The company is rumored to release Zen 3 processors with 3D V-Cache technology, new Rembrandt APUs, and Milan-X server chips in 2022.