HomeNewsWild rumors claim an unlikely feature is coming to the new MacBook...
News 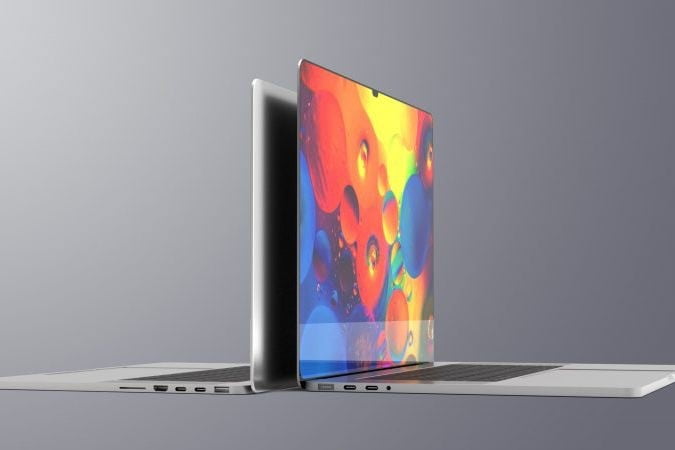 A last-minute rumor has been spreading online claiming that Apple’s upcoming MacBook Pros will have a notch similar to the iPhone. Don’t take it too seriously, though, as the rumor likely isn’t true. In fact, it doesn’t even make sense at all.

As Notebook Check reported, there has been an influx of Mac rumors over the past few days, and some of them are just wild. Speculation is swirling because of the upcoming Apple ‘Unleashed’ event on Monday, but perhaps the strangest rumor is that the new MacBook Pros will have a notch in the display.

A mockup from MacRumors. MacRumors

But in all likelihood, this won’t happen because there really is no reason for it. The iPhone has a notch to accommodate the infrared sensor for Face ID. So the only reason Apple would decide to do include a notch on the Mac is for that feature, which isn’t expected on Mac devices for at least another year.

Of course, there are other logistical issues. The notch is a feature that is bemoaned by many, especially considering every major Android competitor has ditched it by now. So why bring it to the Mac when it doesn’t need it?

The rumor largely stems from Reddit user U/NickXiao, who wrote a lengthy post about some potential features in the latest MacBooks. His opening line shows how credible the rumor is. It reads:

“Before I lay all these information on you, I have to be honest —— all of them are secondhand or even thirdhand news, as I don’t have any sources myself …”

Not exactly convincing. The rest of the post includes some more common (and more credible) rumors about mini-LED displays, ProMotion, a design overhaul, and more port selection.

The other rumors include an all-black keyboard area (instead of just the keys), bigger fans, and a thicker chassis. The supposed notch would fit a 1080p webcam, TrueTone sensors, and a mic array. Why a notch would be necessary for those things is hard to figure, though.

So don’t hold your breath on this particular rumor, but that doesn’t mean you shouldn’t be excited. There are plenty of great things to expect at Apple’s event. We will just have to wait and see.