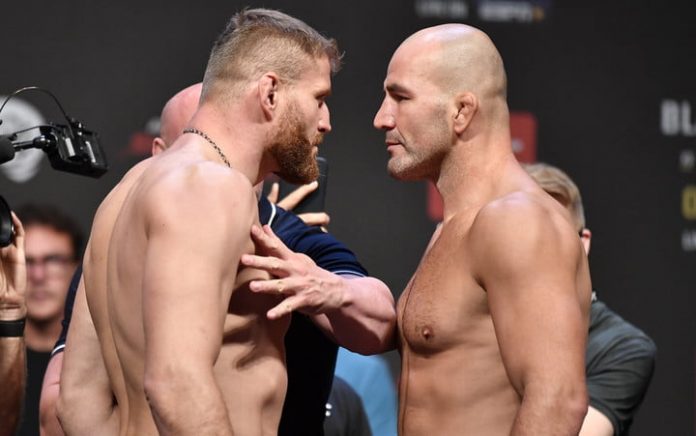 Later today, at the Etihad Arena in Abu Dhabi, United Arab Emirates, UFC Lightweight Champion Jan Blachowicz is defending his title against MMA icon Glover Teixeira. Notably, UFC 267: Blachowicz vs. Teixeira is not a pay-per-view — it’s the first non-PPV numbered UFC event in 10 years — but you’ll still need to sign up for ESPN+ to tune into the UFC 267 live stream and watch UFC 267 online. Here’s everything you need to know.

ESPN+ is the go-to platform to stream UFC fights online, and it’s the exclusive outlet for all UFC PPV events. UFC 267, however, is not a pay-per-view, and it’s the first numbered UFC event in nearly a decade (since UFC 138 which took place in November 2011) that viewers didn’t need to purchase. You still need to sign up for ESPN+ to watch the UFC 267 live stream online for free, though, although it’s also available to UFC Fight Pass subscribers.

The good news is that there’s a UFC pay-per-view event happening next weekend, and if you haven’t signed up for ESPN+ yet, then you can cash in by grabbing a one-year subscription along with the UFC 268: Usman vs. Covington 2 PPV for $90. That saves you 50 bucks off the cost of purchasing them separately, and since UFC 267 would normally be a pay-per-view event, you’re practically getting two UFC PPVs for the price of one (and at an extra discount, no less).

The main feature of today’s fight fest is a championship bout, where Jan Blachowicz (28-8) is putting his light heavyweight belt on the line against Glover Teixeira (32-7). Teixeira, who just turned 42, is aiming to become the oldest champion in the league’s history, and this might be his last chance to do so — despite his great record and iconic status in the world of MMA, the Brazilian has never held a UFC title and is likely to retire soon. The co-main event is a bantamweight contest between former champ Petr Yan (15-2) and Cory Sandhagen (14-3), with an interim championship on the line after current champion Aljamain Sterling had to withdraw from his rematch with Yan due to a neck injury.

The free UFC 267 stream started today at 10:30 a.m. ET (7:30 a.m. PT) with the preliminary card, with the main event scheduled for 2 p.m. ET. We expect the headlining light heavyweight championship bout between Jan Blachowicz and Glover Teixeira to happen around 4 p.m. ET. That means you’ve still got time to sign up for ESPN+ so you can watch UFC 267 online for free — and don’t forget to grab the ESPN+/UFC 268 PPV bundle and save some cash.