HomeNewsWant to live again? Well hurry up, you've only got 7Days!
News 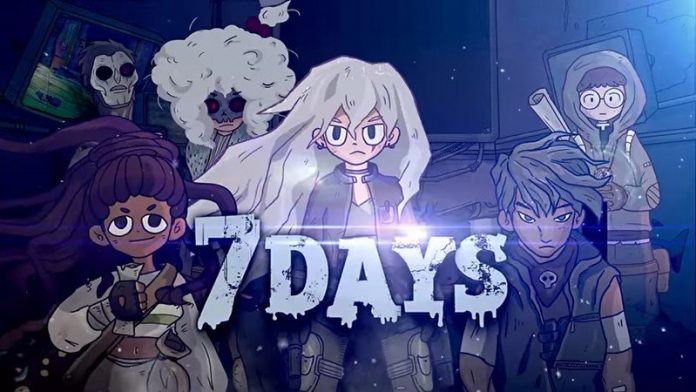 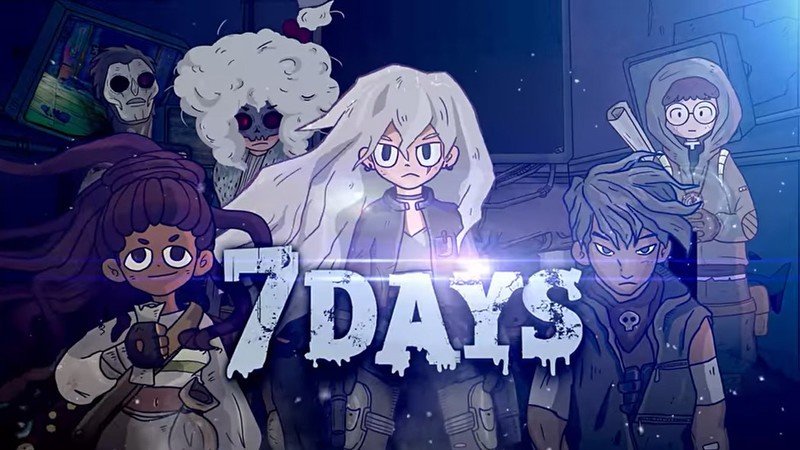 Being dead is tough. Getting resurrected is turning out to be even tougher.

We’re smack dab in the middle of October, but not every game has to be overtly spooky or scary to fit the vibes of the season. Sometimes the best way to get your fill of thrills and horror is to be faced with a mountain of existential dread, and that’s exactly what 7Days! is delivering.

7Days! is a text-based adventure game dripping with moral dilemas and impossible decisions. You play as protagonist Kirell, awakening in an interrogation room with no memories after your spirit has crossed the River of Oblivion. Her interrogator is Charon, the ferryman of the dead himself, and he has some questions.

After informing you that you are most certainly dead, Charon launches into a series of questions about Kirell — but not about her past or facts about herself. No, his questions are far more vague. He’s trying to get a sense for who Kirell is at her very core and you, the player, are going to decide that for her. This isn’t the kind of game that an action junkie would enjoy. Enter the chat-based gameplay, which is less game and more interactive narrative.

Playing out like a choose-your-own-adventure story, you follow chat conversations between Kirell and other characters, deciding how you want to respond as you go. You’ll also occassionally be privvy to some of Kirell’s inner thoughts, which can occassinally have helpful hints about how to proceed. The first conversation you have with Charon sets the stage for what’s the come, and it’s a doozy of a situation Kirell’s in.

If Kirell fails at her task, she’ll become one of the miserable undead, wandering purgatory for all eternity.

Rather than being 100% dead, Kirell is actually hanging in the balance between life and death. If she can complete a task given to her by Charon within seven days, then she can return to the living world. She’s been given a special compass and instructed to get to where the compass points within her seven days. If she fails at her task, she risks dying for good… and possibly even worse. But there’s a catch with this compass — it only works when someone nearby dies. 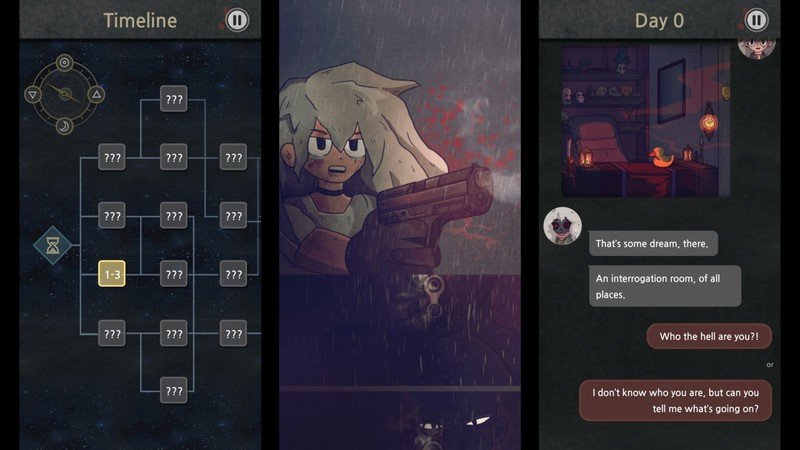 Now armed with The Compass of the Dead, Charon sends Kirell off on an apocalyptic purgatory full of friends and foes alike. Not only does Kirell have to watch out for the undead (others like Kirell who failed at their tasks and are now trapped in purgatory), but she also faces threats from other task-holders. Do their tasks conflict with Kirell’s? Will Kirell have to kill them to get her compass to work? How far is Kirell willing to go to complete her task? Is resurrection worth it no matter the cost?

This is where the game really shines, as progressing gets more and more complicated with each new task-holder that Kirell encounters. It is, in fact, a likely outcome that you may fail entirely, either by not completing your task or by simply dying in the process. Each decision Kirell has to make impacts the people around her and sometimes even trying to do the “right” thing results in a bad outcome.

The story really shines in the tough decisions you have to make along your way to completing your task.

What’s more, as you meet new characters you can start to bond with them through your conversations. If you respond in a way that a specific character likes, you’ll gain their favor and your bond with them will grow. Respond in a way they don’t like and your bond deteriorates. Your choices dictate everything, so you need to think each response through very carefully or risk losing it all. 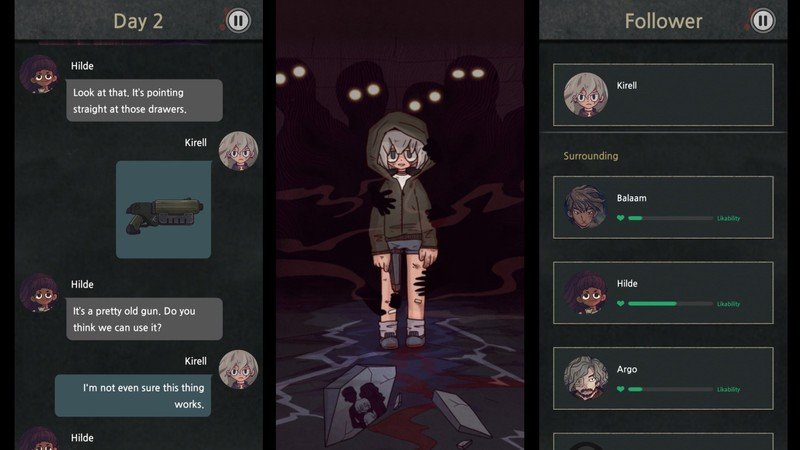 7Days! helps you keep track of all this with some helpful quality of life tools. You’ve got a massive tree that shows where you are in relation to your path, with the other paths you could have taken remaining grayed out unless you play a route differently than you did the first time. You also have a handy dandy bond tracker with the other characters, and clicking on any character in the list will allows you to see what interactions you’ve had with that person and even to go back to a checkpoint with that character if you want to change how you did something.

There are many ways that you can play through the story and you’ll want to uncover all of the options to get the full picture.

Backing up the great story is a somber, lowkey soundtrack, some great character design, cool illustrated backgrounds for purgatory, and the constant knowledge that any move you make could result in your own demise or the demise of others around you. It’s a tense experience, and one that I’ve thoroughly enjoyed playing.

At $4.99, 7Days! is a premium game with no ads or in-app purchases. It’s also available on Play Pass, so subscribers can download this little gem for free. There is actually a free version of the game out there as well, but you have to pay “tickets” for each decision that you need to make, which either cost money or an ad. This totally breaks up the atmosphere and momentum of the game, so I would strongly recommend the full, no-ad version to get the best experience.

7Days! is pretty short, but there are many different ways that you can play through the story. And trust me, you’ll want to play through all of the options to get the full scope of the story, so the replay value here is very high. 7Days! isn’t for everyone, but the oppressive atmosphere, feeling of constant danger, and well-written dialogue make this a standout entry in the text-adventure genre. It’s not half as in-your-face with the Halloween theme as Candies n’ Curses, but it is no less a great game to play as the days gets shorter and the nights get darker.

All roads point to death 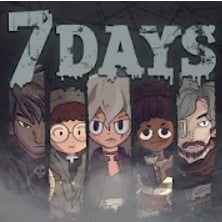 Progress at any cost… but is it worth it?

7Days is an interactive text-adventure game for Android. Can you get Kirell through hell and back to the world of the living in time? Or will she be lost forever as one of the unfortuante undead?

Facebook
Twitter
Pinterest
WhatsApp
Previous articleWant to go shopping and save the environment? We can help.
Next articleReview: Google’s Pixel 5a is the 4a 5G’s longer-lasting twin
- Advertisment -