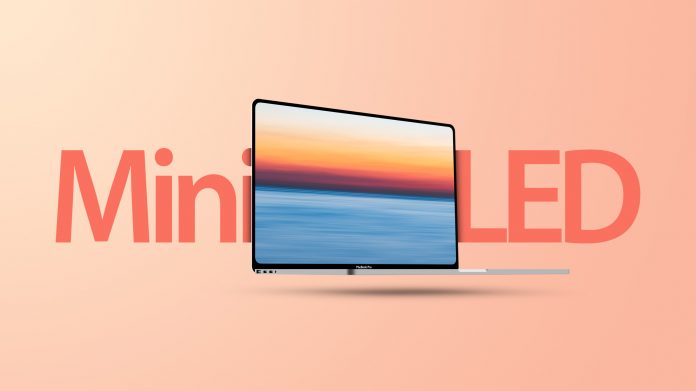 Apple today announced an upcoming “Unleashed” event for Monday, October 18, and the event is expected to focus on the MacBook Pro, which is long overdue for a refresh.

In a Twitter conversation, Young said that the 14 and 16-inch MacBook Pro models will feature mini-LED displays with 120Hz refresh rates. We’ve heard about the possibility of a mini-LED display prior to now, but Young says that it is “100% confirmed.”

Yes, new 14″ and 16″ MacBook Pro’s will have miniLEDs and we believe they will also be 120Hz refresh.

He claims that Apple will use the same panel suppliers that it uses for the iPad Pro, and oxide backplanes, mini-LED backlights, and 120Hz refresh rates are expected. Though he says mini-LED technology is a sure thing, Young seems less sure about the inclusion of a faster 120Hz “ProMotion” refresh rate, though it appears to be a possibility.

“We believe they will be 120Hz,” Young wrote in response to someone who asked whether a 120Hz refresh rate was confirmed. ProMotion technology is used in the ‌iPad Pro‌ and the iPhone 13 Pro models, so it would not be a surprise to also see it in the MacBook Pro. ProMotion offers a variable refresh rate ranging from 24Hz (10Hz on iPhone) to 120Hz, and at the maximum refresh rate, it results in smoother scrolling and gameplay, along with other benefits. The variable refresh rate allows the display to conserve energy when higher frame rates are not needed, preserving battery life.

Mini-LED technology has previously been mentioned by Apple analyst Ming-Chi Kuo and Bloomberg’s Mark Gurman. Gurman has also shared several details on what we can expect, which he reiterated in an article posted after the event invites went out.

According to Gurman, the new MacBook Pro models will feature the biggest change to the line since the 2016 refresh that introduced the current design. Apple is planning to introduce a new version of the M1, dubbed M1X, which is a much more powerful chip.

It is expected to feature 10 cores, with eight high-performance cores for system intensive tasks and two efficiency cores for basic operations. 16 and 32-core graphics options will be available, and the machines could support up to 64GB RAM.

Apple is planning to offer the upcoming machines in 14 and 16-inch screen sizes, which will replace the current Intel models. Along with a refreshed design that features flatter edges similar to the ‌iPhone 13 Pro‌, the new MacBook Pro models will be equipped with a MagSafe magnetic charger and will feature an HDMI port, USB-C ports, and an SD card slot. There will be no Touch Bar, as Apple plans to remove it in favor of a standard row of function keys.

For more on what to expect from the upcoming MacBook Pro models, we have a dedicated guide where we have aggregated all of the rumors we’ve heard so far.

Apple is also working on a redesigned and higher-end version of the Mac mini, a smaller Mac Pro, a larger iMac, a new low-end MacBook Pro, and a revamped MacBook Air, according to Bloomberg, and we could see the ‌Mac mini‌ at the event. AirPods 3 are in development as well and could make an appearance.

Apple plans to livestream the October 18 event, but MacRumors will also have live coverage both here on MacRumors.com and on our MacRumorsLive Twitter account.

The best budget processors for 2021