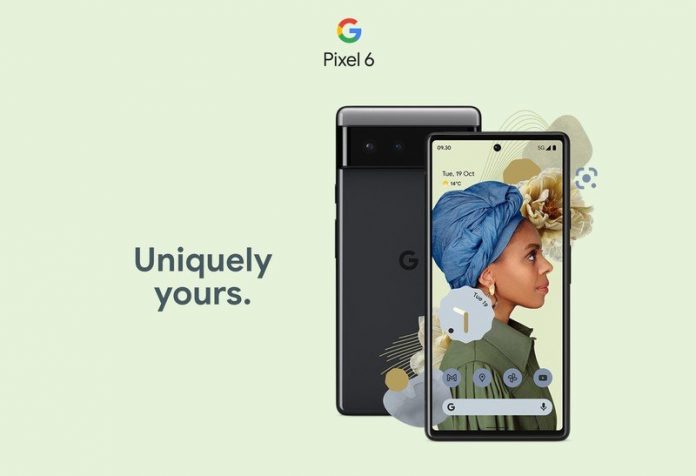 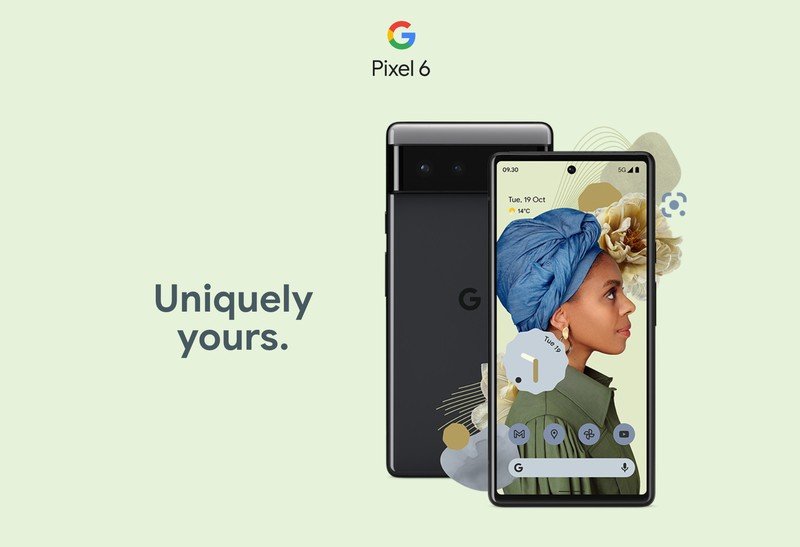 The big leak that we’ve been waiting for

Google recently announced that the Pixel 6 and Pixel 6 Pro launch event will be held on October 19. But that hasn’t stopped the leaks from appearing anyways, as we’ve seen with the leaked Pixel 6 Pro assembly video and a series of images provided by Evan Blass (@evleaks).

Blass is at it again, at least kind of, as the latest leak shows us pretty much everything there is to know about the upcoming Google phones. It seems that someone over at Carphone Warehouse (based in the U.K.) didn’t get the memo, and has published the landing pages for both the Pixel 6 and Pixel 6 Pro.

Pretty much all of the images line up with what Blass revealed early in the week, showing off both phones, the U.K. charger, and the rumored 2nd-gen Pixel Stand. Going through each landing page, and there’s a bunch of catchy phrases and headlines heralding all of the features these upcoming devices will offer. 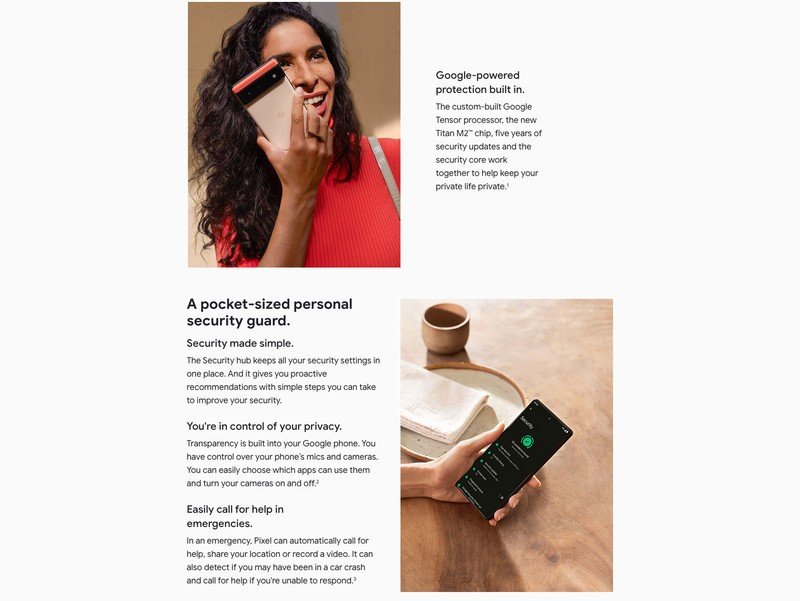 Starting with the Pixel 6, the landing page kicks off by detailing the “powerhouse” Google Tensor processor. The Tensor chip will include a “custom image processor”, the Titan M2 security chip, while offering “up to 80% faster performance” than the Pixel 5. As we’ve seen in previous leaks and rumors, Google is set to begin offering five years of security updates for the Pixel 6 and Pixel 6 Pro. Unfortunately, there’s no mention as to what this means regarding Android platform updates beyond the current standard.

Keeping with security, the all-new Security Hub “keeps all your security settings in one place”. This is where you’ll be able to keep an eye on what apps are using your microphone and camera, and when. Your phone will also offer “proactive recommendations” so you can properly ensure that your device is protected. 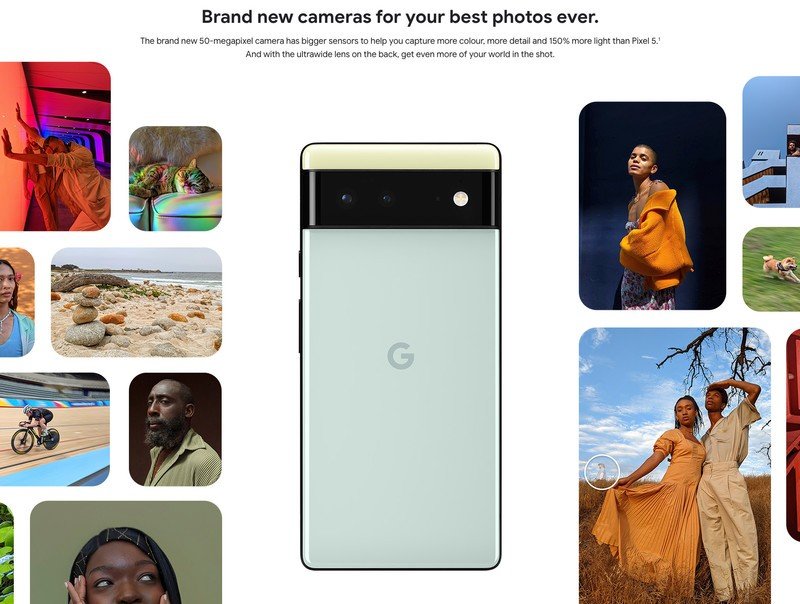 Another section highlights the 50MP main camera that will “capture more color, more detail and 150% more light” when compared to last year’s Pixel 5. Google will also be integrating a “Magic Eraser” feature that allows you to get rid of objects in the picture that don’t belong. There’s even a new “Face Unblur” feature that can “de-blur a face to make it sharper”.

As for the Pixel 6 Pro’s landing page, we were provided with a bit more information regarding the cameras. There will be the same 50MP wide-angle lens and 12MP ultrawide lens as the Pixel 6. However, the 6 Pro gains a 48MP telephoto sensor that offers 4x optical zoom, and “Super Res Zoom” which lets you zoom in up to 20x with this new lens. (This is the same hybrid zoom technology that debuted with the Pixel 3 in 2018.) 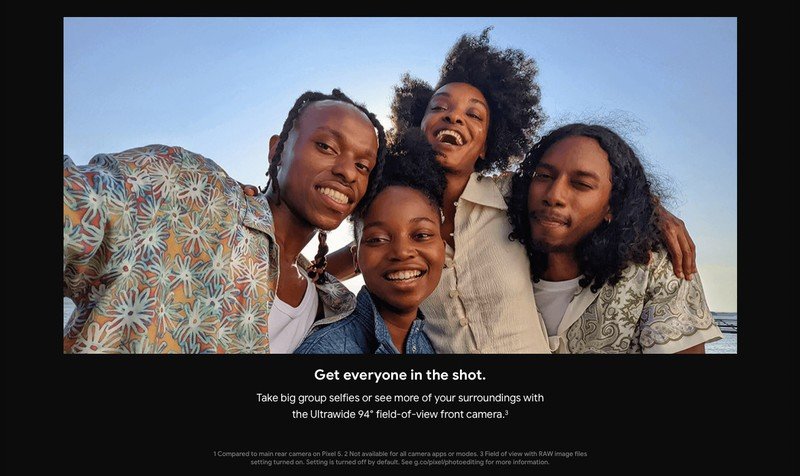 If it wasn’t obvious by now, Google’s coming to reclaim the throne for being the best camera phone out there. The upgrades to the rear camera system were necessary and expected, but this new leak also confirms that at least the 6 Pro will offer an ultra-wide selfie camera. This features a 94-degree field of view, making it so much easier to get everyone in the shot without trying to line up the rear camera. This figure isn’t far off the ultrawide selfie camera of the Pixel 3, which had a 97-degree FOV.

Between the Adaptive Battery and Extreme Battery Saver features, the Pixel 6 and 6 Pro will last for up to two days on a single charge. But the Pixel 6 Pro is rated for faster charging, as the listing states it can charge “up to 50% in just 30 minutes”. Plus, we’ll have “Battery Share” if you find yourself needing to juice up your headphones or someone else’s Qi-enabled phone. Unfortunately, there’s no specific mention of what capacity the batteries for either device will be, but previous leaks point to a 4,614mAh capacity for the Pixel 6 and 5,000mAh for the Pro. 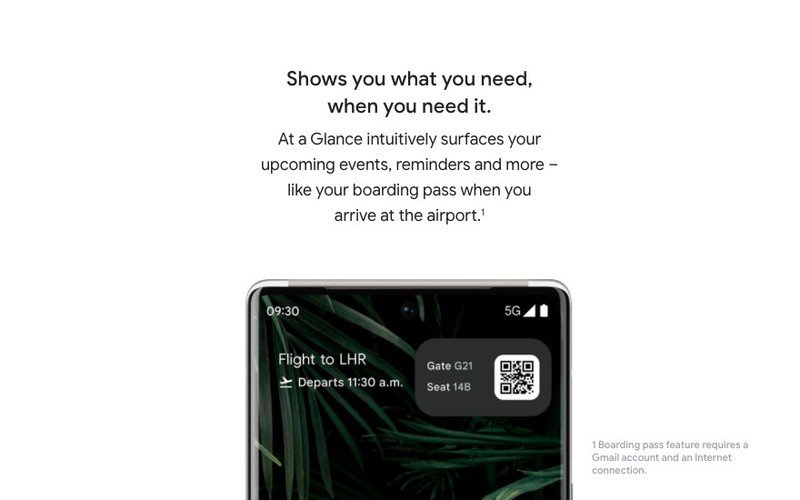 Along with showing off Material You with Android 12, which is the biggest update to Android that we’ve seen in years, we’re also getting another look at the ‘Live Space’ feature. This is an addition to the At a Glance widget that we’ve come to know and love. But instead of At a Glance just showing your flight information, it will also actually show your boarding pass. We’ll have to wait and see what else will be possible with Live Space.

As expected, both devices will offer IP68 water and dust resistance, while using Corning’s Gorilla Glass Victus, offering “up to 2x better scratch resistance”. This is the same glass technology that we’ve seen arrive on some of the best Android phones. Speaking of the display, the Pixel 6 Pro will use a display with LTPO technology, bringing with it a variable refresh rate that switches between 10Hz and 120Hz based on what you’re doing. 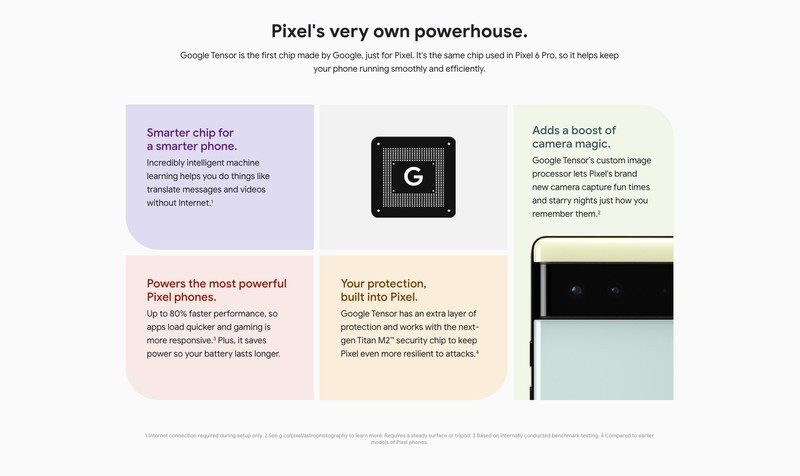 Thanks to the Tensor chip and Google’s translation prowess, both the Pixel 6 and Pixel 6 Pro will be able to offer offline translations. Even the disclaimer on the landing page says that the only time that an internet connection will be required is during the initial setup.

Rounding out things out, the Pixel Stand (2nd gen) is on display, confirming that it will turn your phone into a smart display. You’ll also be able to load up pictures from Google Photos and even control your smart home, essentially putting a Nest Hub wherever you are, whenever you charge the device. According to fine-print, the Pixel 6 will offer up to 21W wireless charging, while the Pixel 6 Pro charges at a slightly-faster 23W.

Wired charging will come in at 30W using a USB-C charger, but again, Google won’t be including one in the box as its following in the Samsung and Apple footsteps here. And those who are hoping for a fabric case might need to hold on just a bit longer. The only case shown off is one that is made with “translucent materials” while being comprised of “over 30% recycled plastics.

As confirmed by Google earlier this week, the Pixel 6 and 6 Pro will be unveiled on October 19. The event is set to kick off at 1 PM ET and could also see the launch of a few other new Google products.

It’s going to be special

The Pixel 6 and 6 Pro look like they will be absolutely incredible devices, and the wait to get them in our hands is almost over.