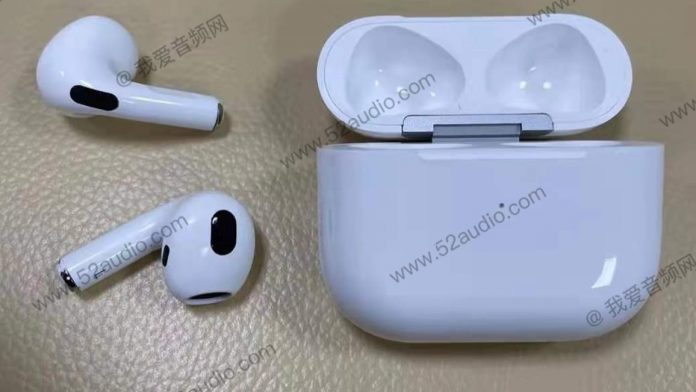 The third-generation AirPods are still on track to be launched before the end of this year, despite their lack of appearance during the iPhone 13 and Apple Watch Series 7 event earlier last month, according to DigiTimes.

Apple analyst Ming-Chi Kuo reported the weekend before Apple’s September 14 “California streaming” event that the third-generation ‌AirPods‌ would make an appearance during the fully digital event. While that did not happen, the new ‌AirPods‌ are rumored to already be in mass production, and Apple is seemingly gearing up to launch them before the end of the year.

Apple announced its ‌AirPods Pro‌ via a press release in 2019, and besides their initial announcement on stage in 2016, ‌AirPods‌ have not yet been given dedicated airtime during an Apple event. Apple could announce the new third-generation ‌AirPods‌ via a press release in the coming weeks, or alternatively include them in its rumored second event for the fall, expected to take place later this month or in November. Related Roundup: AirPodsTag: AirPods 3Buyer’s Guide: AirPods (Don’t Buy)Related Forum: AirPods
This article, “Third-Generation AirPods Still Rumored to Be on Track for 2021 Launch” first appeared on MacRumors.com