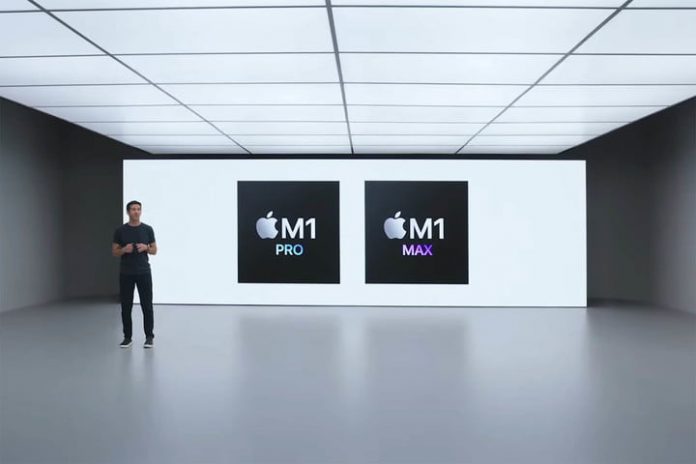 When Apple announced the M1 Max chip at its Apple Unleashed event, we knew it would be a powerful processor. And a growing pile of leaked benchmarks is lending credibility to Apple’s claims, with the M1 Max outperforming nearly all of the best laptops you can buy right now.

The most recent result comes from PugetBench for Premiere Pro — a benchmark we use when testing machines ourselves. The result shows an M1 Max-equipped MacBook Pro with 64GB of RAM earning an overall score of 1,168. We’re not sure if this is the 32-core or 24-core GPU model of the M1 Max, though the result suggests it’s the former.

The results still aren’t perfect, though. The mobile chip can’t best a desktop machine with an RTX 2080 Super in the graphics department, which runs counter to a previous rumor. Still, the M1 Max is close to some recent desktop graphics cards, with an almost identical GPU score to the AMD RX 6800.

With more cores, RAM, and graphics power, it shouldn’t come as surprise that the M1 Max vastly outperforms the base M1. The new result shows about a 188% increase over the base M1 MacBook Pro. This is only one benchmark, so you shouldn’t expect that large of an increase across the board. Still, it illustrates Apple’s claims about the M1 Max’s power.

The M1 Max and M1 Pro are both based on the M1 that Apple released in 2020. The new chips just bump up the specs by a lot. Both come with 10 CPU cores instead of eight, and they feature more performance cores (eight performant and two efficient cores on the M1 Pro and Max, compared to a four/four split on the M1).

More important, the M1 Pro doubles the GPU cores of the M1 while the M1 Max quadruples them. That bump is doing wonders for the chip if leaked benchmarks are to be believed.

Still, it’s important to wait for third-party testing before making any performance assumptions. The M1 Max looks like an obscenely powerful chip, but other factors — such as heat, noise, and battery life — could sour the experience. Apple says the new machines have even better battery life than the M1 MacBook Pro, but we don’t have any testing to reference on that front yet.

The 2021 MacBook Pro 14 and 16 are available to pre-order now, and Apple says the first units will start shipping the week of October 25. Lead times might be longer than normal, though, as Apple and other device makers deal with the fallout from the chip shortage.