HomeHow toThe best weapons in Metroid Dread
How to

The best weapons in Metroid Dread 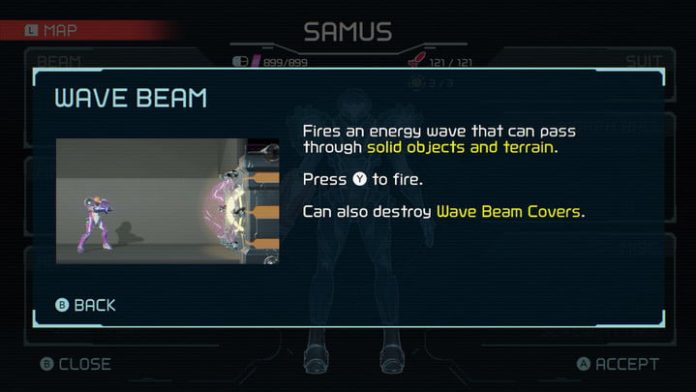 Samus Aran is the star of the Metroid series, working as a deadly bounty hunter with a laundry list of weapons at her disposal. In Metroid Dread, the most recent installment, this rings true, and Samus’ arsenal is arguably more effective than ever. Throughout Metroid Dread, you encounter a variety of power-ups and weapons to help you take on the terrifying E.M.M.I. and other foes. But which ones are the best?

Here, we’ll go through the top weapons to collect on Planet ZDR, with details explaining how they work. These are the best weapons in Metroid Dread.

Most of the game’s best weapons appear toward the later stages, which makes sense given the progression of the Metroidvania formula. Once you reach the Ferenia portion of Dread, you’ll encounter the Wave Beam, and it’s well worth picking up. It deals high amounts of damage and replaces your basic Y attack without needing to charge it up. The main reason for using the Wave Beam is that it allows you to shoot enemies through certain walls and terrain, which often comes in handy.

Out of all the weapons on this list, the Screw Attack is the most unique. It’s technically not a weapon, but rather a maneuver that allows Samus to attack enemies with her body. This makes Samus a weapon herself, which is really cool. The Screw Attack lets you continuously flip in the air, destroying everything (or nearly everything) in your path. You can even use the Screw Attack to break certain blocks. It’s a satisfying weapon that deserves a spot on this list due to how versatile it is.

The Storm Missile is an interesting weapon that lets Samus lock onto five enemies at once, making it an efficient means of wiping out the competition quickly. When facing off against more powerful foes, you can actually “lock onto” them up to five times, dealing devastating damage in a short amount of time. Or you can use it during some of the pesky two-on-one Chozo battles. To use it, hold down the R button and use the laser to line up your five shots. Then press Y to fire.

The Ice Missile eventually becomes your main missile attack, and it’s an excellent choice since it freezes enemies in place — well, most of them, anyway. While this does high amounts of damage, it’s also a practical weapon that makes it easier to get through numerous waves of enemies. It’s a cool weapon, for sure.

Finally, let’s end on one of the most famous attacks in the series, the Power Bomb. Not only does this weapon look great in action, but it’s highly useful. That’s because it wipes out most enemies in your vicinity while revealing any blocks nearby. To use it, hold down the R button while in Morph Ball form, and once it flashes, use Y to detonate, leading to a massive explosion that wipes most things in the way.

The best weapons in Metroid Dread

Why do we need GPS tracking devices or applications on our phones?