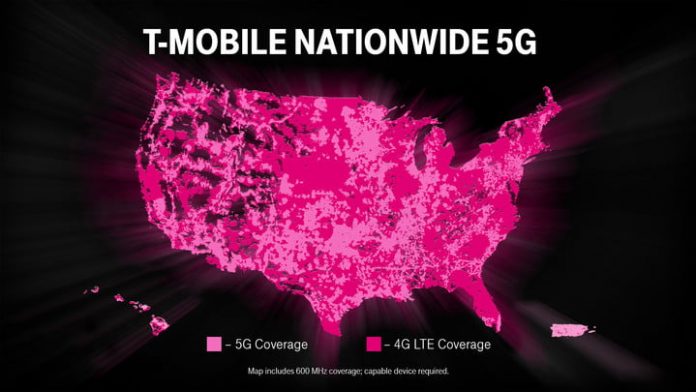 T-Mobile is taking a victory lap today, after a new report by the independent analytics company Opensignal found T-Mobile won out in several key 5G categories against its competitors AT&T and Verizon.

T-Mobile came in first in a comparative writeup that measured the three leading cellular companies’ 5G availability, reach, download speed, and upload speed in the United States. Verizon beat T-Mobile out on the 5G video, voice app, and games experiences; AT&T was shut out entirely and went home with a nice shiny “I tried” gold star.

“Virtually every network report from third-party experts this year shows the same thing: T-Mobile delivers unmatched 5G coverage and blazing 5G speeds that just keep getting faster,” said Neville Ray, president of technology at T-Mobile. “Today, we provide 5G speeds and coverage the Carriers can’t match. And as we deploy even more Ultra Capacity 5G across the country, we’ll continue to pull even farther away from the pack on performance.”

As per Opensignal’s October 2021 report, T-Mobile users saw an average 5G download speed of 118.7 Mbps, which was more than twice as fast as AT&T or Verizon. This marks a 35.6% increase over the numbers Opensignal was using in its July 2021 report. T-Mobile’s lead was less impressive on 5G upload speeds, which hit 16.1 Mbps compared to Verizon’s 14.4 Mbps and AT&T’s 9.7 Mbps.

However, T-Mobile also widened its margin of victory in the 5G availability and reach categories, which found that T-Mobile’s users spent over a third of their time, 34.7%, with an active 5G connection in play, as opposed to AT&T users’ 16.4% and Verizon’s 9.7%. T-Mobile’s 5G reach, as represented by the proportion of locations visited by a user that had a 5G signal, hit 7.2 on a 10-point scale, well ahead of AT&T’s 4.9.

Essentially, the big takeaway from the Opensignal October report is that T-Mobile’s investments in coverage have led to it sweeping the board on simple availability and reach, as the overall mobile business continues its switchover to 5G. Verizon does dominate video streaming and mobile gaming, however, while AT&T lurks in the margins in every category.

AT&T’s telecommunications got its head comfortably handed to it in the Opensignal July report as well. The company is still in this game, but a lot is going to depend on how AT&T looks once it finishes spinning its entertainment holdings off into their own company. Right now, the picture Opensignal is painting is one in which AT&T could charitably be accused of doing the bare minimum to prepare for 5G rollout, which is still fairly inconsistent across the U.S.