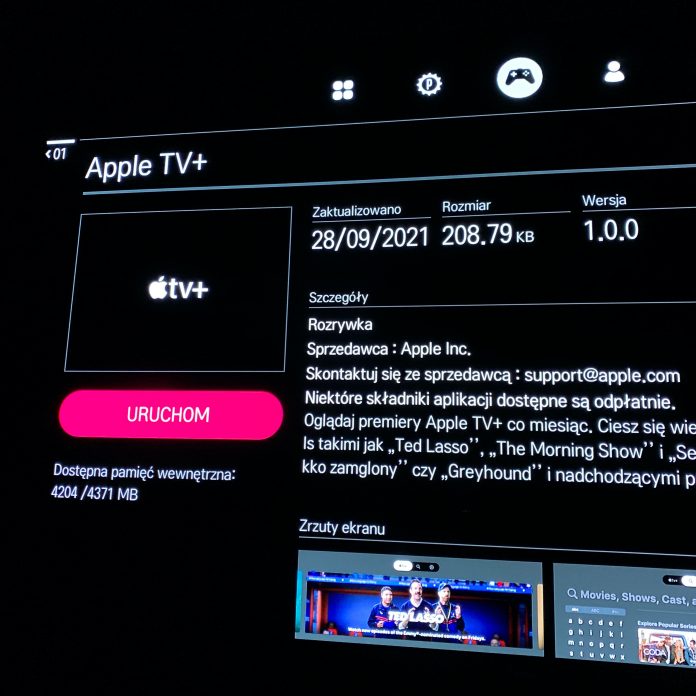 Apple has started making a scaled down “Apple TV+” app available on select 2016 and 2017 LG smart TVs. The app is appearing on LG’s content store in several regions including Germany, Poland, and the Nordic countries, and its existence is confirmed in an LG support document.

Image credit: Bartłomiej Wiśniowski
First spotted by FlatpanelsHD, the app interface looks very similar to the standard Apple TV app, but it only allows owners of the older webOS-based TVs to watch TV+ content. The iTunes Store and Watch Now tabs have been removed from the top navigation menu, leaving just three options there: ‌Apple TV+‌, Search, and Settings.

The fully fledged ‌Apple TV‌ app, which is available on select Samsung, LG, and Vizio TVs, allows users to stream TV shows and movies from ‌Apple TV+‌, access à-la-carte ‌Apple TV‌ Channels and their iTunes libraries, as well as buy or rent more than 100,000 shows and movies from the iTunes Store. The same services can also be accessed on select Roku and Amazon Fire TV devices.Tags: LG, Apple TV Shows, Apple TV Plus
This article, “Scaled Down ‘Apple TV+’ App Now Available on 2016 and 2017 LG Smart TVs” first appeared on MacRumors.com