HomeNewsSave $110 on the new iPad Air in the Amazon Early Black...
News 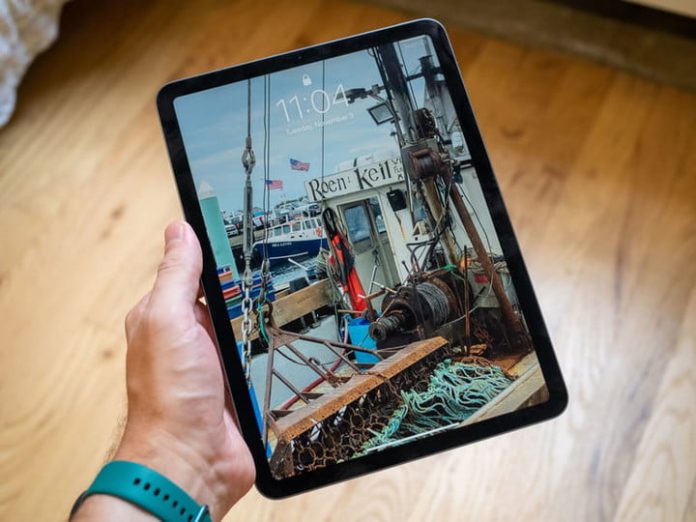 Tablet deals are always in demand, but if you’re an Apple fan, you probably only have eyes for iPad deals. If you’ve been looking forward to this year’s Black Friday deals for a chance to buy an iPad with a discount, you no longer have to wait because of the early Amazon Black Friday deals that the retailer has rolled out. These offers include a $110 discount for the Wi-Fi, 64GB version of the 2020 iPad Air, which brings the tablet’s price down to just $489 from its original price of $599.

Every year, Apple’s iPads are in high demand among Black Friday tablet deals, and that’s because of popular models such as the 2020 iPad Air. The tablet is powered by Apple’s A14 Bionic chip, the same processor used in the iPhone 12, for reliable performance that won’t slow down even when multitasking between several apps. Browsing social media, watching streaming content, and playing games are easy on the eyes through the device’s 10.9-inch Liquid Retina display.

The 4th-generation iPad Air is protected by Apple’s Touch ID fingerprint recognition system, which may be used to authenticate users and to approve Apple Pay transactions. Apple promises up to 10 hours of battery life for the tablet, while adding support for accessories such as the Magic Keyboard and the Apple Pencil 2.

If you want to avoid the supply chain issues that are expected to plague the upcoming holiday shopping season, you should avail Amazon’s early Black Friday deal for the 2020 iPad Air. The Wi-Fi, 64GB version of the tablet is available for $489, down from its original price of $599 through a $110 discount that most likely won’t get much bigger with Black Friday iPad deals. To make sure that you get the 4th-generation iPad Air in time for the holidays, you should click that Buy Now button immediately.

If you want a new iPad but you don’t fancy Amazon’s early Black Friday deal for the 4th-generation iPad Air, don’t worry because there are a lot of other options with discounts. To help you look for the perfect offer, we’ve rounded up some of the best iPad deals that you can take advantage of right now.


If you want the best and beefiest iPad around, the Pro is the one. You can score this third-gen model professionally refurbished in like new condition from the Apple Store for a very nice discount.


Save on this renewed iPad Pro with a 9.7-inch display and 128GB of storage. Wi-Fi only and comes with a 90-day guarantee.


The iPad Pro’s 128GB storage is ideal for people who do light work. It makes you productive with its all-day battery life which means more content making to come.


Max out the 2021 Apple 12.9-inch iPad Pro with 2 terabytes of storage. This much storage with the powerful Apple M1 chip sets you up for video editing when you’re in the field.


You can’t tell it from new, says Amazon. Renewed Apple iPad with Wi-Fi ony has 32GB, and a 9.7-inch display. 90-day replacement guarantee.