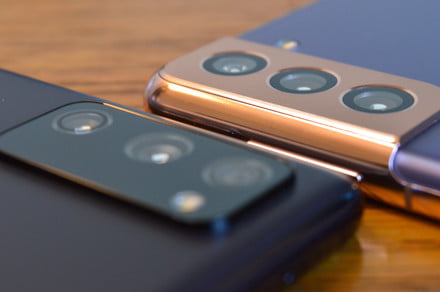 Another day, another set of contradictory Samsung Galaxy S21 FE rumors. Samsung will be hosting its Galaxy Unpacked Part 2 event on October 20, an event that it already sent out surprise invitations for. Recent rumors indicated that the company was expected to launch its long-rumored Galaxy S21 FE at the virtual event, however, more recent rumors claim that the launch has been delayed due to the chip shortage and supply line issues.

The latest leak about the S21 FE delay comes from tipster Jon Prosser, who took to Twitter to say that the phone has been delayed until January, with a launch tipped for January 11, 2022. Max Weinbach also reiterated the information in the tweet’s comments. However, there have been no Galaxy S21 FE launch teasers from the company, so while the latest rumors could be correct, we still advise that they be viewed with skepticism.

Samsung’s S21 FE is delayed until January, as far as I know.

The Samsung Galaxy S21 FE has been one of the most leaked smartphones recently. It is expected to be powered by the Qualcomm Snapdragon 888 SoC and feature a 6.4-inch AMOLED display with a 120Hz refresh rate.  As per tipster Evan Blass, the Galaxy S21 FE could come in blue, grey, green, violet, and white color options. It is likely to come with the same rear camera module design as the other Galaxy S21 models.

The device has been spotted on the support page of Samsung’s German website with model number SM-G990B/DS, and it was also listed on China’s 3C certification website and the Federal Communications Commission (FCC) website. Postings have revealed the presence of up to 45-watt fast charging for a 4,500mAh battery. At this point, the only thing still up in the air is the release date.