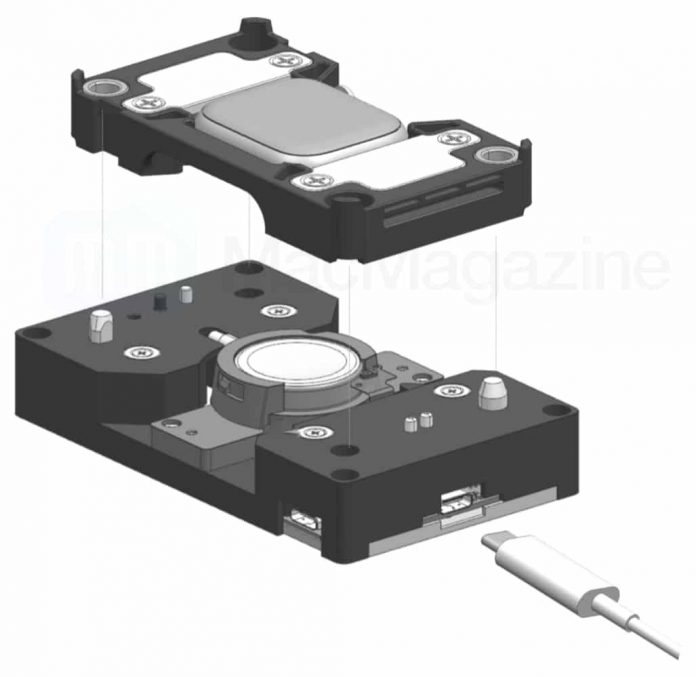 The Apple Watch Series 7 models lack a diagnostic port under the band, which means Apple has to use another means to troubleshoot and restore Apple Watches that come in for repair.

‌Apple Watch Series 7‌ models are equipped with a module that enables 60.5GHz wireless data transfer as we discovered in FCC documents in September, with that data transfer capability designed to be used with a proprietary magnetic dock.

The dock was mentioned in one of the FCC filings, but we didn’t have a clear visual of it until now. Brazilian regulatory agency Anatel has approved the ‌Apple Watch Series 7‌ models and provided photos of the dock that Apple is using internally, with the information shared by Brazilian site MacMagazine.

The ‌Apple Watch Series 7‌ dock is clearly designed for diagnostics, and it has a two piece construction. An Apple Watch charging puck fits into the bottom piece, and then a second piece housing the Apple Watch itself fits over that and aligns with bolts. Prior to the ‌Apple Watch Series 7‌, Apple included a diagnostic port on Apple Watch models, with the port hidden under the band. It’s not clear why Apple has shifted to wireless diagnostics, and it’s also not known how fast the wireless data transfer is. It likely uses USB 2.0 with speeds up to 480Mb/s. 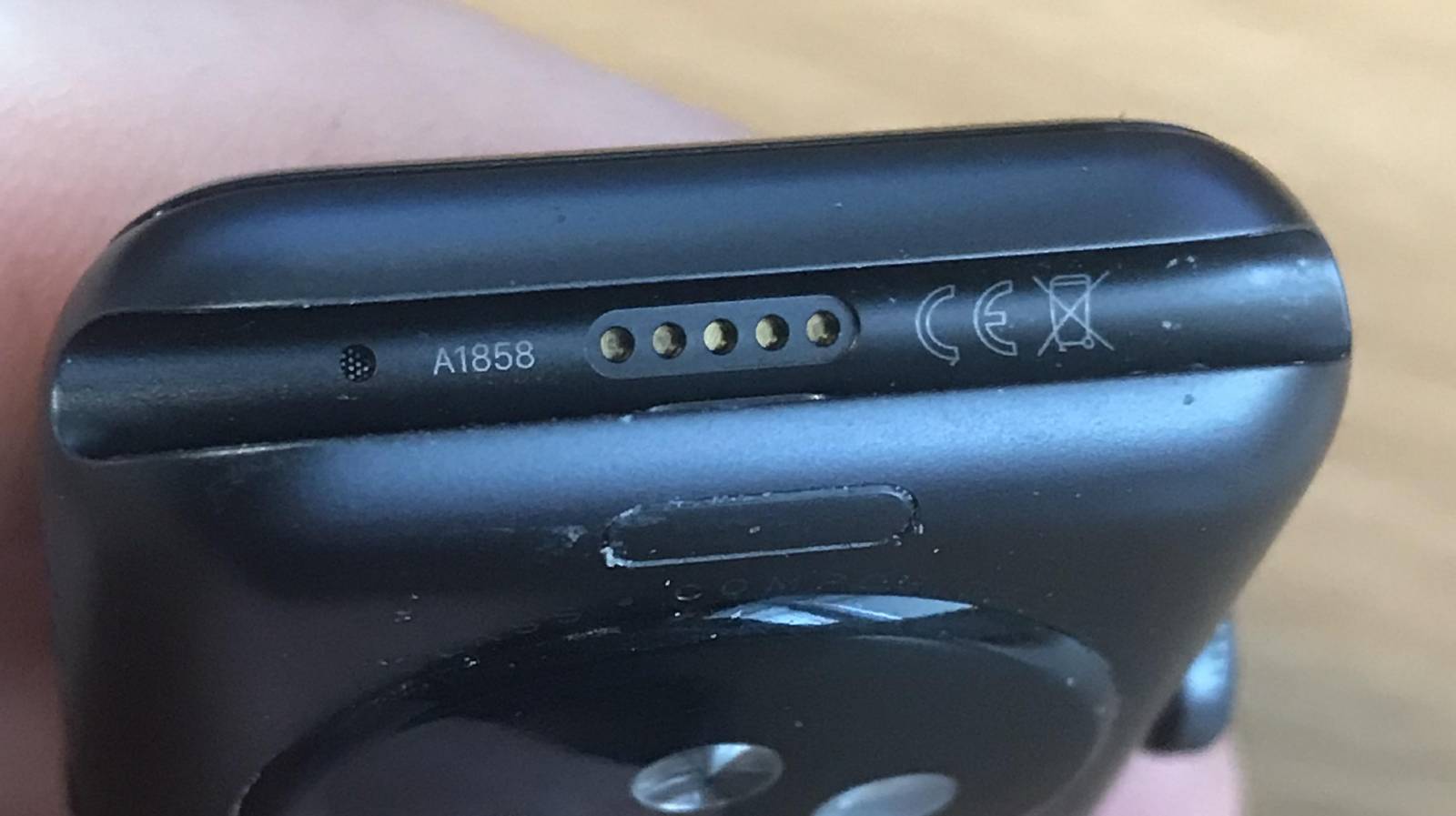 Facebook
Twitter
Pinterest
WhatsApp
Previous articleGoogle now wants you to scroll forever on its Search for mobile
Next articleDeals: Get an AirTag 4-Pack for New Low Price of $89 ($10 Off)
- Advertisment -