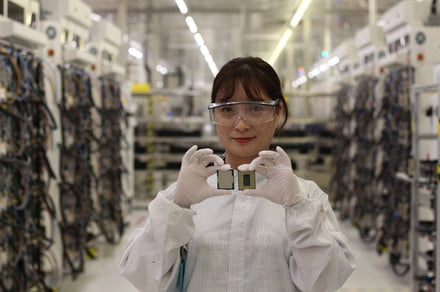 U.S. retailer Micro Center just leaked the prices for Intel’s upcoming Alder Lake processors. Twitter leaker @momomo_us grabbed a screenshot of the Core i7-12700K and Core i9-12900K listings before they were removed by Micro Center — and both show a decent price increase over 11th-gen chips.

Although we recommend viewing any prerelease information with skepticism, Micro Center’s pricing lines up with some previous leaks. In October, a Reddit user was able to obtain two Core i9-12900K processors from a retailer, and they said they paid $610 for each of them. That lends more creditability to the prices listed by Micro Center.

Alder Lake looks more expensive than the previous generation, but more interesting is how the pricing stacks up to AMD. For the Core i7-12700K, it’s $20 more expensive than AMD’s competing Ryzen 7 5800X. However, the Core i9-12900K is significantly cheaper than AMD’s Ryzen 9 5950X. That processor launched for $799, though it often sells for around $750 now. Either way, Intel’s flagship is much cheaper at $670.

Outside of price, the listings revealed some other key details about Alder Lake, most of which we knew from previous leaks. The listings confirm a November 4 release date, which has been rumored for some time. It’s possible that Intel is looking to release them further into November — previous leaks pegged November 19 as the release date — but November 4 seems likely.

It shouldn’t come as a shock, but the listings also point out that neither processor will come with a cooler. Intel hasn’t included a CPU cooler with its processor releases for the past several generations, so this hardly comes as a surprise. Thankfully, many CPU cooler makers are offering free upgrade kits for the new LGA 1700 socket.

Intel hasn’t officially announced a release date for Alder Lake yet, though an increasing number of leaks suggest that the launch date is coming soon. Intel is hosting its Intel Innovation event next week, starting on October 27, where we expect to hear more about Alder Lake’s launch.