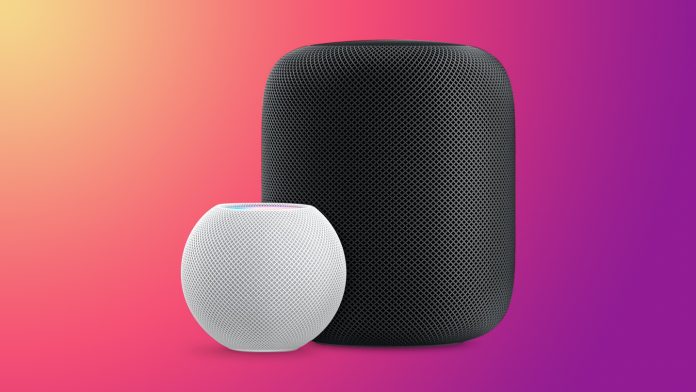 Alongside the iOS 15.1 update that was released today, Apple has introduced a new 15.1 software update that’s designed for the HomePod and the HomePod mini.

Lossless Audio and Dolby Atmos can be enabled through the Home app. Open up Home Settings, tap on your profile, and then under Media, tap on Apple Music. From there, toggle on Lossless Audio and Dolby Atmos. Note that these options appear in the iOS 15.1 beta, but the ‌‌HomePod‌‌ 15.1 beta seems to be needed to actually use the features on the ‌‌HomePod‌‌.

‌‌‌‌‌‌HomePod‌‌‌‌‌‌‌ software is installed automatically on the ‌‌‌‌‌‌‌HomePod‌‌‌ unless the feature is disabled‌‌‌‌, but the ‌‌‌‌‌‌‌HomePod‌‌‌‌‌‌‌ can also be manually updated in the Home app by following the instructions in our ‌‌HomePod‌‌ update how to.Related Roundups: HomePod mini, HomePodBuyer’s Guide: HomePod Mini (Neutral)Related Forum: HomePod, HomeKit, CarPlay, Home & Auto Technology
This article, “Lossless Audio and Dolby Atmos Support Come to HomePod With 15.1 Software Update” first appeared on MacRumors.com