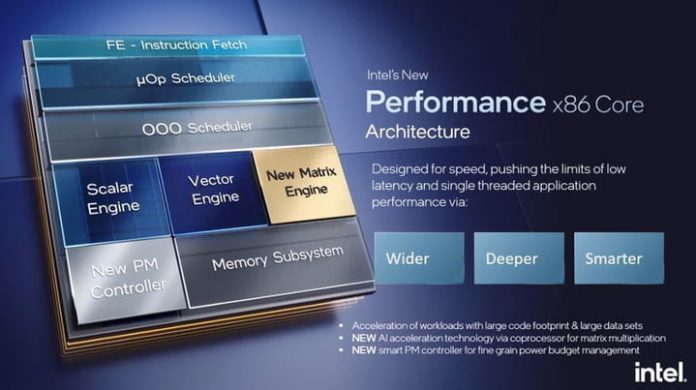 If you’re not familiar, Alder Lake utilizes a hybrid architecture that combines performant (P) cores and efficient (E) cores, but this is the first time Intel has said some models will only feature P-cores. It confirms a rumor from earlier this week, which showed the Core i5-12400 with six P-cores, for a total of 12 threads.

We don’t suspect Intel is making nonhybrid models for all of its chips, though. The guide also points to up to eight P-cores and eight E-cores on desktop chips, which is what the Core i9-12900K is rumored to come with. We’ll likely see a few select models, like the Core i5-12400, that are built to excel in limited-threaded applications like gaming at a reasonable price.

Although games don’t benefit much from a lot of cores, Intel’s developer guide still offers some key pointers. Unlike a normal desktop CPU, which can schedule tasks on any core available, Alder Lake requires careful planning from developers to move the most important tasks to the most performant cores.

However, Intel warns developers of scaling their games to take advantage of all of the cores. “As the number of threads increases, so does the overhead of managing them,” the guide reads, pointing out that this issue isn’t specific to Alder Lake. The good news is that Intel says the majority of games are working well on the new platform.

“Analysis of games on hybrid architectures has shown the majority of games perform well, with older or less demanding games favoring the Performance cores. Games that were already built to heavily utilize multithreading, and that can scale to double-digit core counts, were found to benefit from hybrid architecture due to better throughput,” Intel said.

Intel warns of issues with poorly managed tasks, though. Putting a task on the wrong core can result in a “performance inversion.”

Thankfully, there seems to be a workaround. Although most games should run well on Alder Lake, it’s possible some older titles will struggle with the exotic architecture. For that, Intel says manufacturers can offer the option to disable the E-cores in the BIOS. We’re not sure if that will be necessary, but the option is there.

QuietOn 3 vs. Bose Sleepbuds 2: White noise or no noise?

The Galaxy S21 FE 5G Exynos is a potential bestseller, but at a steep price