HomeNewsiOS 15’s Focus mode blends simplicity and depth. Here’s how to use...
News

iOS 15’s Focus mode blends simplicity and depth. Here’s how to use it properly 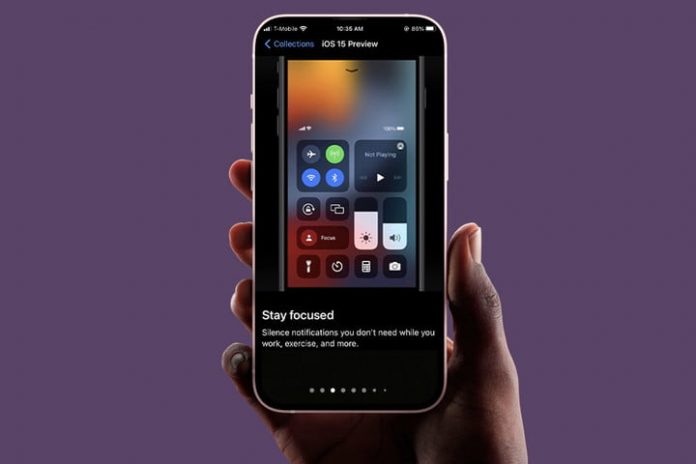 Apple’s new iOS 15 operating system is upon us, and it has brought a host of new features to iPhone users the world over. One of the most notable is Focus, a tool that gives you much more power to control your notifications and block distractions than the old Do Not Disturb mode ever did. You can now set individual Focus modes for different situations, like blocking calls when you’re gaming or only allowing certain apps during work hours.

The thing is, I’ve seen plenty of people complaining that Focus is too complicated, or that it is overkill for what they need. And that’s fine — not everyone needs twenty different focus regimes to help them stay on track. But iOS 15’s Focus does not diminish Do Not Disturb, which is still there when you need it. It’s just that now there are some extra features if you want to go beyond the basics.

In iOS 14 and before, Do Not Disturb was somewhat limited. You could turn it on manually or lock it to a schedule, and when enabled, it would block all notifications except the apps and people you defined as exceptions. And that was about it.

Focus mode expands that with customizable settings that let you block only what you want to. You’re no longer bound by a one-size-fits-all approach that might not always be right.

Simplicity when you need it

Focus mode indeed brings more choices, but that doesn’t make it any harder to get started. That’s because the default Focus mode is Do Not Disturb, just like it always has been. Open Control Center on an iPhone running iOS 15, tap the half-moon icon next to Focus, and Do Not Disturb begins immediately. No fuss, no complexity. This is just as it worked in iOS 14 and before.

On an Apple Watch, there’s only one extra step to enable Do Not Disturb (or any other Focus mode) in Control Center. But that doesn’t matter anyway because Focus modes can sync across all your devices. In iOS, open the Settings app and tap Focus, then enable Share Across Devices. With that sorted, there’s no need to swipe on your Watch at all once Focus is enabled on your iPhone.

Focus mode’s strength lies in its customization. You can set a ‘work mode’ that only allows apps like Pages and Slack, or a ‘mindfulness mode’ that blocks notifications and communication apps. Do Not Disturb in iOS 14 never offered that kind of flexibility.

Do Not Disturb taken to the next level

As well as distinct modes, Focus also has much more power to tweak Do Not Disturb settings than we’ve had previously. You can set up custom pages on your home screen, dim the lock screen, use automations that power up your Do Not Disturb schedules, and much more.

But there’s no need to do any of that if you don’t want to. It’s still easy to quickly enable Do Not Disturb and be done with it. If you want the customization, it’s there for you. And if you just want to block annoying notifications with a single tap, that’s still incredibly simple to do. In contrast, iOS 14’s Do Not Disturb has always been limited in that you only have one option and must make it work for everything.

Sure, Focus has a lot more on its plate than Do Not Disturb ever did, and it can be a little overwhelming when you first notice just how much you can do with it. But there’s no need to dive in at the deep end. If you just need a quick Do Not Disturb toggle, that’s still there, just as always. Focus doesn’t replace Do Not Disturb — it enhances it.

Facebook
Twitter
Pinterest
WhatsApp
Previous articleAndroid 12 is out. Or is it? Here’s why we think Google delayed the release
Next articleThe new iPad Pro’s OLED screen could come later than expected
- Advertisment -