HomeNewsIntel Alder Lake could be over 60% faster than AMD — and...
News

Intel Alder Lake could be over 60% faster than AMD — and it topped Apple, too 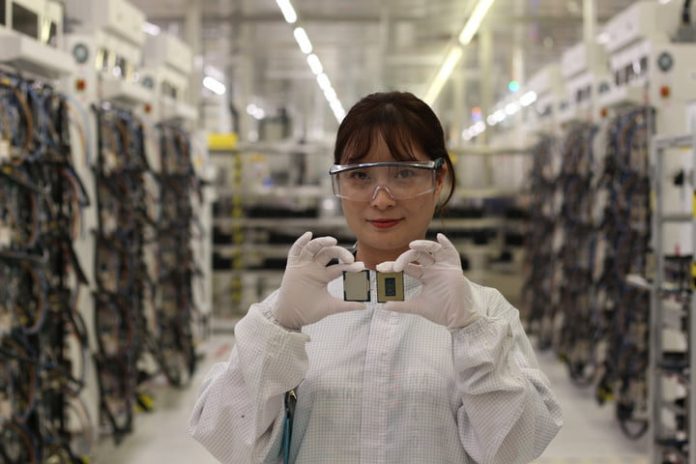 Intel Alder Lake processors are almost here, not just for desktop users, but also for laptops. The upcoming Intel Core i9-12900HK processor is likely to be one of the best processors for laptops.

An early benchmark has leaked, showing fantastic results for the Core i9-12900HK — the processor beats every single other CPU out there, including Apple’s latest M1 Max chip.

The 12th Generation of Intel processors, Alder Lake, is set to release in the fall. (Image credit: Intel)

According to the Geekbench test that emerged today, the CPU in question has 14 cores — six performance cores and eight efficiency cores — and 20 threads. The processor appears to have a base clock of 2.9GHz, but no accurate information as to its boost clock has been found. Considering that it’s part of the HK series of processors, it should be unlocked and offer turbo mode.

The Intel Core i9-12900HK has a long list of competitors to beat, and in this benchmark, it outperformed them all. With a single-core score of 1851 and a multi-core score of 13,256, it’s safe to say that the processor did a great job. Compared to its predecessor, the current-generation Core i9-11980HK, the new Alder Lake CPU performed 14.5% better in the single-core benchmark and a whopping 44.8% better in the multi-core test.

The new Intel CPU also stands victorious against AMD’s notebook king, the Ryzen 9 5980HX. The upgrade in performance is even more noticeable here, with a lead of 22.9% in single-core and 61.3% in multi-core for the Core i9-12900HK.

It was also compared to Apple’s M1 Max chip, which is the closest thing to Alder Lake, considering that it’s freshly released and AMD has no same-gen equivalent to the Intel Core i9-12900HK just yet. Intel’s new laptop CPU still won in this test, with a 3% lead over the M1 Max chip. AMD will start having a real horse in this race when the new Zen 4 processors are released next year.

Apple has released a powerful chip in the M1 Max, but it’s good to see that Intel is rising to meet the increasing standard in laptop performance. It’s possible that while the Alder Lake HK processor will be equally powerful  as the M1 Max, Apple’s processor will remain the more power-efficient of the two.

The screenshot of the Geekbench test was first posted by Wccftech. Geekbench no longer displays benchmarks of unreleased hardware to the public, so this is likely a private benchmark that is difficult to verify. However, it won’t be long now before these processors are released and the benchmarks will start rolling in.