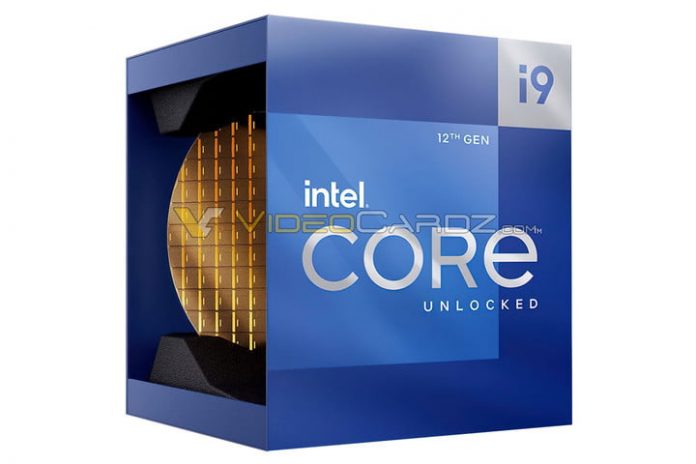 After months of rumors, benchmark leaks, and architecture deep-dives, we finally have a glimpse at what Intel Alder Lake could look like. For the most part, Intel looks to be keeping with the box design of 11th-gen processors across the range. But the flagship Core i9-12900K appears to come with a special goodie — a golden wafer replica.

VideoCardz received and shared the photos of the packaging. Although it’s hard to tell, it looks like the flagship chip will come inside a wafer replica. In one of the images, you can see a line down the middle, and it looks like the wafer is being held in place in the center of the box. Intel hasn’t gotten this unique with its box designs since the Core i9-9900K.

It signals a confidence from Intel, which the company has seemed to lack for the past two generations. Intel has traditionally marked its flagship chips with box designs different from the rest of the range, but nothing as unique as the polyhedron box design of the Core i9-9900K — and nothing as special as a replica of a golden wafer.

Also shared were photos of the boxes for the Core i7-12700K and Core-i5-12600K, which look identical to the boxes for Rocket Lake processors. The only difference is that the “11th Gen” tag now says “12th Gen,” and it’s located in the upper-right corner instead of the lower left. We also saw the Core i9-12900KF box, which, like the last gen, notes that it requires discrete graphics on the box.

The boxes look legit, but it’s still important to note that Intel hasn’t officially released the packaging design yet, nor has it confirmed the model numbers for each processor.

We’re still waiting on the release date, which is what most people care about. Intel is set to host its Intel Innovation event starting on October 27, and we hope to find out the release date then. Current rumors point to the processors launching in November, but Intel hasn’t confirmed anything.

Alder Lake is Intel’s first step into the world of hybrid desktop CPUs. With two different core types and features like Thread Director, the upcoming generation looks like the boon the company has needed for the past few generations.

Facebook
Twitter
Pinterest
WhatsApp
Previous articleSamsung just fixed one of the worst things about One UI
Next articleDell is having an insane gaming monitor sale right now – but hurry!
- Advertisment -