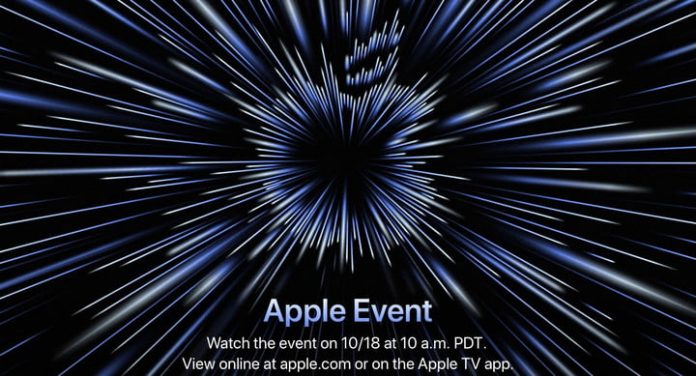 Apple announced a new special media Unleashed event scheduled for Monday, October 18, at 10 a.m. PT, suggesting that new products are on the horizon before the year is over. Apple’s October event will be a virtual one, like many press events during the pandemic, and the good news is that you will be able to tune in live and watch at home.

In typical Apple fashion, the company did not reveal what viewers can expect at Unleashed. Joswiak’s tweet suggests that Apple will deliver some “speed” improvements in new products at its presentation. Rumors strongly suggest that Unleashed will bring refreshes to Apple’s Mac lineup, specifically the M1X MacBook Pro.

How to watch Unleashed

Unleashed is expected to have been filmed at Apple’s Cupertino, California headquarters, but it won’t be a live, in-person event. You’ll be able to watch at home during the presentation to watch Apple’s announcements live.

Unleashed is slated to take place on October 18 at 10 a.m. PT, which means East Coast viewers can tune in at 1 p.m. The event will be livestreamed, so you can watch it on any internet-connected device with a browser. All you’ll need to do is visit Apple.com and the event will stream from the company’s home page. Alternatively, you can also visit Apple’s events portal to view the stream if it doesn’t show up on the main page.

Apple TV users can also view the presentation on the big screen on the Apple TV app.

Unleashed is expected to last for up to two hours, per Apple’s calendar invitation.

What to expect at Unleashed

Unleashed follows Apple’s recent September event, which saw the introduction of new iPad, iPhone, and Apple Watch models. For October, Apple is widely expected to announce new MacBook Pro models, and we can see a redesign of the company’s pro-level notebooks.

Given that the current 16-inch MacBook Pro hasn’t been updated in two years — it is still running Intel’s processor in an era where most other Apple computers have switched to the company’s in-house M1 CPU — it is ripe for an update. Early rumors suggest that we’ll see two new models — a redesigned MacBook Pro 16-inch and a new MacBook Pro 14-inch.

Unlike last year’s MacBook Pro 13-inch refresh, which ran on the M1 processor, the new MacBook Pros that Apple is expected to announce at Unleashed is believed to debut with even more powerful M1x processors. The new processor can bring better processing and graphics performance, and perhaps even longer battery life with more efficiency or larger batteries. The MacBook Pro 13-inch with an M1 processor already lasts for a whopping 20 hours on a single charge, according to Apple’s tests. Joswiak’s tweet likely referenced the performance improvements expected on the M1x processor.

Unleashed! These next six days are going to speed by. #AppleEvent pic.twitter.com/0ops2bVPvl

In addition to larger screens, the new MacBook Pros with M1x processors is expected to usher in a redesign. Rumors suggest that the TouchBar may not be making a return this time around, and Apple may bring back old favorites to the new models, including more ports, the reintroduction of MagSafe charging, and even a slimmer profile.

More recently, there’s speculation that Apple could upgrade the displays on the new laptops to use mini LED technology, bringing the notebook’s screen in line with the recent iPad Pro, along with 120Hz refresh rates, matching what’s capable on the iPhone’s panel.

In addition to new pro laptops, Apple could also debut new AirPods 3 at the event, according to a recent rumor.

Be sure to follow Digital Trends on October 18 to catch all the latest news, reviews, and opinions on the latest product announcements out of Cupertino.