HomeHow toHow to use Twitter's Clubhouse clone on Android
How to

How to use Twitter’s Clubhouse clone on Android 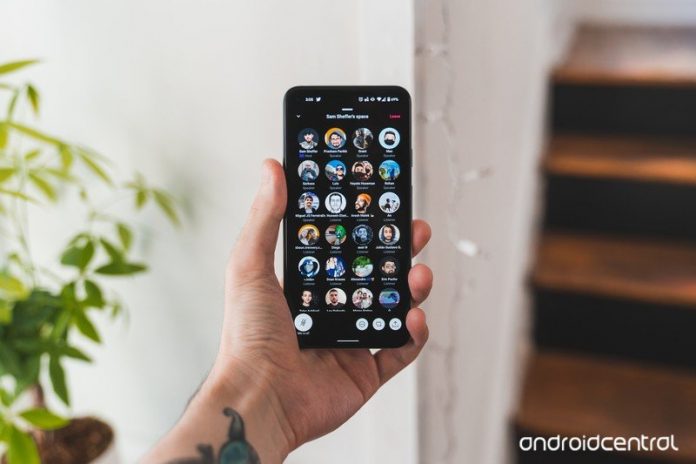 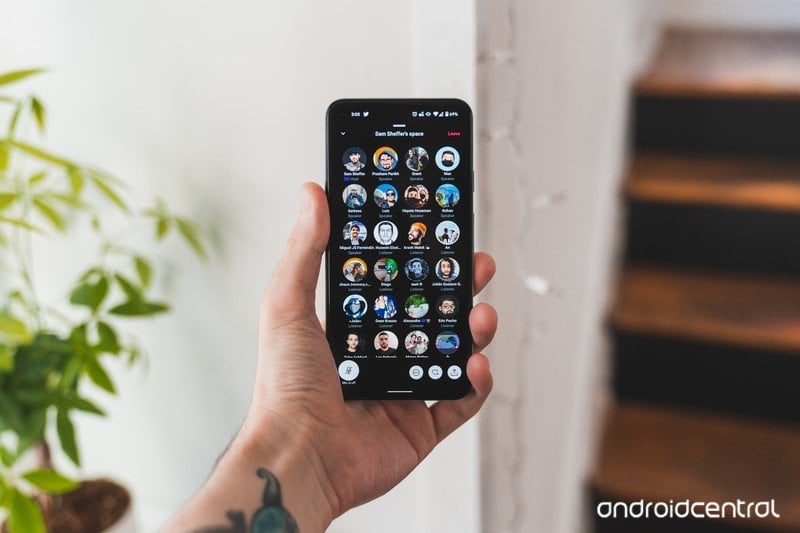 By now, you’ve probably seen iOS users tweeting and posting about Clubhouse, an audio-based social network that, for the moment, is limited to iPhones only. No need to feel too left out, though. Twitter has developed its own version of the platform called Spaces, which integrates directly into the Twitter app you likely already have on your phone. The whole layout may seem a bit confusing at first, but it’s addictingly simple to use once you get the hang of it. Let’s take a look at how to use Twitter Spaces for Android.

Along with the Clubhouse service that inspired it, Twitter Spaces essentially acts at an interactive conference call that connects listeners with their friends, favorite creators, and public figures. So whether you’ve set out to pick up on small bits of insider secrets or you just want to have a casual group conversation, Spaces offers a quick and direct way to converse with others. These are the steps you need to take to use Twitter Spaces for Android:

Open the Twitter app.
You’ll see any active Spaces highlighted in purple in the strip above your timeline, right alongside Fleets. Tap a space to preview the attendees.

Tap Join this space to automatically enter a space and begin listening to the ongoing conversation. 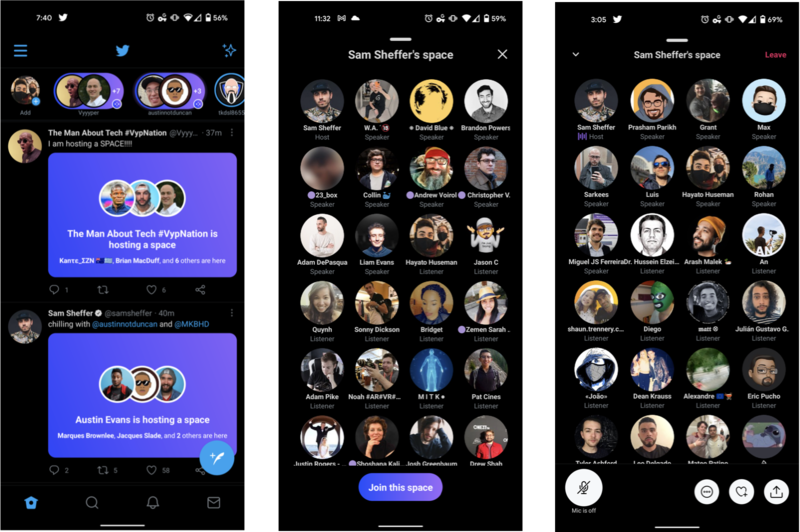 Speakers will be displayed at the top of the list. You can request to become a speaker by tapping the Request button in the bottom-left corner of the screen.
Once accepted as a speaker, the Request button will switch to a mute button for the microphone. As a speaker, you can tap the mute/unmute button at any point to begin speaking.
As either a speaker or listener, you can react to another speaker by tapping the react button (the heart with the plus symbol) near the bottom-right corner.
You can tweet out or DM a Twitter space to your followers by tapping the share button in the bottom-right corner.

When the Twitter Spaces feature first launched, only a select number of invite-only users could create a new space on mobile. However, the ability to launch a new Space is now available to everyone. To create a Space, you just need to tap the same Plus button to compose a new tweet. You’ll see the option for a Space alongside Photos and GIFs in a pop-up window.

If you create a Space or are a speaker in a Space, your followers will see it at the top of their timeline. It’s also worth pointing out that, at this time, all Spaces are public. This means that anyone can join any Space as a listener unless you’ve blocked the account.

Perhaps best of all, you don’t have to actively keep your screen on or stay within the Twitter app to listen to a space. Like any other type of call, a Twitter space can remain open in the background, hiding away in your notification shade for quick access.

Twitter Spaces seems to work with virtually any Android phone. I’ve tested it with some of the best Android phones currently on the market, along with some inexpensive models like the Pixel 4a. I have yet to run into any compatibility issues. So no matter what device you use, you should be able to join in on the fun!

The Pixel 5 may be best known for its clean software, timely updates, and amazing cameras, but it’s also a battery champ, easily able to last all day on a single charge. You’ll be able to listen to endless conversations in Spaces without worry.

Facebook
Twitter
Pinterest
WhatsApp
Previous articleUpdate your Pixel 6 as soon as you receive it ‘to get all the features’
Next articleThese are the best cheap data plans you can buy in the U.S.
- Advertisment -