HomeHow toHow to fast travel in New World
How to

How to fast travel in New World 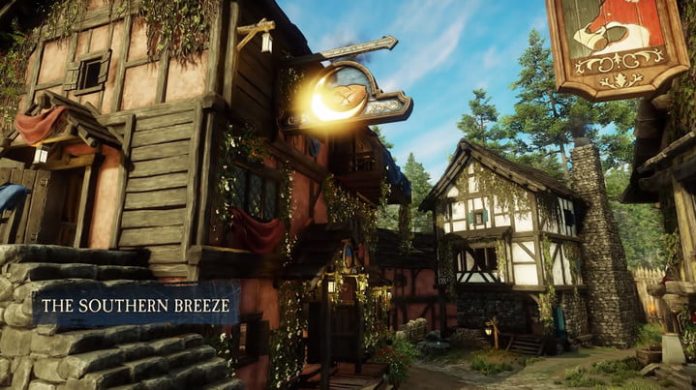 Getting around New World‘s gigantic map is no easy task. With hostile monsters and players lurking around every corner, it should come as no surprise that the safest way to get from Point A to Point B is through New World‘s fast travel system.

Unfortunately, fast traveling isn’t as simple as opening a map and clicking on your destination. In fact, some forms of fast travel require an elusive resource known as Azoth — and you’ll need to be very careful with how you spend it. Regardless of where you’re trying to go or how you’re trying to get there, here’s what you need to know about New World‘s fast travel system.

There are three different ways to fast travel in New World — and none of them are perfect. However, if you’re looking to get somewhere in a hurry, using one of these systems is your best bet.

Recall to an inn

The first method of fast travel is incredibly limited, but it doesn’t require the use of any resources or currency. Within your first hour or so of playing New World, you’ll be asked to check in at a nearby inn. This acts as a respawn point if you die in combat and can also be used as a fast travel location regardless of where you are in Aeternum. Here’s how it works:

Recalling to an inn doesn’t require any resources, but it can only be used once every hour. If you’re in a bind, however, this fast travel option can quickly get you to safety.

Recall to your home

After purchasing a house in New World, you’ll unlock the option to use it as a fast travel hotspot. Unfortunately, owning a house requires a massive time commitment and a nearly unending supply of gold — not only do you need to make a huge upfront purchase, but you’ll also need to pay taxes on your property in perpetuity.

Like recalling to an inn, there’s no resource cost associated with recalling to your home. Instead, it runs on a cooldown timer that’s determined by the tier of your home. In other words — the better your home, the more often you can recall.

The most flexible method of fast travel requires the use of Azoth — an in-game currency that can be acquired by exploring and completing quests. This fast travel system is a bit more complex than the other two but should be familiar to anyone who has played an MMO in the past decade. Here’s how it works:

It’s worth noting that you can only travel to locations you’ve already discovered. While that certainly helps add to the feeling of discovery and exploration, it also makes it difficult to meet up with friends who might be in parts of Aeternum you’ve yet to explore.

When are mounts coming to New World?

Mounts are standard in just about every other MMORPG in existence, but they’re nowhere to be seen in New World. However, that might change with a future update. According to New World‘s game director, Scot Lane, mounts are likely to make an appearance as the game continues to grow.

“I think right now our world isn’t of the size that warrants mounts,” Lane said. “When we do get there with the live game, that’s gonna happen at some point; we’ll add mounts when we feel players will benefit from them and we can do them in a really cool way that works for us.”

Until then, however, your best bet for getting around Aeternum is through its fast travel system.