How leveling up and progression works in New World 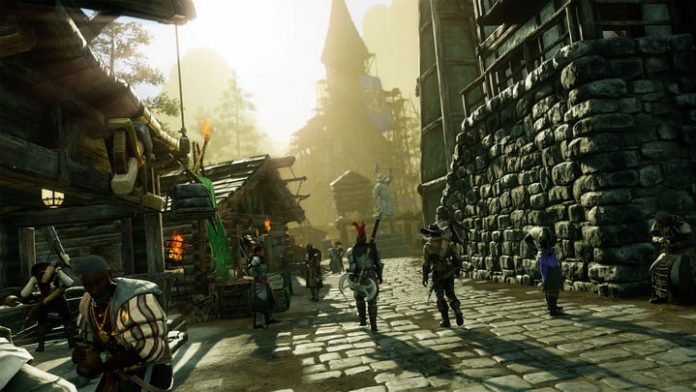 New World offers a classless progression system that lets you change up your playstyle by switching out your equipment. One moment you can be fighting off zombies with a fire staff, then a second later you can be slicing through the Corrupted with a two-handed great ax. This versatility makes it easy to craft your perfect character — but it also makes it daunting to level up and select the right skills.

Beyond all the combat skills, there’s a bevy of upgradable crafting and gathering trades. These combine to create a complex leveling and progression system, but one that rewards you for every in-game action. Whether you’re looking to be a dominating force on the battlefield or the best cook in Aeternum, here’s what you need to know about progression and classes in New World.

Because there are so many activities you can get lost in, New World has decided to break its progression system up into three unique categories — Attributes, Weapon Mastery, and Trade Skills. It might seem convoluted to newcomers, but it’s actually an intuitive system that provides you with a constant sense of progression.

Most actions in New World will grant you a bit of XP toward improving your character’s overall level. Whenever you reach a new level, you’ll be given a few points to increase your Core Attributes. These attributes have an impact on your overall HP, Mana, and ability to use certain weapons and deal damage. The five core attributes are all related to your effectiveness in combat, and they include:

These can be freely reset up until you hit level 20, so don’t be afraid to frequently change up your allotments and test out a playstyle with different Core Attributes.

Increasing your overall character level and upgrading your Core Attributes will only get you so far — you’ll also have to hone your skills with each type of weapon. Weapon Mastery is New World‘s way of rewarding you for sticking with certain types of weapons and unlocking powerful skills. Weapon Mastery is leveled up by slaying opponents with a specific weapon. When you hit a new Weapon Mastery level, you’ll be able to pick up new active and passive skills related to that gear.

For example, increasing your Strength Core Attribute will allow you to deal more damage with both great axes and swords. However, you won’t gain access to unique skills for either type of weapon unless you’re actively using it in battle and increasing your Weapon Mastery.

Here’s a look at all Weapon Mastery categories in New World:

There’s no shortcut to leveling up your Weapon Mastery. Instead, you’ll need to grind as many mobs as fast as possible. Find a location that’s free of other players but heavy on monsters — as long as they’re close to your current level, you should be able to gain a significant chunk of Weapon Mastery XP every hour.

Only 19 Weapon Mastery points can be acquired for each skill line, however, New World doesn’t limit the number of weapons you can level up. That means you won’t be able to fully unlock each node on an individual skill tree, but you can become a “master” of every weapon in the game.

Completely separate from your Core Attributes and Weapon Mastery, Trade Skills offer you a relaxing way to spend your time in New World. These are further broken down into the categories of gathering, refining, and crafting, and you’ll need to perform very specific tasks to level them up. The higher your rank, the better items you’ll be able to gather, refine, or craft.

You’ll often find that these are best tackled in groups, as gathering one type of resource can then be refined and crafted into something new — making it easy to level up three Trade Skills at once.

Here’s a brief look at the 19 Trade Skills available in New World:

Even if you’d rather be running quests or waging war against other factions, it’s in your best interest to focus on a few Trade Skills. Not only do they provide you with a bit of XP toward your overall character level, but they’re a great way to load your inventory with gold. And since resources are littered just about everywhere in Aeternum, you don’t have to go far off the beaten path to do a bit of gathering.

While Amazon Games offers a very free-form leveling system with New World, there are a few tips and tricks anyone can take advantage of: