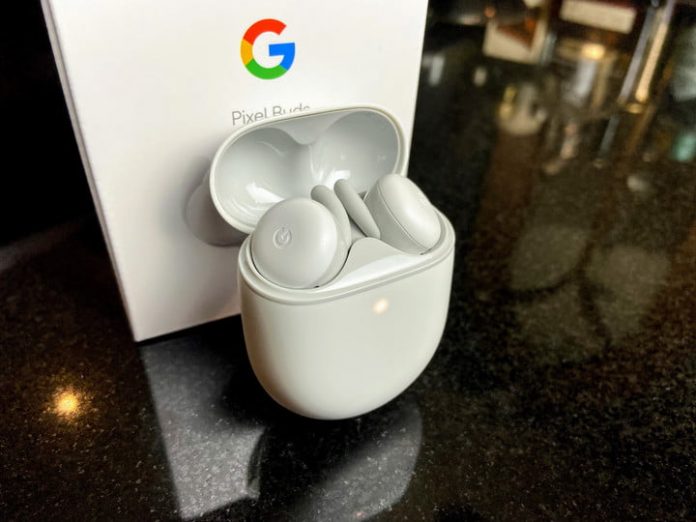 At Google’s Fall Pixel Launch event, the Pixel 6 and Pixel 6 Pro were the highlights of the show. We also saw other announcements like Pixel Pass, which gives you regular upgrades, a subscription to Google Play Pass, and an extended warranty on your Pixel phone, as well as a new and more powerful Pixel charging stand.

What we didn’t see are a few products in need of an update or brand-new devices in certain spaces like wearables. This doesn’t mean we won’t see these products sometime in the future, but they just won’t be coming now. Here’s what Google didn’t announce at the fall Pixel launch event.

The Pixel Buds A-Series were released relatively recently, and the $99 Buds offer adaptive sound and an IPX4 sweat- and dust-resistance rating. While they don’t have active noise cancellation or a wireless charging case, they are an affordable option for anyone who wants true wireless earbuds that fit well in the ears.

At the Pixel Launch, some wondered if Google would announce a new version of the Pixel Buds. We didn’t get any new Buds yet, but we hope to see a new iteration of Pixel Buds in the near future. For now, if you’re looking for the best Pixel Buds available, we prefer the Pixel Buds 2 over the A-series.

Google’s Pixelbook Go was incredibly well-received when it came out in 2019 after the original Pixelbook (2017). The Pixelbook Go had a comfortable keyboard and a stellar battery life, making it a user-friendly device for light work and daily use.

Google came out with a Pixel Slate Tablet in 2018, which was a 2-in-1 Chrome OS tablet that’s now discontinued, but is still available at some retailers. While there were a few whispers of a potential new tablet due to rumors of a patent, we didn’t see any announcements of a new Pixel tablet at the Fall Launch Event.

With the Pixel 6 Pro’s display clocking in at 6.7 inches, the line between phone and tablet continues to blur as phone screen sizes get larger. Also, with the Pixel Fold rumored to have an even larger display, this line will blur even more.

Although a lot of news and rumors have been circulating about a Pixel Watch, we’ve been hearing these rumors since 2019. Once again, Google didn’t release a Pixel Watch at its 2021 Fall Launch event, but we’re still hoping to see one soon. It would certainly be interesting to see a more traditional Google version of Wear OS 4 compared to the heavily Samsung-influenced one we got with the Galaxy Watch 4 and Classic.

Although we expect to see a Pixel Fold phone coming in the near future, which would add a lot of excitement to the lineup, it wasn’t announced during the Pixel Fall Launch. The Pixel Fold is rumored to have a 7.6-inch display at 120Hz, but beyond that, we don’t know much. However, there is reason to be hopeful since the Android 12.1 release is clearly optimized for foldable and large-screen devices. We’ll continue to provide updates as we learn more.