HomeNewsGoogle Pixel 6 vs. Pixel 6 Pro: What are the differences?
News

Google Pixel 6 vs. Pixel 6 Pro: What are the differences? 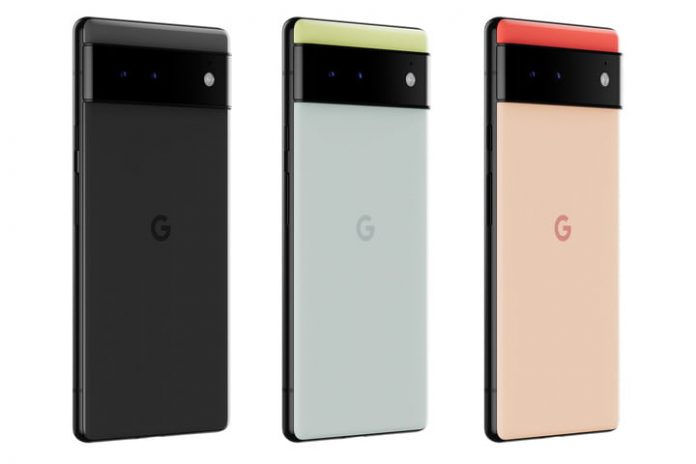 It’s probably fair to say there are three major players in the flagship phone game at the moment — Apple, Samsung, and Google. While Google’s Pixel range doesn’t have the same mass acceptance as Apple or Samsung, it’s still putting out some exceptional devices that are finding their niche within the market. The Pixel 6 and Pixel 6 Pro are the newest flagship devices from the search engine giant, and they’re a big departure from the “flagship-lite” approach taken with the Pixel 5.

Loaded down with Google’s new processor technology, a unique look, and some top-quality camera smarts, the Pixel 6 and Pixel 6 Pro seem set to become some of the best flagships on the year. But which of the two is better for you? The Pixel 6 Pro is the more advanced model, but is it worth the extra money over the base Pixel 6 model? We found out.

The Pixel 6 has been given a big design refresh, and it’s unlikely your phone is going to be confused for any others. The big standout feature is the horizontal, visor-like camera module on the back of the phone called the “camera bar.” It’s dark, sticks out, and bisects the very top of the phone from the bottom. It’s striking and likely to divide people on whether it’s good-looking or not. The front is a more conservative affair, sporting a bezel-less design with a punch-hole for the selfie camera.

There are still a few unknowns at this early stage, but at the moment, the Pixel 6 Pro’s sharper screen and smoother refresh rate win this round.

Google hasn’t just refreshed the outside of the new Pixels, it’s also made some enormous changes to the internal specs. Key to the changes is the new Google-built Tensor processor. This chip replaces the more usual Qualcomm Snapdragon processor, and it’s been created to work closely with Google’s A.I. models. Since it’s so new, we don’t know how it’ll stack up against Apple’s Bionic chip and Qualcomm’s Snapdragon yet, but that doesn’t matter here. Both the Pixel 6 and Pixel 6 Pro have the same Tensor processor, so they’re going to have the same level of power.

Battery life, we’re not sure about yet, but it’s likely the Pixel 6 Pro is going to have the larger of the two batteries. With a larger display, that may mean it uses more power, but the dynamically changing refresh rate may mean that equals out. We’ll have to test them to be sure, but Google is claiming a solid 24 hours of battery life. Both will also come with reverse wireless charging — so you can charge another device with your own.

These two phones are very similar, and until we’ve had a chance to test, this is a tie.

As usual, Google has thrown everything at the cameras in the new Pixel phones. Both phones have a 50-megapixel wide-angle main lens and a 12MP ultrawide lens to back it up. The Pixel 6 Pro goes one further, though, packing a 48MP telephoto lens. The Pixel 6 Pro’s telephoto lens is also a periscope lens, which means it lays lengthways down the body, allowing for a much larger zoom than would otherwise be available.

We haven’t had a chance to test these cameras yet, but Google is making a lot of huge claims where improvements are concerned. This includes a Magic Eraser mode to remove objects from your photos, a Motion Mode to take cool shots of moving cars or subway trains, and Face Unblur, which takes multiple pictures in order to make sure faces are unblurred — even when moving.

These are some fairly bold claims, but the Pixel phones have always sported some incredible cameras, and we’re quite sure these two phones will be no exception. In this match-up, though? Until we’ve had a chance to test them out properly, we’re giving this to the phone with the additional camera lens. The Pixel 6 Pro takes it.

Both of these phones will launch with Android 12, and thanks to the new Tensor chip, will get updates for even longer than previous Pixel phones. That’s because Google is no longer tethered to the whims of processor manufacturers (who largely decide which of their processors will update to new Android updates). By creating its own chips, Google has now entered the same space as Apple, which is able to support devices for much longer than normal.

But that’s all to be seen. For now, it’s fair to say these two phones will get the same updates at about the same time for the same period of time. This is an absolute draw.

Google’s focus, as usual, is on its Google A.I., so it’s no surprise the new Tensor chip is being used to supercharge the Pixel 6 and Pixel 6 Pro’s capabilities. The camera gets the majority of these improvements, of course, but expect to see improvements elsewhere and snappier (and better) responses from the Google Assistant.

Aside from this, the Tensor chip is also powering the Titan M2 security coprocessor. Google claims this has made the new Pixels the most secure devices in the world, making these phones worth considering if security is a priority. Throw in Google’s fun augmented reality features, and you’ve got two phones fairly packed full of special features. But there’s little to separate them here. It’s another tie.

The Google Pixel 6 and Pixel 6 Pro are currently available to pre-order and will release on October 28. The Pixel 6 starts at $599, while the Pixel 6 Pro starts at $899. Both will be available from a variety of retailers and across all major U.S. carriers.

It had to be: The Pixel 6 Pro has triumphed over its cheaper stablemate. The 120Hz refresh rate and extra camera lens turned out to be the most important elements in its victory, making the Pro model the one to buy if price is no object.

But really, look at how little separates the two. There are an awful lot of draws up there, and while these are preliminary results, we don’t imagine these scores will change too much when we finally test the two phones. The Pixel 6 is clearly an excellent smartphone with a lot to offer — and if an extra camera lens and 120Hz display don’t ignite your fire, the Pixel 6 is a real steal at $599. It packs in what is likely to be an incredible camera, the same processor, and a 90Hz refresh rate.