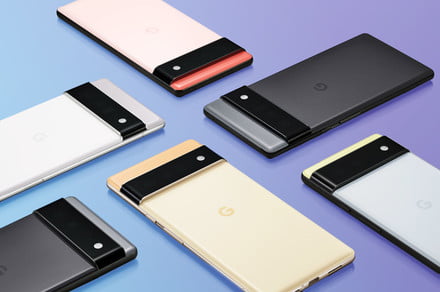 The Google Pixel 6 and Pixel 6 Pro finally have an official launch date and a livestream to go with it. The long-anticipated and much-leaked devices will be revealed during the Pixel Fall Launch event at 10 a.m. PT/1 p.m. ET on Tuesday, October 19. You’ll be able to watch it live right on Google’s Pixel Fall Launch landing page.

The confirmation of the event comes after the release of the Android 12 update on Monday, October 4. Oddly, the release didn’t hit the existing Pixel devices right away, breaking with precedent and raising questions among both users and commentators about whether Google was undermining the value of the Pixel devices.

Now it seems clear that Google has set it up so the Pixel 6 and Pixel 6 Pro will be among the first Android devices to run the Android 12 update, though Samsung is already far along, with OneUI Beta 4 2.0 running the update with Material You.

Google intends for the Pixel 6 and Pixel 6 Pro to be premium devices that can compete with flagships like the iPhone 13 and the Samsung Galaxy S21 Ultra. The phone will feature Google’s first triple-camera setup and it will be powered by a beefy in-house Tensor processor. We’ve already gotten a comprehensive set of leaks for both devices, seen the design in the wild, and even gotten a look at some camera samples.

While it might seem like there are no surprises to be had here, there is an outside possibility that we might see the potential launch of a Pixel Fold. That would put Google in direct competition with the Galaxy Z Fold 3 and Z Flip 3.

There’s no word on other hardware, but to see more about what we expect, take a look at our full Pixel 6 and Pixel 6 Pro roundup to get all the details and up-to-date specs.

Facebook
Twitter
Pinterest
WhatsApp
Previous articleThese are the best cases to protect your new Galaxy S20
Next articleIntel CEO says AMD’s lead is ‘over’ with the arrival of Alder Lake. But is it?
- Advertisment -