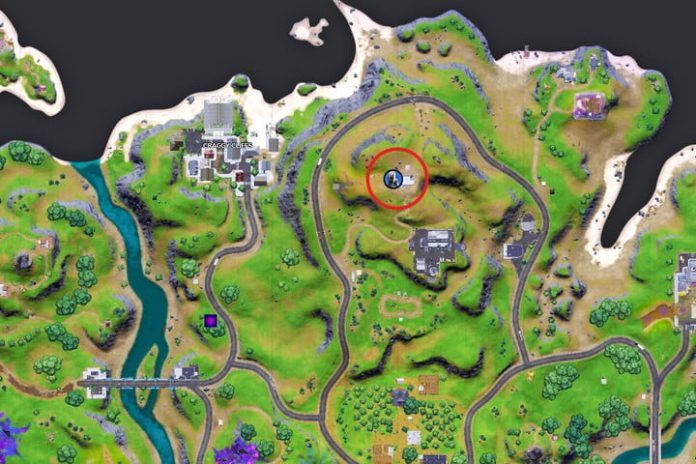 It’s time once again for a new batch of Fortnite challenges, this time for season 8, week 4. This week, you’ll encounter a new NPC named Nitehare who offers the Hop Awake Questline. Some of Nitehare’s quests are a little tricky, so you’ll want all the help you can get to complete them. In this guide, we’ll highlight the new Nitehare challenges, with guides on getting through all of them.

Below is a full list of Nitehare’s quests. Remember, you need to speak with Nitehare to trigger the questline. This NPC is located to the east of Craggy Cliffs on top of a hill.

Bounce three times on tires without touching the ground

Tires are found pretty much everywhere around the map, but if you’re looking for their specific locations, check out the image above. For best results, we advise sticking to the edges, as they’re less busy than the center sections. When you bounce off the tire, keep in mind that you’ll always need to adjust your positioning, so make sure you pay attention to where you are at the peak of the jump. Repeat two more times to gain credit for this challenge.

Use an alien jump pad at an alien crash site

Crash sites are the orange areas around the map that feature destroyed ships and slipstreams. Check the map above to see their locations. Thankfully, they’re the same each match, so no need to search. When you arrive, be on the lookout for pink launch pads, which are scattered around the crash site. Bounce from it once and you’ll complete the challenge.

Travel in an alien slipstream at an alien crash site

At the same crash sites are slipstreams, as indicated by elongated, pink turbines placed above the destroyed ships. You can build up to them or jump from the ship to enter. Once you do, travel for 100 meters, and you’ll earn credit for the challenge.

Damage an opponent with a grenade

This challenge is a little more luck-based since it will depend on whether or not you find a grenade. If you play it safe and loot every building you come across, you’re bound to find a grenade somewhere. For best results, we advise having multiple grenades in your inventory, just in case. From here, wait until you come across an enemy hiding in a structure they’ve built, and spam grenades at them. With a little luck, the structure will collapse and one of the grenades will damage them. Avoid throwing the grenades in open spaces since the enemy will have more opportunities to evade them.

Get an explosive elimination on a cube monster in The Sideways

For the final challenge, you’ll want to use a similar strategy as before, only this time, there are designated areas for you to visit called The Sideways. These are circular areas that appear randomly around the map. To find them, look on the map for purple circles. As you make your way to The Sideways locations, make sure you loot like crazy so you can get stocked up on grenades. After you do, enter The Sideways, shoot one of the monsters a little to decrease their health, and then chuck a few grenades at them. You must eliminate the monster to earn credit for this quest.