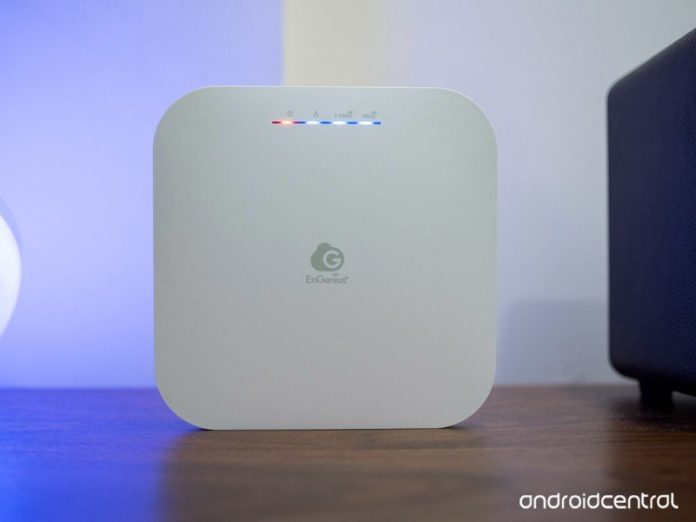 With cloud management and excellent throughput, the 2×2 ECW220 nails the fundamentals. 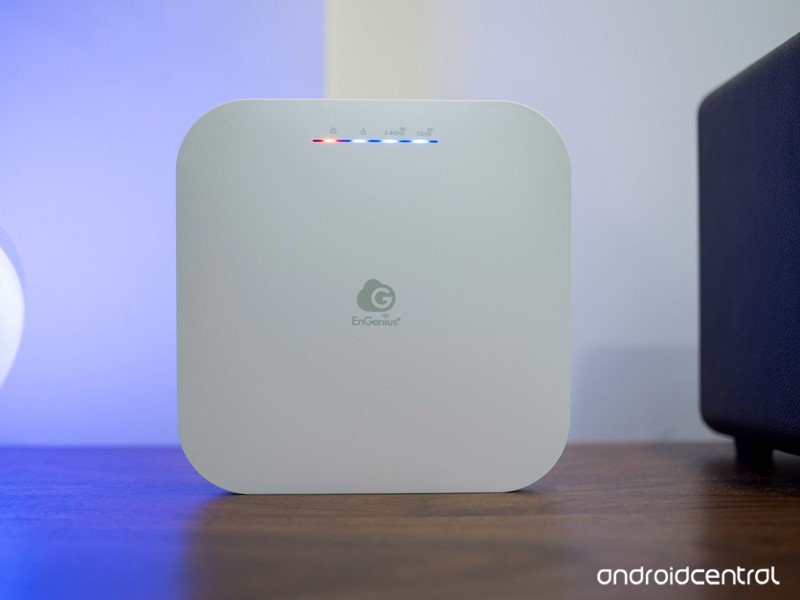 You can just pick up one of the best Wi-Fi 6 routers if you want to unlock the full potential of your home broadband connection; with Wi-Fi 6 mesh routers offering tri-band systems with a dedicated wireless backhaul, modern routers can deliver multi-gigabit speeds to your connected devices.

But I like the extensibility that comes with a wired router, so for the last four months, I used Ubiquiti’s UniFi Dream Machine Pro as my router, and the UniFi 6 LR and UniFi 6 Lite to blanket my home with fast Wi-Fi 6 coverage. Going with the UniFi build gives me the freedom to set up rules around internet access and better insights into the traffic that’s flowing in and out of my home network.

Ubiquiti has built its name around catering to the prosumer segment, offering a variety of switches, access points, and routing solutions. It isn’t the only one to do so; EnGenius is another brand that offers access points aimed at indoor and outdoor use as well as multi-gigabit switches. The biggest selling point for the brand is its cloud-managed interface that makes it easy to manage its access points from anywhere.

So if you’re looking for an easy way to extend the wireless coverage in your home or are trying to set up a home network from scratch and want a powerful access point, let’s take a look at what the ECW220 has to offer. 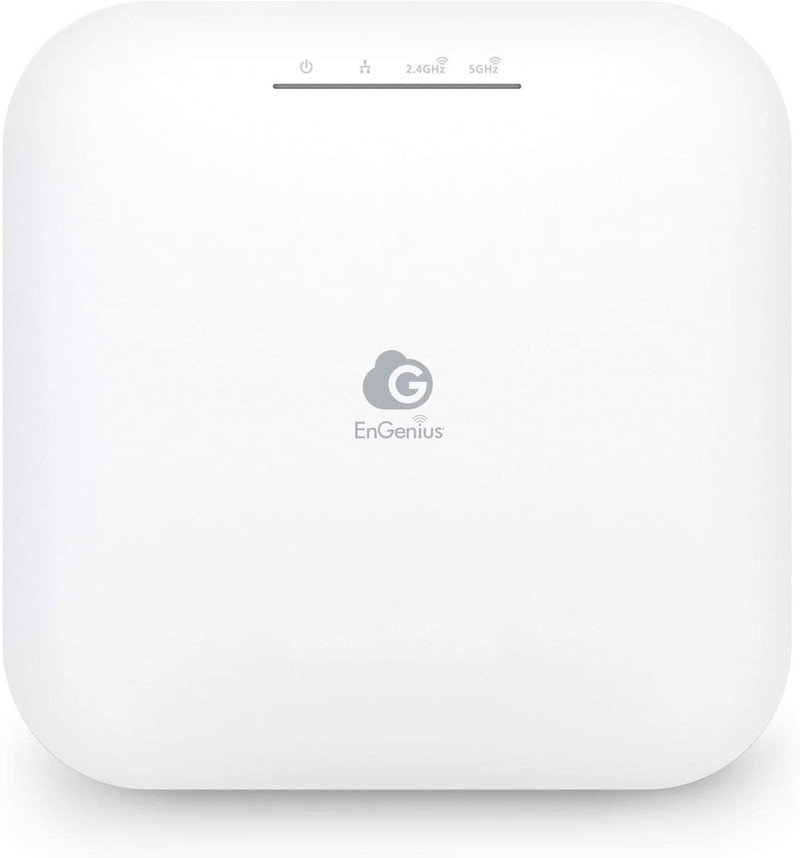 Bottom line: The ECW220 is a wireless access point that does a good job delivering fast Wi-Fi 6 and Wi-Fi 5 connectivity to all the devices on your home network. It is easy to set up and use, and the license-free cloud dashboard has an exhaustive list of features. It also has a minimalist design that blends into your home décor, and overall, there is a lot to like here. 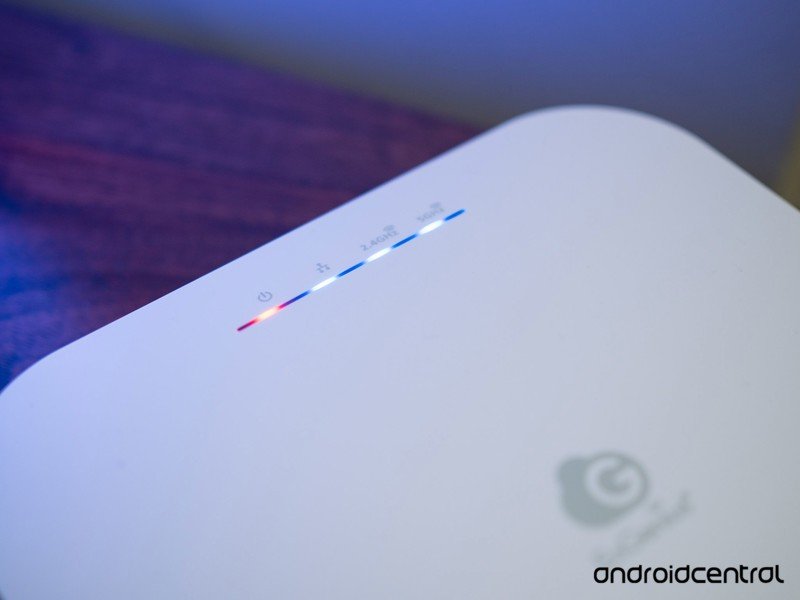 The EnGenius ECW220 is available in North America, and you can pick it up from Amazon for $365. It’s available for considerably less at dedicate networking stores, where it usually goes for under $300. It’s sold in a single variant, and comes with a two-year standard warranty. 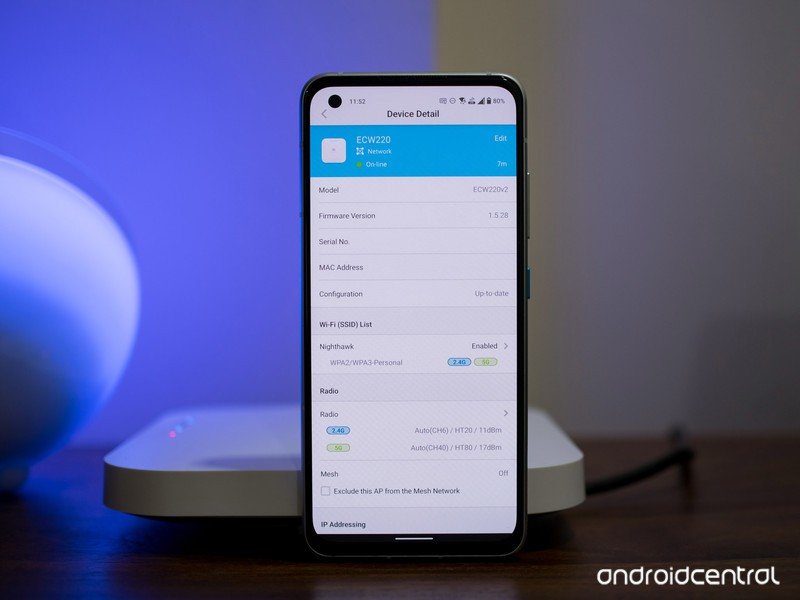 The ECW220 is a wireless access point with 2×2 MIMO antenna and Wi-Fi 6 connectivity, and it can deliver up to 1,200Mbps at 5GHz. Like all access points, it doesn’t come with any routing features of its own, so you will need to use it with a wired router. Alternatively, if you have Ethernet cabling in your home and want to extend wireless coverage, you can always connect the ECW220 to a switch that’s hooked up to the router.

The ECW220 is a great way to extend wireless coverage throughout your home.

As for the design, the ECW220 has a square chassis with rounded edges, and it is made out of plastic. The minimal design works well for the product, and you’ll find LED indicators for the 2.4 and 5GHz bands, LAN connectivity, and power. The underside has a metallic finish along with mounting points that makes it straightforward to install the AP on the ceiling — you’ll find the requisite mounting brackets within the package.

The ECW220 needs up to 12.8W of power, so you can use it with PoE switches in the market. There’s also the option to use a standard power adapter if you don’t want to go with PoE. 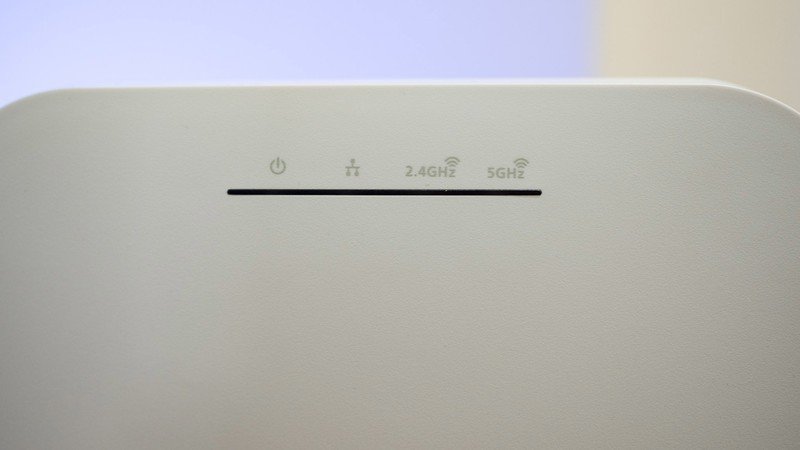 The standout feature on the ECW220 is the license-free cloud management. All you need to do is sign up for an EnGenius account and register the ECW220 using the QR code at the back. After it’s registered, you will be able to set it up and configure all the features. The EnGenius Cloud dashboard gives you an overview of real-time traffic and all the devices connected to the ECW220, and you get to change the SSID and radio settings, set up additional VLANs, and configure schedules as needed.

The ECW220 excels where it counts; you’ll get reliable bandwidth even with over 20 devices connected to the network.

With a Wi-Fi 6-enabled device, I got bandwidth of up to 364Mbps from 15 feet away, going down to 250Mbps at 35 feet and with two walls in the way. At a distance of 45 feet, I averaged 140Mbps, and these scores are in line with what I usually see from the UniFi Wi-Fi 6 hardware. The ECW220 holds up just as well for Wi-Fi 5 testing as well, and in general I’ve had zero issues with throughput in the time I used the access point.

I usually have over 20 devices connected to the same node, and even then the ECW220 was able to deliver consistent bandwidth without any bottlenecks. Obviously, not all devices use a lot of bandwidth at once, but even with simultaneous use there’s a lot of overhead here to ensure reliable connectivity.

While the web management has a lot to offer, you’ll be using the EnGenius Cloud To-Go mobile app to set up the ECW220, and EnGenius did a good job offering most of the features within the mobile client. There is a decent feature-set here, and the easy-to-use settings combined with the versatility make the ECW220 a great overall choice. 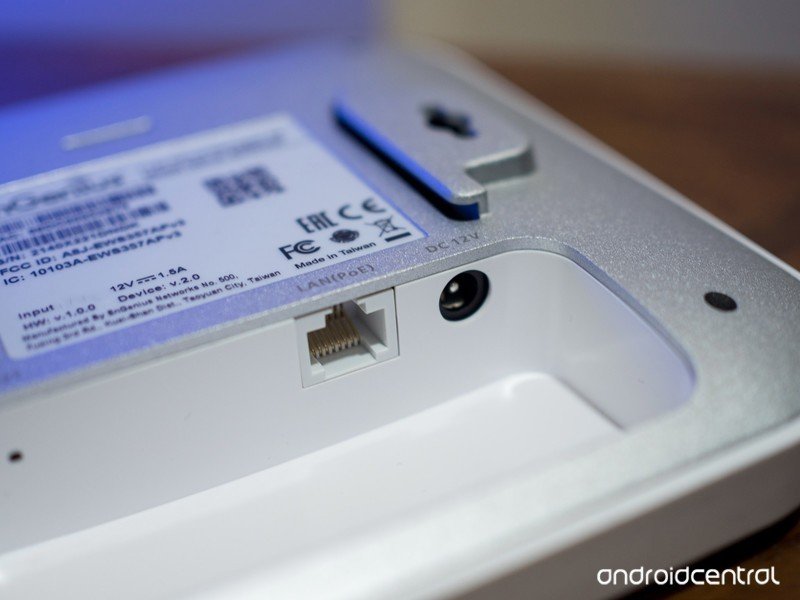 The ECW220 does a good job covering the basics, and while the hardware stands on its own, the fact that you don’t get a PoE injector or power adapter in the package is a bit of a letdown. It isn’t difficult to find a PoE switch that can power the ECW220, but considering what the access point costs, it would have been nice to see a power connector bundled with the package.

Another omission is the 160MHz channel; this prevents the ECW220 from being able to deliver multi-gigabit bandwidth. Again, this is one of those features that would be nice to have, but for a majority of users picking up the access point, it shouldn’t make too much of a difference in real-world use. The 80MHz channel has adequate headroom, and for low-latency use cases, you’re better off connecting your gear over Ethernet anyway.

Finally, the lack of an offline management interface will be a deal-breaker to a subset of the audience. EnGenius Cloud has been a revelation, but you will need an internet connection to pair the access point and manage it. 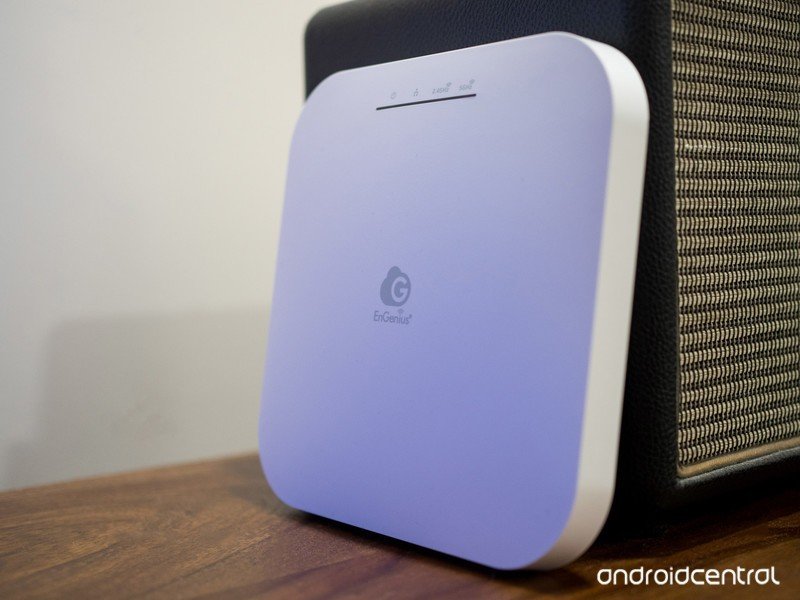 The obvious alternative to the ECW220 is the UniFi Wi-Fi 6 LR. It is more affordable at $179 and has 4×4 MU-MIMO, and it integrates seamlessly with Ubiquiti’s UniFi dashboard. I have noticed issues with high latency on a few devices and limited bandwidth if I get over 50 feet away, but for the most part, the UniFi 6 LR is a solid choice.

The Aruba Instant On AP22 is also a good alternative to consider. It is similar to the ECW220 in a lot of ways; its power threshold goes up to 10.1W, it connects over Wi-Fi 6 and has 2×2 MIMO, and it has a robust management interface.

EnGenius ECW220: Should you buy it? 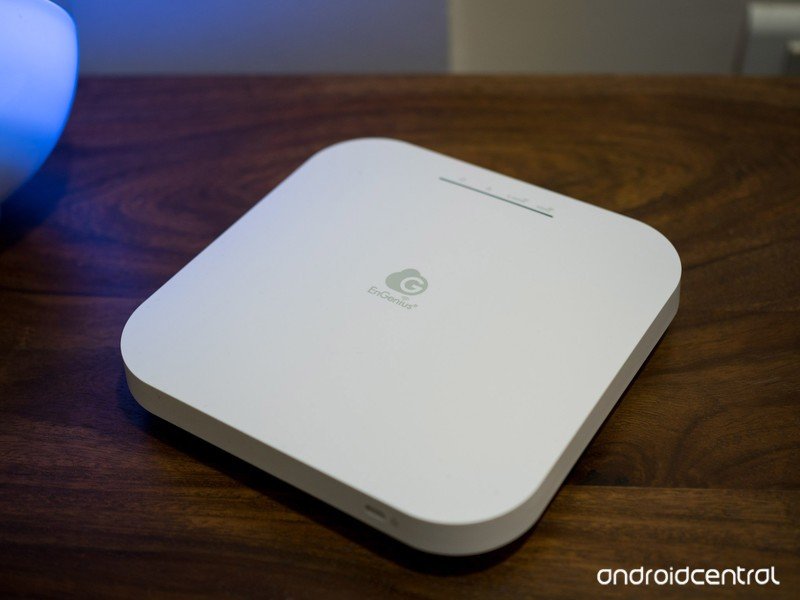 All things considered, the ECW220 gets a lot right. It has the hardware to deliver fast Wi-Fi 6 connectivity to several devices at once, and EnGenius’ monitoring dashboard gives you a lot of features and makes it easy to manage the ECW220.

Sure, it’s missing offline access, there’s no 160MHz band, and you don’t get a PoE injector in the box. That said, the ECW220 delivers the goods where it matters, and if you’re looking for a Wi-Fi 6 access point with low power use and great connectivity, this is a great option.

Bottom line: The ECW220 is a wireless access point that does a good job delivering fast Wi-Fi 6 and Wi-Fi 5 connectivity to all the devices on your home network. It is easy to set up and use, and the license-free cloud dashboard has an exhaustive list of features. It also has a minimalist design that blends into your home décor, and overall, there is a lot to like here.