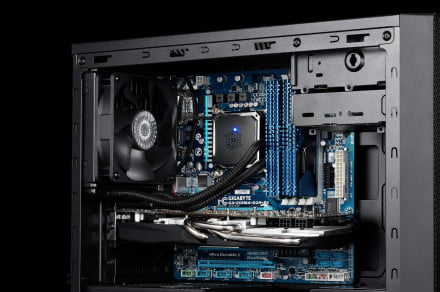 You’ve finally been able to upgrade that aging CPU to a modern Ryzen 9 5950X or Core i9-11900K. How do you really test your new CPU to see what it can do? There are a number of CPU stress tests out there, but we wanted to point out a few that were worth checking out.

Outside of building a new PC, there are other reasons to stress test your computer. Many gamers (or cryptocurrency miners) will overclock their CPU and GPU to squeeze as much performance out of it. If you’re going to overpay for a GPU, you might as well get your money’s worth, right? Additionally, businesses or schools that run high performance workloads may want to test their systems to see if they can handle the stress of sustained loads.

Before starting these tests, we’d highly recommend tools like HWMonitor, HWiNFO64, or Core Temp for keeping track of CPU temperature, clock speeds, and power. This can be a valuable resource for making sure your cooling solution is doing its job as these stress tests push your CPU quite literally to the limit. It’s so important that we have an entire guide on how to check your CPU’s temperature right here.

Prime95 is one of the most well-known CPU stress tests out there. It was developed by the Great Internet Mersenne Prime Search (GIMPS) in which the processor is used to find large prime numbers. Though Prime95 is not originally made to stress test the CPU, the strain in using the processor’s floating point and integer capabilities make it an excellent way to see what your CPU is capable of.

You can run different “torture tests” depending on what you’re trying to stress. The small fast fourier transforms (FFTs) can be a good way to see if there are any issues. The Large FFTs really punish your CPU while the blended tests really push RAM usage.

Unlike Prime95, AIDA64 is not free to use. The cheapest version is AIDA64 Extreme that will run you about $50 for three PCs while the Business and Engineer versions go for $200. This tool is obviously geared more towards engineers, IT professionals, and enthusiasts (as indicated by their various download options). Instead of purely stressing the CPU like Prime95, it simulates a more realistic workload that a CPU is likely to have. This is excellent for gauging workstation or servers that meant for sustained, high performance workloads.

AIDA64 is an all-in-one diagnostic tool that can be used to look at details of your particular system. In the System Stability Test, you can choose which component (CPU, memory, local disks, GPU, etc…) you want to stress. While the test is running, there’s a Sensor tab that lets you view the temperature of each CPU core and fan speeds. This can be invaluable to see if your system is being properly cooled and properly stressed.

Cinebench is another well-known free benchmark utility that you may have seen in various reviews. It was created by Maxon, the developer behind Cinema 4D, a 3D modeling software. Cinebench simulates common tasks within Cinema 4D to measure system performance. Specifically, the primary test renders a photorealistic 3D scene and uses algorithms to stress all CPU cores. The render is about 2,000 objects comprised of over 300,000 polygons.

The most version, R23, is able to run a ten minute thermal throttling test instead of doing just one single run. This can be useful at seeing how much you can push a particular system before it gets too hot. That said, the single run is still available in the advanced options. The newest version also adds support for Apple’s M1 silicon.