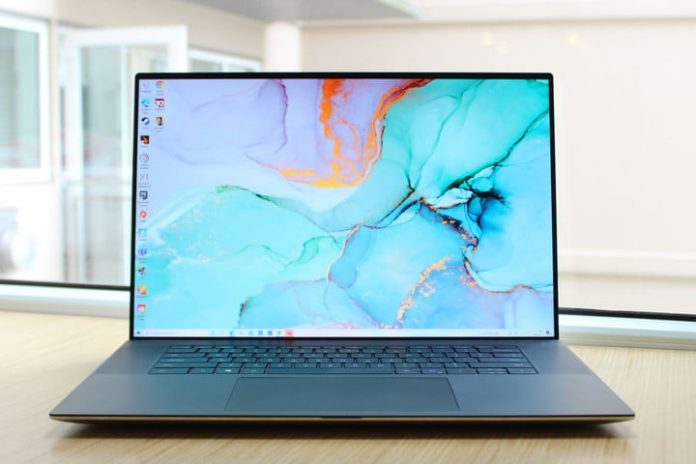 Dell has one of the most extensive laptop lineups around, ranging from the budget-oriented Inspiron to super-powerful Precision workstations. You’ll find Dell laptops on many of our best-of lists, including best laptops and best business laptops. If you’re looking for a premium laptop you’ll have to decide between a consumer-oriented XPS and a business-focused Latitude.

While there’s some overlap between these lines, significant differences exist that need to be considered. Here, we’ll provide an overview of the XPS and Latitude lineups to help discerning buyers make the right investment.

The Latitude line is more diverse, with a host of machines in 13, 14, and 15-inch sizes broken out into the 3000, 5000, 7000, and 9000 series (the second number designates the display size). The higher the number, the more powerfully configured, the longer the warranty, and the more expensive. In addition to the clamshell and convertible 2-in-1 designs you’ll find in the XPS line, you can also choose from several Latitude detachable tablets. However, you won’t find a 17-inch Latitude, giving the XPS line the distinction of hosting the largest laptop that Dell produces in either of these two brands.

All of Dell’s premium laptops are well-made devices, with robust chassis constructed of various materials, including aluminum, magnesium, and carbon and glass fiber. Typically, Latitudes have gone through certification of robustness to demonstrate to corporate buyers that they’ll last. But that doesn’t mean the XPS line is cheaply built — they’re some of the most rigid and robust laptops you can buy. You’ll find little to no bending, flexing, or twisting in the lid, keyboard deck, or chassis of any of Dell’s XPS or Latitude machines.

The XPS line is more aesthetically complex, with silver chassis, black carbon fiber or white glass fiber keyboard decks, and striking angles that create a simple yet standout look and feel. The Latitude line tends to be more conservatively designed, with sleeker lines, all-metal chassis, and a minimalistic look that better fits the boardroom than the coffee shop. All of Dell’s laptops are attractive, and unless you’re simply enamored with the XPS aesthetic, you’ll have a tough time choosing between these two lines on looks alone. Note that the XPS line has transitioned 100% to taller 16:10 displays and the tiniest bezels around, while few Latitudes have made that change. So, in that respect, XPS laptops are more modern — which is probably a better aesthetic reason to choose one.

There’s a wide range of keyboards available on Dell XPS and Latitude laptops, and some are better than others. It’s safe to say that you’ll get excellent keyboards on most XPS machines (the XPS 13 2-in-1’s keyboard is quite shallow, which some users might not like) and a mix of keyboard quality on Latitude machines depending on the model. Touchpads are the same way, although the XPS 15 and 17 have the best touchpads you’ll find not only on Dell laptops but among all Windows 10 laptops, period.

The biggest difference between the two lines is the suite of business-friendly security and other features that Dell builds into the Latitude line. Features like ExpressSign-In that uses a proximity sensor to detect that the user is present to wake up the laptop and log in via an IR camera and Windows 10 Hello, and ExpressConnect that automatically connects to the strongest access point in an office, differentiate the Latitude from the XPS. Really, if you’re a business user working for a company with an IT department that’s responsible for managing your laptop, then you’ll likely be handed a Latitude rather than an XPS. It’s simply that much better for business.

Another significant difference between XPS and Latitude machines is connectivity. The XPS line has gone all-in on USB-C and Thunderbolt 4, without a single USB-A or other port to be found. You’ll be using dongles to connect to legacy devices. Latitudes tend to have more connectivity, again to meet the needs of businesses that don’t want their users relying on dongles to connect to legacy devices. USB-A, HDMI, WWAN (LTE and 5G), and even Ethernet ports are available on various Latitude laptops, making them by far the more conveniently connected machines. All modern Dell laptops use Wi-Fi 6 and Bluetooth 5, but as just mentioned, you’ll find both LTE and 5G WWAN options on various Latitudes that you won’t find on any XPS.

If you’re looking for solid productivity performance, either the XPS or Latitude lines will meet your needs.

If you’re looking for solid productivity performance, either the XPS or Latitude lines will meet your needs. If you’re looking for running more demanding tasks like video editing, then the XPS 15 or 17 will be more up your alley. The same goes with gaming — the best gaming machines in either of these lines are the XPS 15 and 17, although those are entry-level gaming machines at best.

The XPS line offers the best displays, at least at the high end. As mentioned earlier, they’re all taller 16:10 displays and so great for productivity. They also offer the widest and most accurate colors, the brightest displays, and the highest contrast. In addition, you can get inky black and brilliantly colorful OLED displays in the XPS 13 and 15, something that’s not available in the Latitude line.

You’re also more likely to be limited to Full HD (1920 x 1080) displays in the Latitude line, even in the 15.6-inch models. All XPS machines have UHD (3840 x 2160) options. Touch-enabled displays are optional in both XPS and various Latitude laptops.

If you’re a creator who wants the best possible display for photo or video editing, then the XPS line will offer you just that. Since most business tasks don’t benefit so much from rich color, the Latitude line aims at offering features like low-power panels rather than high resolutions and creative-level colors support.

As mentioned before, the XPS line has the smallest bezels and thus the smallest chassis, at least considering their 16:10 displays that add some depth. The XPS 13, 15, and 17 are among the smallest laptops you can find in their sizes. You can get small bezels and laptops that are among the thinnest and lightest in their class in the Latitude line, but for overall portability, the XPS machines win out.

Battery life is a different matter. While Full HD+ (1920 x 1200) XPS machines can get decent battery life, they can’t hold a candle to the longest-lasting Latitudes. You’ll find larger batteries in certain Latitude laptops, and the low-power displays mentioned above contribute to some of the longest battery life you’ll find. That’s a feature aimed directly at business users, who are likely to spend time on the road and thus demand long battery life.

Unless you’re a business user, get an XPS

Both the XPS and Latitude are true premium lines. Even so, you can get versions of each starting around $1,000 while they’re similarly priced at the high end. Note that the XPS line comes with a one-year warranty while the higher-end Latitude machines come with 3-year warranties.

If you’re a business user, especially if you work in a larger organization and need the most business-friendly features, then you’ll be happiest with a Latitude. Everyone else, though, will love an XPS for its great looks, excellent performance, and superior display options.

Facebook
Twitter
Pinterest
WhatsApp
Previous articleIt took me a month to fall for the Galaxy Z Fold 3, but now I’m quite smitten
Next articleHow to test your webcam to make sure it’s working
- Advertisment -