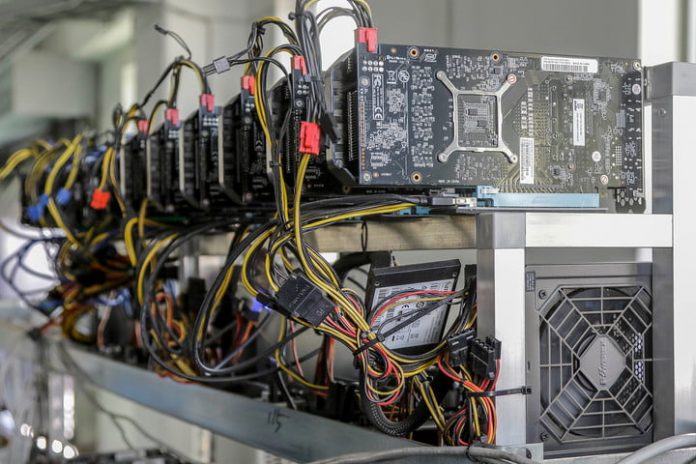 When Nvidia introduced its Lite Hash Rate (LHR) GPU cores, it seemed like an answer to cryptocurrency miners. Like the limiter featured on early RTX 3060 models, though, miners have found another way to bypass the LHR cores — and this time, they can take full advantage of the GPU’s power.

To combat the demand from miners, Nvidia added Lite Hash Limiter technology to its new graphics cards. That included all cards except the RTX 3090. This was meant to make them much less attractive to Ethereum (ETH) miners, as the LHR core limited the ETH hash rate, but it seems that the miners come out on top.

NBMiner was the first to bypass the limiter by restoring up to 70% mining performance to Nvidia’s RTX 30-Series cards. While this brought back a large portion of the card’s mining power, it still left 30% unused. However, mining enthusiasts found another workaround. Cue T-Rex — a program that allows its users to dedicate the remaining 30% of GPU power towards mining a second cryptocurrency.

While T-rex lets users mine two currencies at once, only 30% of graphics card power can be dedicated to mining ETH. The remaining 70% can be put towards mining something less profitable instead. This is an interesting choice that might make the software less profitable to those who strongly prefer maximizing the much more expensive Ethereum mining potential.

Anyone who has tried to build a PC in the last year or so knows full well that the market is difficult right now. The best graphics cards are amongst the most difficult components to find. Nvidia RTX 30-series GPUs are excellent for mining. Add to that the fact that there aren’t many cards in stock to begin with, let alone at their recommended prices, and also the fact that most are snapped up by scalpers — we’re left with a bare market and many frustrated PC builders.

It’s worth noting that not all of Nvidia’s RTX 30-Series graphics cards will be able to mine two cryptocurrencies at once. Different coins have different video memory (VRAM) requirements, which means that certain pairings will not be made available to the owners of Nvidia GeForce RTX 3060 Ti and RTX 3070 Ti cards. On the other hand, RTX 3080 Ti owners should be able to pair most currencies, as these cards have at least 12GB of VRAM.

Although Nvidia has tried to make sure that its newest GPUs will only be bought by regular users, it seems that this was a largely failed attempt. Cryptocurrency miners continue buying and using Ampere cards in droves. That means bad news for the (already struggling) graphics card market, as we may not see an improvement in stock levels until late 2022.