HomeHow toBack 4 Blood enemy guide: How to kill all Special Ridden
How to

Back 4 Blood enemy guide: How to kill all Special Ridden 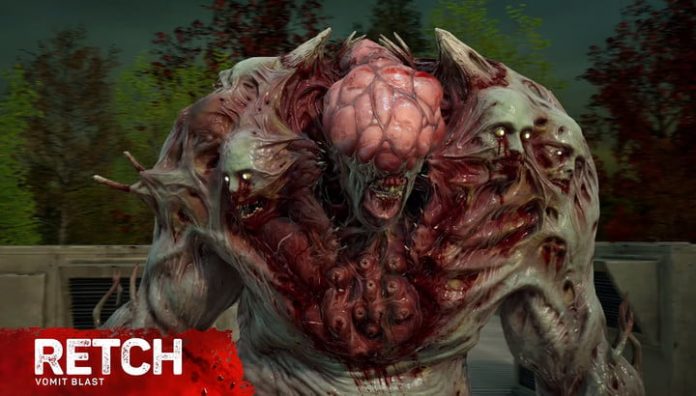 As if fending off hundreds of zombies wasn’t hard enough on its own, Back 4 Blood includes several Special Ridden that bring unique skills to the battle. Some can scale buildings and shoot at you from a distance, while others will charge straight ahead and attempt to catch you off guard. Regardless of which you’re facing, taking them down requires patience, teamwork, and a steady hand.

Here’s what you need to know about defeating Special Ridden in Back 4 Blood — from the terrifying Ogre to the diminutive Stinger.

These Special Hidden are easily spotted by their bloated body and shambling movements. Reekers come in a few different flavors — including Exploders and Retches — but they’re always a threat at close range. These deadly Ridden explode after being killed, making it imperative you communicate with your team to ensure no one gets caught in the blast zone and attracts unwanted attention from nearby zombies.

Taking out Reekers is a simple process on paper but becomes difficult when there are other Special Ridden nearby, or if a horde has been alerted. Regardless of what’s happening around you, there are a few guidelines when engaging with these brutes:

The aptly named Tallboys tower above all other enemies on the battlefield. Surprisingly agile, these Ridden will sprint forward in short bursts before slamming their gigantic (and deadly) arm onto their target. Beyond dealing damage at close range, they’re surprisingly spongy and can soak up plenty of bullets before finally going down.

Included in this family are the Bruisers and Crushers, which offer slight twists to the Tallboy formula, but can be dealt with in much the same way.

Although they go down easy, Stingers — and their Stalker and Hocker variants — are some of the most frustrating enemies in Back 4 Blood. These acrobatic Ridden have no problem climbing to high vantage points or slinking across walls before ambushing you with a close-range attack or immobilizing projectile. You’ll only need to dole out a few good shots before they go down, but trying to hit the small, agile target isn’t as easy as you’d think.

Here are a few tips to make your Stinger hunt a bit easier:

Beyond Stingers, Tallboys, and Reekers, there are a few other Special Ridden you’ll encounter in Back 4 Blood. They aren’t as common as the above list, but they still pose a very real threat to your journey to the next safe room.

Significantly larger than the towering Tallboys, Ogres are without a doubt the most fearsome Special Ridden in the game. This beast can be found on a variety of levels, and you’re best served simply running away from it. If you have the firepower, however, you can take down an Ogre by shooting its weak spots — indicated by the bright spots on its neck, upper back, and chest. Deal enough damage or run far enough away, and the Ogre will burrow underground. Be cautious of this, as it could rear its ugly head later in your campaign.

Hags are among the rarest of Special Ridden, so you won’t stumble upon many during your time with Back 4 Blood. When you do find one, however, keep out of its way. Attacking one will launch it into a frenzy, which won’t stop until it’s been shot down. If you do happen to startle one, run away as fast as you can while your teammates lay down suppressing fire. Hags can only deal damage at close range, and your only hope for escape is staying on the move.

Essentially a tank in zombie form, Breakers are capable of withstanding a tremendous amount of lead before finally dropping. These beasts chase whichever person happens to be closest — before throwing down a deadly barrage of melee attacks. Your best bet is running away and letting your team shoot at its bright weak spots located on the lower portion of its torso and up around its neck. Be on the lookout for its leaping attack if you get too far away, but other than that it’s a simple game of cat and mouse … and hoping your team can bring it down before it gets to you.

They won’t actively engage in combat, but they’ll alert a horde of Ridden if disturbed. Do everything in your power to stay out of their way — and definitely don’t shoot at them unless they’re already screeching.