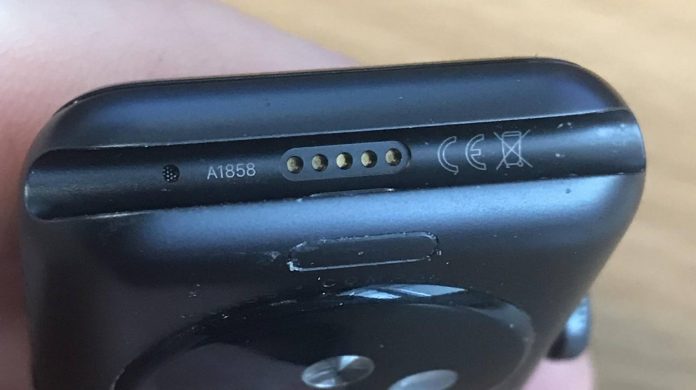 Last month, FCC filings revealed that Apple Watch Series 7 models are equipped with a new module that enables 60.5GHz wireless data transfer. This module is not advertised on Apple’s website and is likely for Apple’s internal use only.

The lack of a diagnostic port on Apple Watch Series 7 models likely explains the addition of the 60.5GHz wireless data transfer module. FCC filings indicated that the module is only activated when the Apple Watch is placed on a proprietary magnetic dock with a corresponding 60.5GHz module, so it sounds like Apple might use this dock to perform diagnostics or restore watchOS wirelessly on Series 7 models.

It’s also worth noting that Series 7 models feature IP6X-rated dust resistance, so perhaps the diagnostic port’s removal helped with that to some degree.

Facebook
Twitter
Pinterest
WhatsApp
Previous articleApple Seeds Fourth Beta of tvOS 15.1 to Developers
Next articleDeals: Save on Apple Pencil 2 ($19 Off) and M1 Mac Mini ($149 Off) on Amazon
- Advertisment -