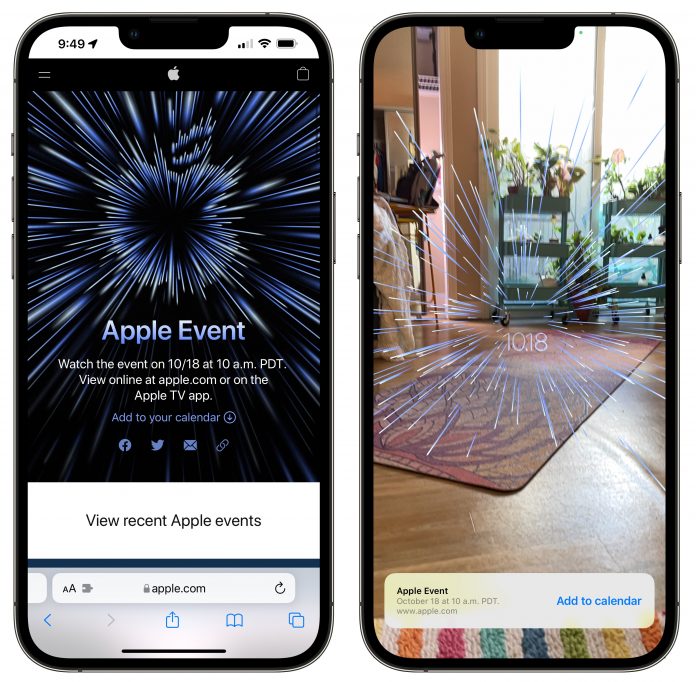 Apple just announced its second fall event, which is set to take place on Monday, October 18. As usual, the Apple Events webpage features an augmented reality logo that you can see when viewing the page on an iOS device.

Open up the Apple Events page on an iPhone or an iPad and then tap on the logo to open the augmented reality interface. Apple asks you to scan around the room and then projects the graphic from the event invite into the area.

For the Unleashed event, the augmented reality view features beams of blue light that are arranged in the shape of an Apple logo, along with the date “10.18.”

Apple’s October event is expected to focus on new MacBook Pro models, but we could also see the AirPods 3 and a refreshed version of the Mac mini. Apple plans to livestream the event, but MacRumors will also have live coverage both here on MacRumors.com and on our MacRumorsLive Twitter account.Tags: Apple event, October 2021 Apple Event
This article, “Apple Highlights Upcoming October 18 Event With Interactive AR Logo” first appeared on MacRumors.com